Andrew Sullivan wrote an interesting article a couple of weeks ago about how immigration was handled during the Democratic debate. He argues that the candidates painted themselves into a corner. Basically they advocate policies that are going to massively increase migration into the country. It is not unfair to say that the Democrats are arguing for open borders.

Why are the Democrats pushing such policies? Do they have a principle stance for the betterment of our country? I wish. It is more likely some combination of hatred of Trump and believe that new immigrants will eventually vote for them. I will not carry a drop of water for the Democrats.

I am often frustrated when the topic of immigration comes up. It is a complex issue easily reduced to sound bites. “Kids in cages.” “Build the wall.” In the past, I personally favored a comprehensive policy that strengthens the borders, but with pathways to least legalization, if not citizenship, for those here now. As for refugees I have favored spending money on judges and systems to quickly adjudicate those claims.

My inclination is to be as generous as possible, but I have not been in favor of open borders. The reason why I have not favored open borders is because we cannot handle all who would come here. Compared to most of the rest of the world, and especially those in Central and South America who have access to our border, coming to the United States would be a great economic opportunity. Immigrants are generally good for our society, but there is a limit to what we gain if too many come at the same time. Any decent economist will tell you that an influx of a lot of unskilled labor will depress the wages of other laborers. Furthermore, our social systems can only handle so many individuals.

So I have believed that there has to be a limit to our generosity. Thus, the notion of open borders, or policies that are functionally open borders, have not appealed to me. I envisioned them as impractical and unwise.

But I have begun to reconsider that stance. I still see open borders or open borderish policies as problematic to our economy and society. But perhaps that should not be the deciding factor in whether to promote a policy. What if the right thing to do is to accept that our economy will suffer from importing a great number of migrants, but we accept them anyway? Would that be the Christian thing to do?

In some ways it is easy for me to consider supporting policies that open up our borders. I am a college professor and unlikely to face occupational competition from those who come across our borders. I may have to pay a little more in taxes, but I will do okay. Those in the middle and lower class will bear much more of the burden of such polices. It is sometimes too easy for professionals to take moral stances when it is blue collar workers who pay the price.

Furthermore, there may be a level where immigration does so much damage that it harms all of us. We may be able to incorporate 10 million individuals with minimum problems. Incorporating 100 million may strain our social system so much that we all suffer greatly and those immigrating do not get the improvement they are seeking. I wish we could get the nonpartisan analysis needed to know about the effects of immigration at extremely high rates.

It is important to engage in introspection and occasionally challenge our previous ideas and convictions. But changing one’s perspective is not easy and I am not completely ready to support open border yet. Right now I have more questions than answers. But I do think this is a seed change for me as it concerns issues of immigration. Even if I do not eventually go all the way to supporting an open border policy I am certain to become even more willing to take in refugees and immigrants than I have been in the past. But for right now you can say that I am “on the fence” about our fences. 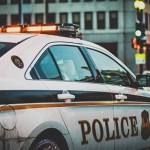 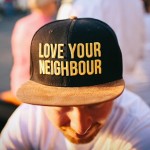 Evangelical
Why Christians Should be the Biggest Advocates of...
Shattering Paradigms

How Not to Interpret the Bible. Part Nine....
What exactly is the pathway to the Kingdom of God and what...
view all Evangelical blogs
What Are Your Thoughts?leave a comment