Politics and the Progressive Christian

I spent the first two of my first three blog entries (seen here and here) introducing myself. Now I am ready to dive into issues. As I stated in the first blog, I will tend to alternate between long essays and short pieces. This will be my first longer essay, and I will start with some of my latest research.

As a Christian I have wondered about the possibility of Christians becoming united. In racial issues this would mean multiracial churches and ministries. I have written quite a bit about that. But I have even thought about the denominational and theological divide. I mean if all of us Christians follow Jesus, then is it not possible that we can come together and support each other? I know we cannot agree on everything, but surely there are ways we can work together for a common goal. My latest bit of research has convinced me how Pollyanna my thinking has been.

However, I do not think the same can be said for progressive Christians. It is hard to think of an issue where they critique political progressives from the middle of the political spectrum, but if there is one, then it may be abortion. There are pro-life progressive Christians such as Jim Wallis, Rachel Held Evans and Benjamin Corey. I invite you to read their postings on this topic. They oppose abortion, but you will note how much they downplay the need to change abortion laws. Instead they focus on creating social conditions that will result in fewer abortions. That is nice, but if you really think that abortion takes an innocent life, then would you not only want to create conditions that reduce abortion but to actually pass legislation that outlaws it? If we had slavery in society would we want slavery outlawed or merely change society so that there is less incentive for slavery? This is in contrast to the conservative Christians wanting immigration reform, or new laws, and not merely to have better social condition for immigrants.

This is not about whether immigration reform and/or a pro-life position is the appropriate Christian response. But if you believe that God wants to treat the immigrant well and thus want immigration reform, and you belong to a political party working against that, then it makes sense that you should make waves inside your party. You are even going to anger members of your party precisely because you are not accepting the party’s stance (Mention Russell Moore’s name among Christian immigration hawks and be prepared to duck. He has paid a price in his standing among conservatives for his position on immigration.). And if you believe that God does not want children killed in the womb, and you belong to a political party working to allow that, then it seems to me that you should advocate laws that limit or eliminate abortion except for the most unusual circumstances. You would so this even if it meant that members in your chosen political party did not like you doing that. Pro-immigration reform conservative Christians have prioritized their commitment to immigration so high that it supersedes their traditional political loyalties. The pro-life progressive Christians, for the most part, have not made that level of a commitment. For me the most logical reason for this lack of commitment is the priority of maintaining political alliances over Christian principles. This is a harsh statement, but given the findings of my research, this conclusion fits and explains a major difference between conservative and progressive Christians.

Now my arguments may be right or may be wrong. Perhaps in the future I will gain the qualitative data to investigate this further. Perhaps I, or some other scholar, will rework a quantitative data set and come to a different finding. But please do not clog up the comment section with claims that you or someone else is a progressive Christian who puts religious beliefs before political positions. Or do not tell me that you know conservative Christians who put politics before theology. Academic findings are not absolutes. Men make more money than women, but Oprah Winfrey can buy and sell about 100 men like me. Her wealth does not negate the reality that men make more money than women. Likewise stating that a given progressive Christian and his/her friends are all motivated by religion does not negate the findings of systematic research.

I normally am a pretty optimistic fellow. But I have had to let go the dream of a united Christian presence in the United States. Rather than trying to figure out how to work together, it seems that conservative and progressive Christians have to find ways to tolerate and live with each other. Learning how to get along with each other is valuable. Looking to be allies is likely a waste of time. 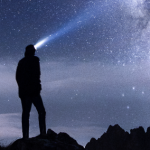 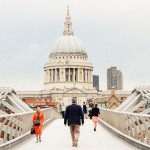 What Web Sites Would You Recommend?
Here on our weekly Cranach community discussion, you have recommended books, streaming...
view all Evangelical blogs
What Are Your Thoughts?leave a comment

13 responses to “Politics and the Progressive Christian”