Who is Antiracism for?

I have had a little theory about support for antiracism. My theory is that it is not a philosophy relatively popular with African-Americans, but rather it is a philosophy relatively popular with the highly educated class. However, I did not know of a way to test this theory. I could not find a national probability data set that allowed me to compare antiracist beliefs with different demographic groups. And then it hit me. I had already done that test.

I did a little peer review article published about twenty years ago. I had forgotten about it since it was in a very minor journal and never got much play. But, with some caveats, that article did precisely what I was looking to do. The data was collected with national probability sample. I used two scenario questions assessing whether blacks could be seen as racist. And I ran the appropriate regression tests to answer the question about the importance of race and education in determining whether individuals could envision blacks as racist.

In one scenario a group of black teenagers are angry at their school administration. In their anger they assault a white classmate, at least in part because he was white. In the second scenario, a black professor grades all her students fairly. But she spends extra time with the black students since she believes they need the attention to help them overcome the effects of prejudice. In both scenarios we asked the respondents if these were examples of racism.

Before I report on the results let me first discussed whether being able to see blacks as racist is a measure of accepting an antiracist philosophy. In an ideal setting I would have multiple measures investigating antiracism. But we did not include other potential beliefs (i.e. America is intrinsically racist, Whiteness as evil) of antiracism in this survey and you have to go with what you have. Most antiracists would argue that blacks cannot be racist. Kendi does argue that blacks can be racists if they adopt a racist philosophy. But he is an outlier and I am willing to bet that belief about whether blacks can be racist strongly correlates with other antiracism beliefs. Until we have a national survey that ask those questions (hint, hint, to those constructing the surveys), I will not be able to empirically substantiate that assertion.

At the time I published the article I downplayed a finding that today I find very insightful. Education is significant while race, at least between whites and blacks, is not. The more education one has, regardless of race, the less likely one is to believe that blacks can be racists. It remained significant after the application of appropriate demographic and social controls. Thus, education is more important than race in predicting belief about whether blacks can be racist. Rather than blacks being drawn to this antiracist belief, it is more highly educated individuals who are more likely to adopt them.

Let me put a few disclaimers out there. This research is approaching 20 years old and we can argue about whether it is relevant today. Also, it would be ideal to test other fundamental beliefs in antiracism as I would love to see data in national samples that would allow for such tests. Third, we do need a careful investigation about whether this effect would also be found with Asian and Hispanics if we had properly calibrated questions. So, this study is not the last word on the question about who supports antiracism.

Despite these potential problems it is worth considering the implications of these results if examinations of similar antiracist beliefs follow an identical pattern. If they do then education is the big factor of who accepts a philosophy of antiracism. The average black is not pushing for antiracism. It is the educated black who is making this push. But alongside that educated black is the educated white. We have an educated class supporting a given social ideology theorized to aid people of color. Yet people of color may be no more likely to support those ideas than whites.

So, it is reasonable to ask for whom antiracism does serve? To be clear there are those who may argue that people of color do not realize the true value of antiracism and that ignorance is why they do not support it any more than whites. I find such an argument incredibly patronizing. It implies that we do not know what is good for us and we need our educational handlers to intercede for us. People can make mistakes in what they want or what they request, but generally we accept that a given individual is best situated to know what he or she needs.

This reminds me of a story I was recently told by an undergraduate student. The student, who is white, talked about having to watch a program at her school that pushed antiracist ideals. She talked about that program with a black man who also watched the program. He was not impressed. He felt that the program pushed only a single point of view and did not allow him to get the full range of information he wanted. I am certain that the university’s administrators felt that they were serving that black man with their program. But they forgot to ask him about what he wanted and assumed to know what was best for him. When highly educated individuals decided to speak for all people of color, then you have a problem because those individuals are often disconnected from the concerns of middle- and lower-class blacks. They will get their ideas from well-educated blacks who share many of their similar societal outlooks due to their shared educational training.

These findings and that story reinforce a belief I have that antiracism is not truly for the benefits of people of color, but rather it serves certain sociological, and maybe even psychological, needs of the elite educational class. The fact that antiracism is not effective in reducing prejudice is irrelevant since ending racism is not the real purpose of this philosophy. Serving the cultural interests of the educated is its purpose. In time I may speculate about what sort of needs the embracement of an antiracism philosophy is meeting for an educational elite. I think that is best left for a topic in a new blog. But for now, I need not articulate why the highly educated prefer to adapt antiracist beliefs. The empirical evidence suggests that the desire for antiracism is driven much more by the highly educated than by people of color. Given the power of the highly educated to shape our cultural values, we should expect to see promotion of antiracism for some time to come. 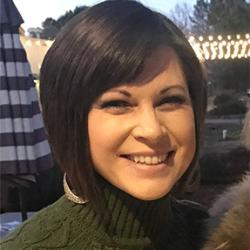