I’m thrilled to announce that Patheos has offered to host my blog here on the Pagan channel! I formerly wrote “Jewish Witch” every two weeks and posted everything else on my WordPress blog, This Dusty Earth; now you can find all my online writing here at Shekhinah Calling.

Shekhinah, a Hebrew word meaning “indwelling,” is known among modern Jews–especially Jewish Pagans and Witches–as the feminine Divine, or the Goddess. Like the Star Goddess of Feri and Reclaiming Witchcraft, Shekhinah is immanent and nondual. You are Shekhinah. I am Shekhinah. Shekhinah is everything around us. We both honor her as the Great Mother who birthed us and live as cells in her body. When the Shekhinah calls me, it’s not the voice of a goddess who’s somewhere far off in space. It’s my own deepest, divine self, seeking to bring me back to my source. When I read the Charge of the Goddess, silently or in ritual, I am a Witch reminding myself of the Goddess, and the Goddess reminding herself of herself.

Some stuff about me:

My personal spiritual practice is a blend of Reclaiming Witchcraft, Secular Buddhism, and Jewish tech. I practice magic and lovingkindness and meditate and observe Shabbat. Sometimes it feels like a whirlwind, but overall it works.

I help priestess public rituals for Reclaiming Los Angeles. If you’re in the area, you should come to one!

I work closely with two deities: the Morrigan and Cernunnos. For awhile I called myself a dedicant; now I more often call myself a devotee. Sometimes I use the terms patron deities or allies. For awhile I struggled to define what exactly I was in relation to these beings I love so much, but now I’m working on letting go of the need to analyze and define.

I also sometimes work with Inanna, Aphrodite, Hermes, Hekate, and other deities. Polytheism isn’t the main thrust of my practice, though; if I had to label myself, I’d label myself a nature-centered Witch.

One thing I’m working on right now is finding and speaking my truth. For instance: when I started working with the Morrigan, I strained for months against my strong and persistent perceptions of her as an earth goddess because that perception felt too close to a mother goddess, and I’d been told that that gnosis was false and bad. However, after reading Stephanie Woodfield’s Dark Goddess, studying the source material and scholarly literature, hearing the experiences of other Witches, and working with the Morrigan’s aspect Anu, I embraced her guise as a fierce, bountiful mother and protector of the land. This relationship doesn’t diminish her other aspects, as some people assume; it also illustrates the fact that “mother goddess” is not synonymous with “The Creatrix of the Universe” or “soft gentle fuzzy goddess.” (Sometimes I suspect that our ideas about mother goddesses are as unhealthy as our ideas about mothers.) One of the most exhilarating things about working with a shape-shifter, though, is that the moment you think you have her figured out, she slips into a new form. I know my understanding of her will continue to evolve. I look forward to writing more about my experiences with her in future posts.

In my other life, I’m a fiction writer. I wrote a novel and although the publisher is, sadly, defunct, I have some copies you can buy for cheap. Booklist liked it! Please support the arts and help me clear out my closet!

I have a two-year-old daughter who is teaching me how to embody Shekhinah.

I like knitting, especially lace. I’ve also taken up spinning with a drop spindle. This year I sewed a doll and a Halloween costume for my daughter, so it looks like sewing is the new frontier.

By day I work as a librarian, and I think a lot about the ways in which power structures shape what information we have access to and what we perceive as “true.” For instance: if you look up “Heathenism” in the Library of Congress subject headings, you’ll be redirected to “Paganism,” which refers to ancient Paganism. “Asatru” comes up with nothing. However, Wicca does have a subject heading. This means that, to a library user unfamiliar with modern Pagan movements, Wiccans exist, but Heathens do not. For another example, see the recent Time Magazine article about Witchcraft. The information we’re able to access defines large swaths of our reality. You can probably see that this has deep implications for social justice; systems of oppression rely heavily on “common knowledge” that is often false. Lately I’ve been interested in how power structures influence personal gnosis and other Pagan concepts.

And speaking of social justice–liberation and nonviolent resistance are at the core of my spiritual practice. I’ve written before about how I suspect that the Morrigan is rising to prominence not only because the Earth needs warriors to protect it, but because our civilization, in its current incarnation, is dying. The Morrigan’s role as psychopomp has been on my mind a lot lately. We need help transitioning to our next iteration.

I have depression and anxiety. A quick FYI: violent speech (name-calling, condescension, threats, etc.) triggers anxiety attacks in me, so please remember that I’m an actual person when you disagree with me. I’m not saying you need to walk on eggshells; I’m just saying that you can be passionate about something and still be decent to people. Anxiety is a disability like any other, and I have strategies in place for when a topic gets heated.

My worldview and practice are constantly evolving, so something I write in one post may not necessarily reflect what I believe later. Conversely, sometimes I make a grand declaration only to find that I wrote essentially the same thing months earlier without quite realizing it. When you blog, you display your evolution as a thinker for all the world to see, and it can be messy.

Here’s a picture of a space cat dressed as a hamburger, simply because I really like it a lot:

I’m humbled and honored to be here among such fantastic Pagan writers. Let it begin! 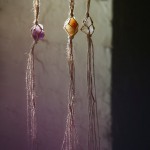 November 12, 2014 Send Healing Energy to Thich Nhat Hanh
Recent Comments
0 | Leave a Comment
"hi everyone-- happy to share that the deck is now available! 150 decks were printed ..."
Ori A New Queer Jewitch Tarot Deck: ..."
"To read your article was such a relief, just to see that I'm not alone ..."
littleforestwitch Don’t Listen to Your Gut: Practicing ..."
"I still can't find the like button on articles so here have a <3"
Critter (they) Priestessing Depression: Why are Pagans So ..."
"This is very beautiful! I haven't been to Iceland yet, but have always felt drawn ..."
Trellia (she/her) A Witch in Iceland (Part 1: ..."
Browse Our Archives
Related posts from Shekhinah Calling