Last summer, my husband and I took our daughter to the beach. We put her in the cute little bathing suit my mom had bought her: a tiny blue thing with a ruffle around the neckline. Her swim diaper stuck out around her butt. I french-braided her hair and wisps of it escaped in the breeze. I admired my beautiful little girl: her sweet toes in the sand, her perfect face against the backdrop of the sea.

The beach was covered, as always, in tiny seashells. Usually I leave them, but that day I found myself compulsively gathering more and more. I sorted out the best ones and put them in the bag I use for my sunglasses. The tide came in and the waves crashed, covered in an intricate lace of foam.

At first I worried that it was wrong to think about my daughter in connection with a goddess whose strongest association is with sex, but then I figured that maybe, sometimes, beauty can just be beauty. And, I figured, maybe I could take the opportunity to ask Aphrodite to bless my daughter with a sexual life that’s healthy, empowering, and free from trauma. A sexual life different from mine.

I used to think that Aphrodite was frivolous. This was before I learned about her evolution from Inanna, a goddess very dear to me. This was before I seriously began to work with her and realized that, far from being “just” a goddess of love, she’s one of the biggest, most powerful, most ancient powers there is. A blessing from Aphrodite is no small thing.

The other night I pulled out those shells I’d gathered on the beach, along with some flowers and seeds, and made this mandala: the universe as Aphrodite’s body. I thought about how I tore during childbirth, and how it’s still hard for me to be touched there without seizing up in panic. I thought about my college boyfriend, the thing he did to me in the shower. What am I allowed to call it? There was no physical force, no physical injuries. Legal definitions don’t help. 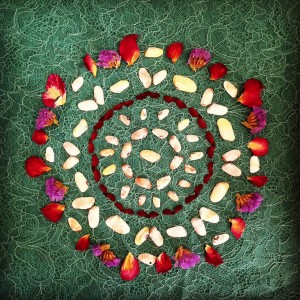 I didn’t say any elaborate prayers as I made the mandala. I didn’t ask for any specific thing. I didn’t even make it on my altar; my desk was clear and I felt the urge so I made it there. I just put it together, took the photo, and offered it to her.

May Aphrodite bless you in every way that you need it. 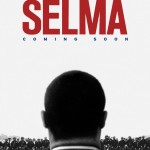 January 16, 2015 What Does Fundamentalism Look Like?
Recent Comments
0 | Leave a Comment
Browse Our Archives
get the latest from
Pagan
Sign up for our newsletter
POPULAR AT PATHEOS Pagan
1