UPDATE: I’m starting to get comments from anti-vax folks which, in the interest of limiting the spread of false and misleading information, I won’t be publishing. I’m under no obligation to provide a platform for anti-vaxxers. (Also, here’s a tip in case you come across misleading information elsewhere: if someone tells you “the World Heath Organization says that vaccines make your head explode–look it up!” or “I’m not going to provide any links to my sources, because it’s your job to do the research,” then they are bluffing.)

Did you hear about the measles outbreak at Disneyland last month? There are now 87 confirmed cases from the Bay Area to Mexico. 30 babies have been placed in isolation because they may have been exposed.

Look, my witches. I like nature. I like holistic health. I like herbalism. I like vitamin D. I like oil pulling. I do yoga. I meditate. I practice magic, damn the stigma. I don’t like pharmaceuticals (although I take them when I need them–for example, Wellbutrin). I don’t like capitalism–and, yes, the pharmaceutical industry does profit off of vaccines. I don’t like the American healthcare system, which is profit-centered, overly invasive, sexist, and racist (see, for example, the average hospital birth).

But if you don’t know a lot about vaccines and you’re thinking your safest bet is to opt out? Then the anti-vax movement is taking you for a ride. I don’t know what the hell their motives are. Honestly, at this point they’re probably just trying to save face; no one likes admitting that they were 100% wrong.

Please, listen: being Pagan, embracing the beautiful irrationality of religious experience, delving into the natural health modalities of our ancestors–these things don’t mean that we have to reject solid science. And the science behind vaccines is solid. It always has been. People in the Global South would kill for the vaccines and herd immunity that wealthy Americans are so eager to throw away.

I could explain all the reasons why vaccines are a good thing, but this comic does a fantastic job, so I’ll just point you to it:

Why vaccines work, in comic form!

I know that if you’re dead set against vaccines, no amount of evidence will sway you (although if your preference kills someone else’s child, they might sue you, and rightfully so). So I’m talking to those parents on the fence. Please, vaccinate your children. Trust me, it’s safe, and completely worth it. As the mother of a vaccinated child in the middle of Anti-Vax Ground Zero, I know.

Because what’s more magical than being immune to deadly diseases? 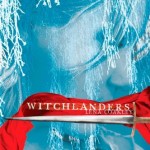 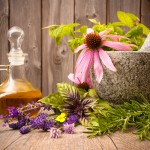 February 21, 2015 Healing is Work
Recent Comments
0 | Leave a Comment
"hi everyone-- happy to share that the deck is now available! 150 decks were printed ..."
Ori A New Queer Jewitch Tarot Deck: ..."
"To read your article was such a relief, just to see that I'm not alone ..."
littleforestwitch Don’t Listen to Your Gut: Practicing ..."
"I still can't find the like button on articles so here have a <3"
Critter (they) Priestessing Depression: Why are Pagans So ..."
"This is very beautiful! I haven't been to Iceland yet, but have always felt drawn ..."
Trellia A Witch in Iceland (Part 1: ..."
Browse Our Archives
get the latest from
Pagan
Sign up for our newsletter
POPULAR AT PATHEOS Pagan
1

5 Things I Had to Unlearn...
John Beckett
Related posts from Shekhinah Calling