Los Angeles is not a Desert

A few weeks ago I got to attend the inaugural Jewitch Camp, which celebrated Tu B’Shevat (the new year for trees) a couple hours north of San Francisco. I flew out of LAX and thus got a nice view of Malibu and the Santa Monica Mountains on my way up. Because it’s our rainy season, everything was verdant–even despite the drought–and I spent the first few minutes of the flight tenderly watching my home roll by underneath me. (“Home” defined loosely–I could never afford to live in Malibu or the Santa Monica Mountains.) We’ve gotten just enough rain this year that, from a distance, the hills resemble Ireland more than Southern California. Over the past couple of years, as the drought has worsened, I’d begun to fear that I would never see green in my city again.

The view from the plane reminded me of this comment I got on a post I wrote about the challenges of container gardening:

You are in California, in the desert, go and look at what is grown in pots in Mexico and in the hispanic communities, you will have more food success there. Ie grow the food the enviroment [sic] allows.

Everyone knows, of course, that Los Angeles is a desert.

…Except it’s not. It has a mediterranean climate, like Barcelona or Athens. The Latino communities? They’re growing corn, squash, tomatoes, bananas, citrus, guava, and more. Our trees are the live oak and conifers and sycamore and ash and willow. True, not all these species are native, but they like it here a lot, thriving even in areas with little irrigation.

Truth be told, I don’t really blame people when they tell me I’m living in a desert. I thought I was living in a desert for my first few years here. It’s the kind of stubborn myth you believe even when confronted with blatant evidence against it: the woodsy areas of Topanga and Griffith Park, the aforementioned Irish hills. I remember multiple hikes through Temescal Canyon during which I wouldn’t question the desert myth for a second–even as I stepped over burbling streams and pushed live oak branches out of the way.

So much of our reality is the result of someone else’s agenda.  We think that police are a natural and necessary part of civilization; they’re not. We think that racism is hardwired into us; it’s not.* We think that, because of the way our outer and inner landscapes have been ravaged by capitalism and kyriarchy, those landscapes are naturally harsh. They’re not.

In her essay “Icebergs and Shadows,” Rebecca Solnit explores the “other invisible hand:” a “shadow system of kindness” that operates alongside capitalism. Alternatives to capitalism aren’t just possible, she argues; they already exist, providing food and shelter and help and comfort to those whom capitalism dispossesses. This invisible system ranges from soup kitchens to stay-at-home moms–countless individuals and communities that work not for profit, but for the benefit of others. But we don’t see it because we’ve been trained not to.

[Nabokov] once asked someone coming down a trail in the Rockies whether he’d seen any butterflies. The answer was negative–there were no butterflies. Nabokov, of course, went up that same trail and saw butterflies galore.

You see what you’re looking for. Most of us are constantly urged to see the world as, at best, a competitive place and, at worst, a constant war of each against each, and you can see just that without even bothering to look too hard. But that’s not all you can see.

Underneath the asphalt of LA, underneath the worsening catastrophe of the drought, are the flattened remains of a mediterranean ecosystem. Underneath our broken communities are hope and health and love.

* See page 30 of A People’s History of the United States. 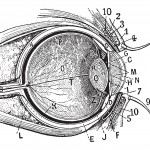 February 28, 2015
How the dress can help you understand Pantycon
Next Post 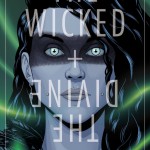 May 14, 2015 "If you come to the dark and call, the Morrigan will be there for you:" On Depression and Blood Sacrifice
Recent Comments
0 | Leave a Comment
"hi everyone-- happy to share that the deck is now available! 150 decks were printed ..."
Ori A New Queer Jewitch Tarot Deck: ..."
"To read your article was such a relief, just to see that I'm not alone ..."
littleforestwitch Don’t Listen to Your Gut: Practicing ..."
"I still can't find the like button on articles so here have a <3"
Critter (they) Priestessing Depression: Why are Pagans So ..."
"This is very beautiful! I haven't been to Iceland yet, but have always felt drawn ..."
Trellia (she/her) A Witch in Iceland (Part 1: ..."
Browse Our Archives
Related posts from Shekhinah Calling