How the dress can help you understand Pantycon

How the dress can help you understand Pantycon February 28, 2015 Asa West

Need I explain which dress I’m referring to? The one that half of us color-sighted people are obsessed with and the other half are sick of hearing about? I’d post the picture here, but I don’t have the usage rights and even if I did, I’d spend the next six hours trying to make it change colors.

Here’s the science behind it, if you haven’t checked it out already: when color-sighted people look at an object, our brains compensate for the lighting surrounding the object in order to accurately perceive the object’s color. Something in this photo’s lighting went haywire, though, and hit a weird sweet spot that causes 75% of color-sighted people’s brains to throw out not just extraneous lighting information, but most of the color of the object itself. The dress is, in fact, blue and black. Those of us who see white and gold are being fooled by our brains. We’re not seeing the reality that’s there.

I’ve been pretty annoyed by the people who immediately sniff and say, “Whatever, it’s just an ugly dress! Who cares what color it is?” I get that seeing the same subject come up thirty times in your Facebook feed can get a little tiring, but to dismiss it right out of hand is troubling. There’s some really cool science going on here! It’s not just an optical illusion–it’s a situation that reveals that color-sightedness isn’t uniform. If you see blue/black, then your eyesight is better than those of us who see white/gold. Think about that!

And, by the way, did you know there are animals that can see many colors human beings can’t? See, for example, this belligerent shrimp, whose eyes have 13 more cones than ours do.

I’m also loving the emerging conversations about how humans may not have seen the color blue at all until modern times, and how different cultures are capable of perceiving different colors. Science!

Anyway, by now the parallels between the dress and Pantycon may be clear. The tenor of most conversations I’ve seen among white allies about Pantycon boil down to “I don’t see it. Do you see it? I see it! I still don’t see it. Oh, now I see it.” I can make the dress turn blue/black if I cover up the background and look just to the left or right of the picture. Similarly, I was finally able to really understand what the problem with the Pantycon joke was when I substituted “People of Color” for “Jews:”

Isn’t all this talk of antisemitism just tiring? Don’t you wish you could just ignore it and put out meaningless statements of pure pablum? We’ll discuss how to ignore requests for consideration by Jews, cover up antisemitic actions of high-ranking members, and pretend that you don’t understand the resulting outrage.

Hey! Jews just want to be recognized as full members of the spaces we inhabit (a privilege often denied to us, even now), and you’re making fun of us for it? What the hell!?

A slight change in perspective revealed what my brain wasn’t processing, and I was able to understand the pain and anger of my co-religionists not just intellectually, but viscerally. Anyone who does justice work, or who has had their mind blown by excellent radical theory, or who has glimpsed even briefly the world that their privilege covers up, knows that alongside the horror and rage and sadness of injustice, there’s also the brilliant shock of raised consciousness. I see it! I see it! Now I can do something about it!

If you’re white, and you’re approaching people of color in good faith, and you’re giving them the benefit of the doubt, then it’s okay if you’re still working on seeing the problem with the Pantycon joke. There’s no shame in seeing a white and gold dress. But don’t dismiss people who see something different than you do–especially when they and their communities are the ones most affected by it. You have no idea what spectrums of reality you might be missing.

Note: I tried and tried to come up with a pun involving “dress” and “panty,” but I couldn’t. I failed you, dear readers. It’s up to you now. 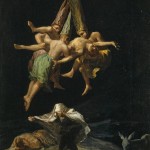 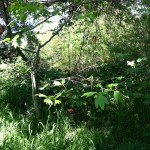 March 16, 2015 Los Angeles is not a Desert
Recent Comments
0 | Leave a Comment
"hi everyone-- happy to share that the deck is now available! 150 decks were printed ..."
Ori A New Queer Jewitch Tarot Deck: ..."
"To read your article was such a relief, just to see that I'm not alone ..."
littleforestwitch Don’t Listen to Your Gut: Practicing ..."
"I still can't find the like button on articles so here have a <3"
Critter (they) Priestessing Depression: Why are Pagans So ..."
"This is very beautiful! I haven't been to Iceland yet, but have always felt drawn ..."
Trellia A Witch in Iceland (Part 1: ..."
Browse Our Archives
get the latest from
Pagan
Sign up for our newsletter
POPULAR AT PATHEOS Pagan
1

Hoodoo How We Do: Psalms Are...
Voodoo Universe
Related posts from Shekhinah Calling