Don’t Listen to Your Gut: Practicing Witchcraft with Anxiety and OCD

A few years ago, I was diagnosed with OCD. I’d suspected it for awhile, but the diagnosis took some time because I didn’t have the classic symptoms you hear about, like counting or repeating mantras. Rather, my OCD took the form of constant earworms and strange little rituals like glancing at the top of each streetlight I passed in the car. When I moved, my new therapist took the diagnosis away, but by then, it didn’t really matter. Most mental illnesses aren’t caused by discrete factors like viruses or injuries; you can’t do a blood test to see what you’ve got. Rather, symptoms arise from complex mixes of chemical imbalances and environmental stressors. The same medication is often used to treat multiple conditions, especially since conditions tend to come in clusters. When I was told I didn’t have OCD, I was already getting treatment. I didn’t feel a need to cling to the diagnosis.

Whether or not I actually have OCD, I’ve found that practicing magic, with its focus on concentration and relying on instincts, can be a minefield. My brain second-guesses everything I do. The line between instinct and tics, magical rituals and pathological rituals, can be fuzzy. At its worst, OCD and anxiety among the spiritually-inclined can morph into scrupulosity, a condition in which religious thought and ritual become obsessive and debilitating. (Jenny Traig writes about it very eloquently in her memoir, Devil in the Details.)

For me, obsessive compulsive tendencies manifest in a few different ways in my practice. When I read tarot, I like to spread the deck out in a line and choose random cards for the spread. When I choose, though, a little voice in my head will say, “Not that card–the one next to it!” So I’ll move over and the voice will repeat: “Not that card–the one next to it!” And again, and again, and again. As you can imagine, this tic makes it hard for me to sense which card actually wants to be drawn, because the process of choosing could potentially go on forever. (If I were to reach the end of the line, my brain would just tell me to switch directions.)

When I cast spells that involve a particular action like moving energy, I feel compelled to perform that action over and over again, always convinced that it didn’t quite take. Visualization is hard, since I often can’t control the images in my head. If I try to imagine a grounding cord, for example, it’ll shoot off in all directions instead of going straight down, as if there were a barrier between me and the earth’s core.

Even ritual itself can be fraught. For years, I dealt with generalized anxiety that arose whenever I tried to do anything spiritual. I used to think this was a signal that I was doing something wrong–that my gut was telling me that whatever ritual or practice I was performing wasn’t right for me–but after deciding to just push through the feeling whenever it came on, I realized that it was purely neurological.

As you can see, what’s really insidious about practicing witchcraft with disorders like OCD or chronic anxiety is that they can mimic the instincts and gut feelings that witches rely on to perform effective magic. In a normal-functioning brain, a signal like “Not that card–the one next to it!” can be a powerful message. For someone with OCD or anxiety, though, it can be impossible to tell when that message is authentic and when it’s just noise.

So how do you get around these problems?

For me, embodiment helps tremendously. When reading cards, I let my hand choose a card without trying to consciously sense which card “feels” right. If tics or anxiety start to arise, I make an effort to ignore them. I give my body permission to work the magic for me, so that my brain can butt out. As a result, my readings are just as effective as those performed by others.

The same goes for spell-casting. Trying to physically sense energy often (but not always) leads to infinite second-guessing, so when I feel anxiety welling up, I do away with it and simply postulate that the energy is there. Other times, I might ask a deity to handle it for me. This technique also works with visualization. When an image simply refuses to work, I let go of trying to “see” it and simply tell myself that it’s there.

Mindfulness is also key. When the symptoms start bubbling up, simply taking a few minutes to feel them is often enough for them to subside.

And of course, there’s medicine. I’ve been on Wellbutrin for about two years and it’s worked wonders. I’m having good luck with motherwort, too.

Do you struggle with anxiety, OCD, or a related mental illness? How does it affect your magic? How strategies work for you? Let’s skillshare, people! 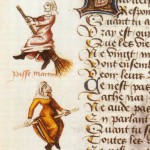 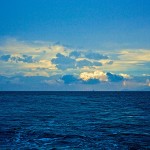