You Are Not Enlightened (On Anger, Trauma, and Spiritual Leaders)

You Are Not Enlightened (On Anger, Trauma, and Spiritual Leaders) October 11, 2015 Asa West

So this happened today:

Reclaiming LA is bringing Starhawk down for Samhain (You should come! It’s gonna be great!) and I went to one of the local metaphysical stores to see if they’d take some postcards. When I went to the counter and asked if I could leave a few, the shopkeeper told me to pin them to the bulletin board in the back of the store. When I went to the back, I saw that the doors to the courtyard were open and there were a few people doing yoga. I didn’t see the bulletin board inside the store, but then I spotted it in the corner of the courtyard.

I approached the bulletin board quietly, so as not to disturb the yogis, and took a pin from the board. I soon felt someone next to me and saw the person who seemed to be the teacher. “Class will be over in a few minutes,” she said, “so you need to leave right now.” She gave me a bonafide hairy eyeball as she said it, and her anger hit me like darts. I mean she was really pissed.

Face burning and mouth tasting like metal (I have some social anxiety and suck at confrontations), I clumsily stuck the pin back in the board. She stayed aggressively close to me, radiating hostility, until I managed to get back into the store.

Inside, waiting for her class to end, I felt like the lowest, stupidest slime on the planet. I thought about asking the people at the counter when the class would be over, but I didn’t trust myself not to pass the hostility onto them and say something passive-aggressive (“You told me to go out there and then she yelled at me!”), so I waited. And waited. And waited. I heard the teacher ring a bell, but she never came through the store. My husband, who was watching our three-year-old down the block, texted me to ask where I was; I’d told him I was just running in for a second. When I hazarded a peek in back, I saw that the teacher was sitting in a lawn chair right next to the bulletin board and chatting with someone. Was the class finished? Was this a private conversation? I had no idea. I didn’t want to get anywhere near her again.

Finally I did go back to the counter, and when I asked when the class would be over, they told me I could just leave the postcards there. Afterwards, because I have old wounds from childhood and am made of the most delicate porcelain known to humankind, I hid in the first bathroom I found and cried it out. For the rest of the day, I suffered all the classic symptoms of a psychic attack, and this evening I came down with a cold.

There’s a lot to unpack here, isn’t there?

My first reaction, in situations like this, is to dissect all my actions and try to figure out who was wrong and who was right. Was I obviously not supposed to enter the courtyard? Like I said, the doors were open, and the shopkeeper explicitly told me to do so. I teach, too, and I put myself in the teacher’s place: would I have been as angry as she was, if I was leading a class and someone had quietly entered from the back? Well, no, especially if it was an open space attached to a busy store.

Then again, I teach college, not yoga. Maybe I really was as stupid and disgusting as this person clearly thought I was.

But then it hit me–all these questions were really the wrong way to approach this situation. The bottom line was this: even if someone does something completely oblivious in your space, even if they blunder in and unwittingly violate all rules of decorum, you treat them with compassion! At the library where I work, we get patrons talking loudly on their phones, singing to themselves, taking off their shoes, falling asleep and snoring–and unless the patron is behaving aggressively or dangerously, our first response is always politeness. Even if we roll our eyes in exasperation the moment we’re cloistered in our offices, we are never permitted to be hostile or rude to patrons. Never. And if they are aggressive, our response is to deescalate and calmly call security.

Why? Because we librarians consider ourselves public servants, not authority figures.

Which is why it’s so distressing when people in positions of spiritual authority–whether they’ve completed their 200 hours of yoga teacher training, taken their second degree, made it through seminary, or just built up a widely-read blog–use that authority as a license to behave badly. I’m not just talking about a yoga teacher who snapped at me. I’m talking about self-proclaimed clergy who encourage people to come to them for spiritual guidance, then openly mock those people in public forums. I’m talking about a prominent teacher in my tradition who posts racist and ableist content on Facebook (eg. “Islam is just one big terrorist organization”) but claims they’re doing it in the name of justice. I’m talking about a Zen Buddhist who claims that cultural appropri…aw, forget it.

Being a spiritual leader doesn’t make you enlightened. Your leadership is a service that you’re providing to those around you, not a pedestal from which you can look down at them. Your training (assuming you have training, which isn’t always a safe assumption in Pagan communities) may give you skills that others haven’t obtained for whatever reason, but it doesn’t make you better or smarter than them.

It’s appalling how easily some of our leaders forget this, and how reluctant they are to admit it.

But, of course, there are deeper layers here, too.

Above I implied that librarians are never rude or hostile to patrons, but of course that’s not universally true. We’re human. We have bad days. We lose our cool.

Maybe this yoga teacher had had a supremely shitty day. Maybe, because the shopkeepers kept the door to the courtyard open, I was the fifteenth person to enter that space within an hour. Maybe the person behind the counter didn’t know the class was going on and would never have sent me back there otherwise. Maybe, because I was harried and anxious to get back to my daughter, there was some obvious sign that I missed.

Maybe she actually wasn’t as angry as I interpreted her to be. Maybe it was my personal history with shame and anxiety that turned the encounter into trauma.

Or maybe she was even angrier than she let on, for reasons that had nothing to do with me, and is now beating herself up over it.

A spiritual leader’s directive, in any tradition, is comparable to a doctor’s: First, do no harm. This doesn’t mean you have to let people walk all over you, of course. It just means that the world in which you’re operating is already broken, and you should take pains not to fuck it up even more. But we’re always inflicting unintended trauma on others just by virtue of coexisting as imperfect beings, and that potential for harm is amplified when we’re placed in positions of authority. I’m a blogger for a relatively big platform, and I know I’ve caused harm here and there. I write something meant to be reassuring and it comes across as sanctimonious. I get sloppy with my fact-checking and vulnerable communities are impacted. Simply put, we’re always going to mess up. It’s just going to happen.

But we can mitigate the harm we cause by being fiercely, lovingly self-aware. Simply recognizing when you’ve messed up is the hardest, scariest, and most important step in becoming a true spiritual leader. 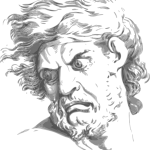 November 5, 2015 Abuse Is Not Love--And That Goes For Gods, Too
Recent Comments
0 | Leave a Comment
Browse Our Archives
get the latest from
Pagan
Sign up for our newsletter
POPULAR AT PATHEOS Pagan
1

Creating Spirit Ally Relationships With Your...
3 Pagans and a Cat
Related posts from Shekhinah Calling