Another Year, Another Active Shooter Training

“Tears are to the soul what soap is to the body.” – Yiddish proverb (h/t)

When my workplace announced that it was going to be holding another active shooter training, I couldn’t decide whether I should go. I’d already taken the training a couple of years ago. Was it obsessive to go twice? Well, there were probably details that I’d forgotten over time. In an earthquake, there’s only one thing you can do–duck and cover–but there are various strategies for surviving a shooting, which change based on a lot of factors and require split-second decisions.

So, this afternoon, I went to my second training. It was announced before San Bernadino happened, but the room was bursting with over a hundred librarians, library assistants, and student staff, so you could tell the latest catastrophe was on everyone’s mind. And, honestly, San Bernadino (isn’t this amazing, the shorthand we now use for all our shootings?) was probably the tipping point for me, too. I work in a large library that serves as a campus hub at a major university. When I think about where on campus a shooter would choose to open fire, my only cold consolation is that he might choose the student union instead. (Phew, other people will get killed and not me. Phew, he’ll go there instead because the spaces will make people easier targets. What a relief! I’ll sleep well tonight!)

Overall, I’m really glad I went to the training. I learned and re-learned a lot of techniques, ranging from the obvious to the obscure:

I left the training with my coworkers, and when we got back to the library, we looked all around on the way to our office. For once, our building’s funky architecture felt like a boon instead of an annoyance. Twisty corridors everywhere to disappear in. Multiple exits in every large area. I can do this, I thought. The cop leading the training told us that knowing what to do enables you to avoid panicking. He assured us that the training would kick in in the extremely slim chance that we should ever need to use it. I felt like I was prepared.

There happened to be some therapy dogs in the library for our end-of-quarter stress relief program. We snuggled them.

It wasn’t until I got home that I let myself cry.

Because, see, the cop didn’t just stand there telling us about these techniques. He showed us this video developed by the California Sheriff’s Department. The video contains depictions of shooting after shooting after shooting: in an office, in a school, on the street. It’s extremely graphic. Watching it doesn’t feel like you’re watching a Hollywood-style thriller. Watching it literally feels like watching a nightmare. Bang, bang, bang. Kill, kill, kill.

Trigger warning for violence: skip this paragraph if you have to. I holed myself up in my bedroom and I thought about the first woman to get killed in the video: one minute a unique human being, the next a giant explosion of blood on the wall. I thought about the gunman who holds his gun up to his head when he’s done; the involuntary yelp of horror from the coworker sitting next to me. I thought of all the actors falling like dominoes–the jerk of impact, the collapse.

I couldn’t just tell myself that the video wasn’t real, because for every actor who pretended to die, there are about a hundred people who actually died in the exact same way. I let myself weep. I thought of Shekhinah weeping for her exiled children, and I let myself become Shekhinah and wept and wept. While I wept, the Morrigan devotee in me calmly reviewed and filed away all the techniques I’d learned. I wept for human beings who only see other human beings as targets. I wept for all the beautiful lives that have ended in an instant of pain and terror. I wept for all the shootings that have blurred together. I wept at the thought of a shooter in my daughter’s preschool, in my husband’s classroom. I wept for the broken, violent people we’ve let ourselves become.

Those in power have no intention of getting us out of this disaster. We can’t get out, so we have to fight. 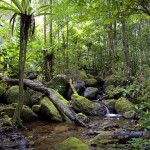 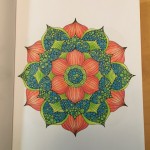 December 31, 2015 2015: The Year I Discovered Adult Coloring Books
Recent Comments
0 | Leave a Comment
Browse Our Archives
get the latest from
Pagan
Sign up for our newsletter
POPULAR AT PATHEOS Pagan
1

Creating Spirit Ally Relationships With Your...
3 Pagans and a Cat
Related posts from Shekhinah Calling