So, About this CDC Recommendation for Women…

So, About this CDC Recommendation for Women… February 8, 2016 Asa West

In the week or so that I’ve spent staring at my computer with my jaw hanging open, silently shaking my head in disbelief, a lot has been said about the CDC’s recommendation that women abstain from alcohol unless they’re on birth control:

Did you know that 3.3 million women in the U.S. are “at risk of exposing their developing baby to alcohol?” Well, their hypothetical babies at least….Whether a woman should drink (small) amounts of alcohol during pregnancy is a fraught and much-discussed topic, but this report is stretching the responsibility of preventing fetal alcohol syndrome onto women who are not yet pregnant. (Olga Khazan and Julie Beck, who call the recommendation “bonkers” in The Atlantic)

Every time someone says that Women Drinking is the risk factor for violence and pregnancy and STDs, not other people who choose to take advantage of them or resort to violence, you pour a little more fuel onto the raging bonfire of This Isn’t On Me, It’s On The Women Who Are Accountable For My Behavior. (Alexandra Petri, Washington Post)

You may think you’re just another carefree young woman, casually sipping mimosas at brunch or having a glass of wine at the end of a long day. But you’re not. According to the CDC’s new recommendation, you’re a potential fetal incubator — a fact you should be aware of, and planning around, at all times. (Jessica Roy, LA Times)

Just in case you haven’t been following the issue and behind on the particulars, let me spell it out: If you are an American who menstruates, you are now expected to touch not a drop of alcohol for FOR THIRTY YEARS OF YOUR LIFE. Unless you take hormonal birth control, that is, and who has ever had trouble with that? What’s that about condoms? Well, that would involve a man having to do something, and this is about WOMEN. LGBTQ folk? Well, they don’t exist, so what’s the problem? Non-penetrative sex? Wait, people do that now!?

This is why other countries are laughing at us behind our back.

If you haven’t yet, I urge you to read the three articles above, because they’re dead on. Here’s a brief list of points that I shouldn’t have to make:

In addition to all the points above, though, what really galls me is the assumption that biologically female people have absolutely no idea what’s going on in our own bodies.

It seems, for instance, that we have absolutely no way of knowing our chances of being fertile or pregnant at any given time. Here’s one scenario of many: my husband and I have sex with a condom. The next day, my period starts. The sperm that can get through the condom, successfully fight the 5-day-long current of blood, then survive for the roughly 2-3 weeks it takes me to ovulate would have to be one hell of a sperm. So, then, can I have a drink during my period? How about in the time between the end of my period and the next time I have sex? Is it possible that the chance of a mutant X-Men next-level-of-sperm-evolution sperm being inside me is so small that it’s not worth the trouble?Or how about the days between having penetrative sex and the egg implanting? Can I have a drink the night I have sex? The next afternoon? Or is the risk of FAS and violence already too high for me to comprehend?

I know I’m taking this to its logical extreme, but these examples only demonstrate how insulting a sweeping guideline like this is. If you’re feeling really charitable, you can find spots here and there where the CDC tries to temper its recommendation with some qualifiers. Overall, though, the attitude of “Why take the risk?” prevails.

Yes, why take the risk? Well, why do men take the risk? Why get in a car or cross the street? Because in the vast majority of instances, the risk is vanishingly small, and heftily outweighed by the rewards. (And if you drink any form of alcohol for pleasure but want to come at me with “but the reward’s not worth it!” then get right out of here.)

Does the CDC seriously believe that any significant number of women are going to adhere to this recommendation? Honestly, I doubt it. I think that at its core, whether or not CDC officials consciously believe it, this recommendation seeks to strip women of our power by extremizing the way we think about women’s bodies and behavior. It’s the same dynamic you see in the birth industry. When I was in labor, my contractions abruptly changed after transition and I felt an overwhelming urge to push. I knew, in the way you know that you need a drink of water or are about to sneeze, that I’d entered the pushing phase. There was simply no question. The nurses, though, went into a flurry and told me to avoid pushing until they’d examined my cervix. Never mind that I’d been almost fully dilated the last time they examined me, or that resisting the urge to push was as futile as stifling a strong cough. The message was clear: your perception cannot be trusted.

By planting the idea in our collective consciousness that women cannot make judgements and cannot be trusted to act sensibly–that we’re the last people in the world who would have any idea about what’s going on in our own bodies–the CDC makes it easier for our overculture to control us. (If you think that’s nonsense, think about what Americans have to go through to get abortions in many places. Think about the women of color who are going to prison for having miscarriages. I’m talking about that kind of control.) You want to see some malicious magic? Forget the pigs’ hearts and poppets. You’re seeing it.

And the most disconcerting thing about it is that the CDC genuinely means well. They don’t see why this kind of condescension is a problem.

Morrigan, help us fight for our sovereignty. 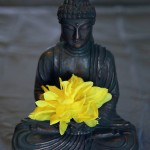 February 3, 2016
Enough With All the Exercises: Why Variety Isn’t Better Than Repetition
Next Post 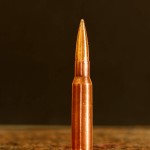 February 16, 2016 Giving Bullets to the Morrigan
Recent Comments
0 | Leave a Comment
Browse Our Archives
get the latest from
Pagan
Sign up for our newsletter
POPULAR AT PATHEOS Pagan
1

How Do I Know If A...
John Beckett
Related posts from Shekhinah Calling