Thoughts on The Witch: A New England Folktale

Parenting means it takes you over a month to see the hot new movie all the witches are talking about. But I finally got to see it! Spoilers ahead.

Why The Folktale Label Is Significant

Overall, the reaction among witches and Pagans to The Witch has been nuanced and thoughtful: rather than decrying any negative portrayal of witches, which tended to be the most common reaction when I was younger, people have been noting that we don’t own the word “witch,” that the claim that no witch ever worshipped the Devil has always been false and isn’t even necessarily useful to us. Our communities are coming to terms with, and embracing, the more unsettling implications of walking the hedge (after all, if the stuff on the other side was nice and safe, the hedge would be unnecessary) and the move way from New Age thinking is refreshing. I’ll take chicken bones over crystals any day of the week.

At the same time, there’s some discomfort over the fact that the witches in the movie are portrayed as exactly as bad as Christianity claims they are. What’s the best way to make flying ointment? Why, to murder an infant, of course. Non-Wiccan witches like to scoff at the idea of “harming none,” but we adhere to that guideline more than we realize.

But the movie isn’t claiming to present a factual history of witchcraft. The subtitle, “A New England Folktale,” may seem at first to merely set the atmosphere for the film or point to the research that went into it, but it’s actually a very smart rhetorical move. “We didn’t make this stuff up,” the filmmakers are saying. “It’s all from the source material. Don’t blame us if it upsets you!” Sure, the move might be a little dishonest; the movie gets to portray witches (read: women) as murderers and then subtly deny responsibility for that portrayal. But the subtitle still places the blame squarely on the Puritans who created this folklore, with the result that the audience is able to take it in from a distance. There’s been some speculation about whether the supernatural events are real or in the characters’ imaginations, but when you’re dealing with folklore, there’s really no distinction between the two. The events are “real” in that they happen, but they’re also products of imagination–an imagination that’s societal instead of individual. 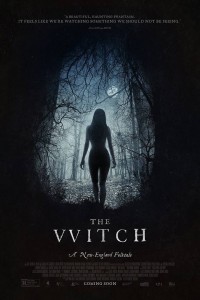 The portrayal of the sabbat at the end is very clever. For one thing, it reveals that there isn’t just one witch haunting William’s family; Samuel’s murderer, Caleb’s seductress, and the hag milking the cow might all be the same person, or they might not. Thus, it stands to reason that the singular witch of the title must be Thomasin, since she’s the only one with any defined character. Of course adolescent girls are terrifying to the patriarchy; Caleb is terrified by the lust he feels towards her, and her parents accept all too readily that she’s been corrupted by Satan and make immediate plans to get rid of her. Documents like the Malleus Maleficarum are filled with fear and disgust of women’s sexuality. The sabbat, and Thomasin’s literal rise to power, confirms patriarchal Christianity’s worst fears: that, unless they’re under the tight control of Christian men, women can and will shed the trappings of civilization and turn feral. God, in the movie, is utterly unable to do any lasting good for his followers; the Devil, on the other hand, gives his women the power to fly.

This idea is especially fascinating when we remember that, as I mentioned above, all these ideas come from actual Puritan thought. What do you do when your god is functionally useless against his much more attractive adversary? I suppose you spend your life pretending not to notice.

My husband and I were both struck by that brief moment when, as the family is departing, you see a few Native people behind the closing gates of the plantation. My husband saw that moment as the family’s rejection of plurality in favor of purity. I saw it more as an indicator that the family was leaving all of civilization behind, that they were completely and utterly alone. We Westerners often fall prey to the stereotype of Native peoples as, forgive the slur, “noble savages,” but by placing them within the plantation gates, the filmmakers are calling that assumption into question. William and his family aren’t just abandoning the plantation, they’re abandoning all of humanity. For the rest of the movie, their only human contact is the occasional trading that happens off-screen. European and Native civilizations may look very different, and many Pagans will agree that Native cultures get a lot of stuff right that Western culture gets catastrophically wrong, but the two sets of cultures have more in common with each other than they do with Black Philip’s frenzied cult.

Speaking of the Devil Goat…

GOATHERD: Which goat wouldst thou like to buy for thine rugged homestead?

PIOUS PURITAN FAMILY: Pray, sell us yon Giant Black Goat, which dost chuff most menacingly and dance on its hind legs, and whispers Satanic lullabies to our children.

How to Bring Evil to the New World

In fact, if you look beneath the surface, you see some very interesting commentary on racism, xenophobia, and the question of evil. While Caleb is lying sick in bed, Catherine brings up the possibility of witchcraft, using an earlier brush with “Indian magic” as a precedent. It’s a predictable line coming from a member of a colonialist culture that sees Indigenous people as malicious and uncanny. Here’s the funny thing, though: Satan, in the movie, is 100% European. The witches all look like white women, and at no point does the Devil’s appearance or actions deviate from English Puritan mythology. Simply put, there’s nothing Indigenous about him. It seems he didn’t live in North America until the Puritans hauled him in on their ships.

Indeed, dualism–in Abrahamic cosmology, the idea that the world is divided into ultimate good and ultimate evil, and anything or anyone evil is irredeemable and must be destroyed–isn’t indigenous to all, or even most, world religions. It’s a very Puritan worldview. I found myself wondering, at the end, what an unlucky Wampanoag would think if they stumbled upon the sabbat.

Dost Thou Wish to Live Deliciously?

I enjoyed wondering why Thomasin decides to give her soul to the Devil. It clearly happens at some point during the day she spends slumped over the table in her shift–but what causes it? She’s alone in the middle of nowhere with little hope for survival, and she did unfortunately kill her own mom. Is she looking for a way to cling to life, disillusioned with her parents’ god? Absolutely.

But when the Devil asks her if she wishes to “live deliciously,” she says yes. Yes to the butter, yes to the pretty dress. She’s not just looking for survival anymore; she’s now looking for pleasure. This is the first time we’ve seen that impulse in her character. The Christian fathers are right–women are wicked, and she’s gone feral. Turns out if you tell a girl she’s a witch enough times, she’ll embrace it.

What’d you all think of The Witch? I’ve been hiding from spoilers for a month, so lay it on me! 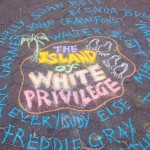 April 6, 2016 Together We Form the Bodies of the Gods
Recent Comments
0 | Leave a Comment
"hi everyone-- happy to share that the deck is now available! 150 decks were printed ..."
Ori A New Queer Jewitch Tarot Deck: ..."
"To read your article was such a relief, just to see that I'm not alone ..."
littleforestwitch Don’t Listen to Your Gut: Practicing ..."
"I still can't find the like button on articles so here have a <3"
Critter (they) Priestessing Depression: Why are Pagans So ..."
"This is very beautiful! I haven't been to Iceland yet, but have always felt drawn ..."
Trellia (she/her) A Witch in Iceland (Part 1: ..."
Browse Our Archives
Related posts from Shekhinah Calling