Dark Devotional: First Sunday of Lent: The Devil Inside

Click here for the complete Mass readings for the First Sunday of Lent 2016.

A reading from the Gospel According to Luke.

Filled with the Holy Spirit, Jesus returned from the Jordan
and was led by the Spirit into the desert for forty days,
to be tempted by the devil.

In the Gospel reading for this Sunday, Jesus faces three tests that all believers face. Satan tempts Him with immediate needs (turn this bread into stones), the desire for power/popularity (all this can be yours, if you worship me), and spiritual entitlement (be as reckless as you like, God will save you). Jesus faces down the serpent not with a naked display of power, even though he’s the Son of God. No, instead, Jesus chooses the way of weakness and humility.

As I went Lecto Divina all over this passage, my Ignatian imagination took me back to my high school days. Awkward high school memories often cut with two ragged edges. First, you remember being an awkward teenager and the feelings of devastating insecurity. Second, you remember those events with the wisdom of adulthood, and that brings a mental hair-shirt of self-punishment: Why was I so dumb? Why did I spend my time caring about insignificant things? Why didn’t I see everyone else feel as I did?

Further, when I reflected on this passage, I found the root of my spiritual pride in the common problem of wanting to be liked in high school. Understanding this, I wish the only sin I had to remember from back then was the “laying of hands” on some girl or getting drunk too many times (never actually got drunk). The latter sins were easily repented of and fixed. But spiritual pride can and will destroy your life.

As it did mine.

When I was a freshman and sophomore in high school, I put the “Geh” in geek. I had a bad case of acne, large glasses, cheap dime store clothes. Girls considered me a “great guy friend.”  My family had very little money. It was so bad we drove to school in what we called “the dollar car,”  a beat up piece of skubula with a huge dent on the left side. Every time we hit a bump, we winced at the sound of metal scraping on the tire.  So instead of recognizing that God was meeting my immediate needs, I would get mad at Him for allowing me to be poor. I turned the bread into stones.

Enter the Serpent…..”Don’t you want to have money so you can have a nice life?”

I wanted so badly to be recognized, seen as special or stick out in some way. Then, I figured out how.

I went to a deeply charismatic/fundamentalist Christian school. Spiritual experiences and “words of wisdom” were considered social capital. I started to construct a persona that I was somehow one of the holy ones who knew Jesus better than anyone else.  I bowed down to the devil in my heart so I could have my own little kingdom.

Enter the Serpent…..”Don’t you want respect? Power? Influence over people?”

Enter the Serpent……”Don’t you love it when people think you’re spiritually wise? Don’t you want to be a guide for others and have them hang on your every word?

I started to hiss along with the serpent, and his voice became mine.

When I reached my twenties, my thirst for spiritual recognition and power led me to becoming a Presbyterian minister (when, in my heart, I just wanted to be a history professor and writer). That was a disastrous decision that eventually blew my life apart. I got divorced and started my life over again at 41 years old. All because of choices I started making in high school: to value my reputation, to grab for power and to allow a deep-seated spiritual arrogance to rule me. I failed all three tests because I failed to remember one simple thing: when religion offers power, control and manipulation, it’s always a very, very bad thing.

If you would have asked, I would have insisted that I loved Jesus and followed His way. In reality, I loved the Golem Jesus I constructed out of my own pile of skubula. It smelled bad, looked bad, and it was a poor substitute for the real thing.  Even worse, it led to me hissing like the serpent.

Now the reset button has been hit, and I’m starting all over again. Jesus knocked my Golem Jesus apart, brought me back to the starting line and said, “Let’s try this again.”

For Lent, I will pray the Litany of Humility. And I’ll raise my hand to the devil and extend my middle finger.

From the desire of being esteemed,

From the desire of being loved,

From the desire of being extolled,

From the desire of being honored,

From the desire of being praised,

From the desire of being preferred to others,

From the desire of being consulted,

From the desire of being approved,

From the fear of being humiliated,

From the fear of being despised,

From the fear of suffering rebukes,

From the fear of being calumniated,

From the fear of being forgotten,

From the fear of being ridiculed,

From the fear of being wronged,

From the fear of being suspected,

That others may be loved more than I,

That others may be esteemed more than I ,

That, in the opinion of the world,

others may increase and I may decrease,

That others may be chosen and I set aside,

That others may be praised and I unnoticed,

That others may be preferred to me in everything,

That others may become holier than I, provided that I may become as holy as I should… 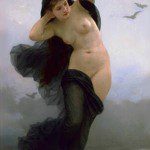 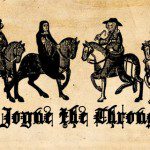 February 15, 2016 A Band of Misfits
Recent Comments
0 | Leave a Comment
"A serious study of Catholicism will show that Jesus' Gospel message was and is a ..."
Jo Ann Elder-Nativity Dark Devotional: On the Outside with ..."
"That is a beautiful little essay."
Tom Hanson Sonnet 73: Time, Friendship and Chronic ..."
"I recommend it, too."
Ame Book Recommendation: Meditations on the Way ..."
"and so this lent, I'm listening. I will do that too. God bless you"
emmanuel chibuikem Mental Illness and and the Darkness ..."
Browse Our Archives
Follow Us!