A Reading from the Gospel According to Luke.

Jesus took Peter, John, and James and went up the mountain to pray. While he was praying his face changed in appearance and his clothing became dazzling white. And behold, two men were conversing with him, Moses and Elijah,  who appeared in glory and spoke of his exodus that he was going to accomplish in Jerusalem. Peter and his companions had been overcome by sleep,  but becoming fully awake, they saw his glory and the two men standing with him. As they were about to part from him, Peter said to Jesus, “Master, it is good that we are here; let us make three tents, one for you, one for Moses, and one for Elijah.” But he did not know what he was saying. While he was still speaking,  a cloud came and cast a shadow over them,  and they became frightened when they entered the cloud. Then from the cloud came a voice that said, “This is my chosen Son; listen to him.” After the voice had spoken, Jesus was found alone. They fell silent and did not at that time tell anyone what they had seen.

I dropped into Jitters, a favorite coffee shop of mine north of Anchorage in Eagle River, and pulled out my notebook. It was a bleak mid-winter day, without snow cover, and hence, darker than usual. The week had been a heartbreaker. An emotional pall hung over me, made worse because I’d recently finished reading Robert Conquest’s The Harvest of Sorrow. We were moving into the joyful holiday season, but I was barely holding myself together.

Conquest’s well-documented history about Stalin’s drastic and inhumane agricultural policies was one of the most disturbing books I’d ever read. Though I had been a student of Russian history for a long time, and knew something about the 1928-1934 Soviet time period, the stark truths about the liquidation of peasants and kulaks, and the millions of children and families who were annihilated through utter starvation, mostly in Ukraine, upset me so much, I had to put the book down several times. It took me almost eight weeks to make my way through it. I simply couldn’t read it in large chunks and needed breaks to absorb the unbelievable cruelty of what I was reading.

A wave of bad news was affecting me; I was sleeping only a few hours a night, but still drinking too much caffeine. My friends had just lost their 22-year old son. A stranger found the young man’s dead body on All Saint’s Day, floating in Willow Creek about two hours north, without much on in the way of standard winter gear, and curiously without any shoes or boots on his feet. Cause of death is still unknown, but no foul play was involved. Two weeks before, we all met for beers near the IMAX Theatre. Their son was laughing and smiling and we were talking about the film we were about to see, the harrowing adventure story about climbers and expert guides who lost their lives on Mount Everest. And now, this young man, who loved the Alaskan outdoors, was dead.

I heard a story about a 32-year old Alaskan woman who hung herself in the bathroom while her 12-year old daughter was watching television in the other room. A friend had to leave work and jump on an airplane to Seattle because her only sister had taken seriously ill and was being moved into hospice. About this time, my youngest son informed me that our close family friend was continuing to undergo several more heart operations, also in Seattle. Fred didn’t make it, and he died in the hospital, age 63, leaving behind his wife, three grown children—one of them my son’s best friend—and two grandchildren.

Paris was attacked by terrorists and I was following the news reports. The death toll was up to 129 and everyone was urging the French to uphold their values. Could Paris really be under siege?

I saw images of Syrian refugee children falling out of life rafts and drowning as they tried to reach the “promised lands” of Greece or Germany. And a Russian plane full of holiday vacationers from St. Petersburg crashed or exploded mid-air over Egypt killing all 224 on board.

And here I am. I am. I am—in a busy coffee shop with a crackling fire, hiding out alone in a corner, thinking about when the glad tidings will be heard. Thinking about how my only brother died in September, and maybe I’ve got to stop obligating myself to attend funerals. And I realize that I don’t need to read any more tragic Russian history books about the Great Terror or the terror that lead up to it.

I’ve only been a confirmed Catholic for seven months. What part of this do I apply to the emotional wounds?

How to tell myself to have faith, to think positive thoughts, to stay connected to people, to offer solace and consolation whenever I can to those who are suffering so much? To pray, to sincerely pray for them, the ones whom I know, and the ones on the other sides of the earth, whom I do not?

“Each day is a gift to open and to explore, in all its facets and mystery.”

“All this grief and sorrow will pass, and all manner of things shall be well.”

“We just have to lean on one another some more to ease the heavy burdens we feel.”

“God never sends you more pain than you are capable of bearing.”

All of these platitudes—it’s the crock of shit I stir in my calm and rational mind when things start falling apart again. I turn to a blank page and write words upon words, as if they are a salve I can rub on my heart for few minutes to try and keep things in healthy balance.

At this age, I should be gaining more wisdom. Instead I’m only collecting sad stories more frequently, with less chance of emotional recovery, because I’m aging, too, and the media’s reach grows exponentially and wrecks your peaceful hour, no matter where you are.

The inner fault lines are deepening. Another day, another jolt. It’s as if I’m back in the same spot I was in the years before my conversion, when I was spiritually struggling. But at least then I was sensing a new inner awareness, an interiority I had never experienced or thought much about.

Today, I don’t feel like praying to angels or to the sinner-saints or to the Blessed Virgin Anybody or to Christ the Perfect or to the Gentle Spirit or to the blood-stained Cross or to my dead ancestors or to any monks of any order or to the Apostles of the Good News.

But as an Alaskan, I’m especially drawn to the Bible’s many stories that involve mountains. I’ve known and read about a lot of serious climbers who have been to the top of Denali, to the French Alps, to the Dolomites.

As I see it, in the story of Christ’s transfiguration in the Gospel of Luke, we are confronted with a great paradox. Peter, John and James accompany Jesus up the mountain, but they each fall into slumber. The disciples awake and suddenly witness Jesus’s whole countenance transfigured, his face changes, and his clothes become a dazzling white. The Supreme Mountaineer doesn’t create an aura of comfort and security for the disciples, though.

Just as quickly, God sends a cloud which Peter, John and James enter. It frightens them, casts a shadow over them, and in that darkness, they hear God’s voice. They are speechless and afraid.

If I could take off on this snow-less, fairly mild day, and climb up any of these peaks in the Chugach Range surrounding Anchorage, it would not be to ponder God’s light and great glory. I would not be going to pray. This state is full of mountains of no mercy. All I can do is accept that much of the time, a cold black silence falls upon me as I go trembling along.

Kathleen Witkowska Tarr lives, writes and teaches in Anchorage, Alaska. Her work has been featured in many publications, including The Sewanee Review, TriQuarterly, and 49 Writers. She was a Mullin Scholar at the Institute for Advanced Catholic Studies at the University of Southern California and is a fellow of the Virginia Center for the Creative Arts. She contributed an essay to We Are Already One: Thomas Merton’s Message of Hope: Reflections to Honor His Centenary. Her first book, We Are All Poets Here, a spiritual memoir that tells the little-known story of Merton’s 1968 Alaska sojourn, is forthcoming from VP&D House. 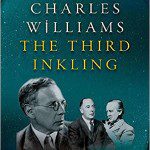 February 18, 2016
Review of The Third Inkling, a biography of Charles Williams (a very Sick Pilgrim indeed)
Next Post 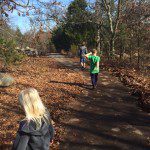 February 22, 2016 The Misadventures of a Pilgrim Dad: Teaching my Kids to Embrace the "White Martyrdom."
Recent Comments
0 | Leave a Comment
"https://www.youtube.com/wat..."
Theodore Seeber How Blogs Hurt (and Help) the ..."
"I agree with Jacobs. Our writer could have bowed to the altar in the Episcopalian ..."
edlondinium Dark Devotional: The Case of the ..."
"Oh dear. Shades of Pascal's wager. What I choose to do with my life is ..."
Linguagroover Dark Devotional: On the Outside with ..."
"A serious study of Catholicism will show that Jesus' Gospel message was and is a ..."
Jo Ann Elder-Nativity Dark Devotional: On the Outside with ..."
Browse Our Archives
Related posts from Sick Pilgrim