Confession: Is it Really Good for the Soul? Or is that just BS?

Confession: Is it Really Good for the Soul? Or is that just BS? August 8, 2016 Jonathan Ryan 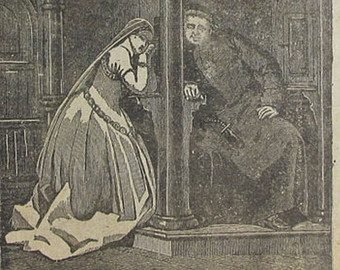 A few weeks ago, I attended the Applied Biblical Studies Conference at Franciscan University in Steubenville.  My gainful place of employment (Ave Maria Press) sent me to investigate possible new authors for our house. But I was glad for the chance to go. As a former Presbyterian minister, I spent most of my life obsessed with the Bible and studying every jot and tittle, as the saying goes. I thought it would be interesting to see the Bible from the eyes of Catholic Bible scholars.

As a convert, I sometimes feel like I walk between two worlds. I have great sympathy for my protestant brothers and sisters while defending some of the things we Catholics do. And, to add to my sense of displacement, I grew up in two very different wings of the evangelical world. As a junior high/high school kid, I grew up in the anti-intellectual circles of the charismatic revivalist movement which focused spiritual experiences, ecstasies and dramatic outward spiritual demonstrations. During my college/seminary/adult years, I grew up among the Children of Calvin, who sought knowledge, understanding and obsessed over the most arcane theological points, divorced from any real connection to the every day world.

Of course, at the heart of both are very good things. Mystical experiences ought to be a part of Christian life. Knowledge of the Bible and the world around them should be the goal of every Christian. But what struck me is that both had the same problem, what Walker Percy calls “angelism,” that is, the idea that if we live so much of our life inwardly, we become detached from reality and float into the ether.

When this comes to things like the confession and turning away of sin, it can have deadly spiritual consequences. I thought about this as I decided to go to confession at the conference, my first time in about three months. As I joined the20-minute line for confession, I wondered why I had such a hard time going on a regular basis, especially considering I spent so much time confessing my sins on this blog or writing about it in other places.

I realized the problem is that I still leaned towards  an “angelism” view of my sin. When I was a protestant, I was sin obsessed. It governed everything I did. To my shame, I used to harangue my high school mates to repent and turn from their wicked ways of drinking, having sex, etc., while secretly wanting to do all the above. I didn’t, not because I loved Jesus, but because I was afraid. I remained a virgin until I got married not because I wanted to, but because I couldn’t live with the shame that I’d “failed”.

And yet, at the same time, I would confess my sins to an “accountability” group or from the pulpit. You would think the potential shame of those things would prevent people from committing sins. It didn’t, and it certainly didn’t restrain my desire to sin or make me want to live a holy life.

Why? I wondered as I scooted my butt along the pews towards the priest. Why did those things happen and why was it so hard to confess my sin to one priest, in private, when no one would know what I said to him? St. Paul talks about this exact point in the later part of Colossians, chapter two. Apparently, some false teachers were coming among the Christians at Colossae, and teaching them false doctrine in regards to sin, that is, a false piety that looks great in public. But he points out that not only does it not restrain you from sin, it actually becomes a deeper, more destructive sin: spiritual pride. And, St. Paul argues, it’s an over spiritualization of Christianity to detach sin and repentance from our body.  By doing so, it separates us from Our Lord and His Incarnation.

My protestant accountability group detailed every nuance of every sin and potential sin, including the sin of lust. Instead of fighting against sin, killing it and moving on, we fed the dark corners of our minds by obsessing over sin rather than Christ.

Or we would publicly shame ourselves and other Christians, by calling out our sins in public. I heard too many stories of singles mom having to confess their sins in front of the church (where, I wonder, were the dudes?) or elders of the church confessing in front of their wives and the entire church how much they lusted after other women.

This would seem like the harder, more godly route. But I realized as I walked up past the altar to the waiting priest that its much harder to go to confession. Because, if you do it right, it forces you to really examine your conscience and why you do the things you do. Why do you constantly cheat at your job? How come you can’t help yourself when it comes to women/men? What lies at the center of our hearts that causes the sin? Confession forces you to lay aside your pet sins, the ones you’ve cultivated and fed, that are now a significant part of you even as you despise them. Confession is about cutting them out and getting rid of them for good without drama and without a big display.

As I prepared myself for confession that day, I went over the list of sins that I would give to the priest. What I realized is that I just didn’t love or trust God enough. I had too much pride and confidence in my own ability to figure out the life of a Christian by myself. I didn’t need anyone, especially God, trying to tell me what to do.

But, that broke me, because I’m bad on my own. I do need help. Loads of it. Thousands of years of it, in fact.  I don’t need to be brow beaten or to obsess over my sin, I just need to get rid of it, lay it at the feet of Jesus and resolve to do better. So, as I sat down with the priest, I started my confession with “Father, I just don’t trust or love God enough. That’s the root of all my sin, to be honest.”

The priest, who didn’t know me at all, nodded in sympathy, spoke many kind words, absolved me (on behalf of Christ and the Church, not himself). And, I left, feeling free, easy and whistling, my burden lifted as I said my two Our Fathers.

A friend of mine sometimes teases me that Catholics can do whatever they want and then go to confession. In reality, confession is hard, really hard, because we actually have to tell someone what we’ve done, face to face. We are required to give physical activity to the act of repentance and that means humbling ourselves. Too often, I wore my confession of sin to the world as a badge of pride, that is “I’m a bigger sinner than you” and it never really made me want to turn from it. I either didn’t sin out of fear or the appearance of wanting to seem holy.

More than that, it’s hard because the Catholic Church tells me I have to set that sin aside, remember it no more, and move on. You don’t confess a particular sin more than once. I drop it at the door, and then I’m not supposed to obsess or beat myself up over what I’ve done.The funny thing is, many people accuse Catholics of self flagellation or other obsessive practices to rid ourselves over sin. No doubt, that’s been a part of the history of popular piety, if not official church teaching. But the church acknowledges that obsession with our own sin or potential sin–called “scruples” or “scrupulosity”–is unhealthy and often leads to graver sins of pride or despair. Confession is the tonic for scruples. It calls us away from obsession with sin towards the love of Christ and self forgetfulness. 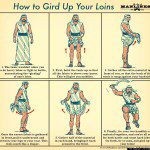 August 5, 2016
Dark Devotional: Grab Your Loins and Go
Next Post 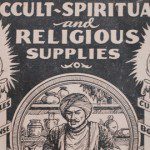 August 9, 2016 Seeking Tanis: The Search for Enchantment Leads (Back) to the Church
Recent Comments
0 | Leave a Comment
"https://www.youtube.com/wat..."
Theodore Seeber How Blogs Hurt (and Help) the ..."
"I agree with Jacobs. Our writer could have bowed to the altar in the Episcopalian ..."
edlondinium Dark Devotional: The Case of the ..."
"Oh dear. Shades of Pascal's wager. What I choose to do with my life is ..."
Linguagroover Dark Devotional: On the Outside with ..."
"A serious study of Catholicism will show that Jesus' Gospel message was and is a ..."
Jo Ann Elder-Nativity Dark Devotional: On the Outside with ..."
Browse Our Archives
get the latest from
Sick Pilgrim
Sign up for our newsletter
POPULAR AT PATHEOS Catholic
1