The Crucifixion Made Halloween Possible

The recent death of Jack Chick made me think about my own personal history with Halloween. For awhile, we celebrated the holiday like any normal Catholic family. The last year I remember dressing up, I wore a Yoda costume because of my deep abiding love for Star Wars.

But, as my parents got deeper into the Charismatic movement, they stopped letting my sister and me celebrate Halloween. I don’t blame them, as they got bombarded with all the supposed evils of the holiday. Not only did they have Jack Chick’s highly effective and horrifying (irony) artwork, but they had the story of Mike Warnke, an “evangelist” who supposedly was a high priest in a Satanic church. He railed against Halloween with his book, The Satan Seller, and spoke constantly about the evils of the holiday. As Cornerstone Magazine eventually proved, he made up the entire story.

But, even then, I never really bought into the hype; not really. Sure, I was scared of the devil but I didn’t think Halloween was his high, holy day. I could never explain why, so I’d always keep my mouth shut. Later in life, when I did research into the origins, I realized that Warnke and Chick had gotten something right, at least partially. Halloween had some of its roots in the pagan Celtic calendar and the time of Samhain. But, they were wrong when they believed this was a bad thing.

Samhain, the Celts believed, was when the veil between the Seen and the Unseen world was paper-thin. Anything could poke through from our world, or the worlds beyond could come crashing into ours. As Celtic mythology tells us, this was not always a very pleasant experience. Arthur Machen picked up on this idea in The Great God Pan when a teenage girl is driven mad because she can see into the unseen world after a small operation to her brain.

And indeed, numerous Christian writers discuss this theme, especially Charles Williams, one of my personal patron saints. T.S. Eliot says that Williams is the man he wanted with him if he ever visited a haunted house. The reason? Williams felt comfortable in both the Seen and Unseen worlds.

Williams embraced the idea that God wanted to meld the two into one reality – and, in fact, had been working to do so since the Crucifixion. In Matthew 27:50-54, something very strange happens after Jesus says, “It is finished,” and gives up his spirit. The temple veil is torn in two and the dead saints of the Old Testament rise out of their graves. And, not only that, but they walk the streets of Jerusalem and talk to people. This isn’t a The Walking Dead, rotting-corpse-eating-people’s-brains type of thing. Rather, it’s the reversal of death itself.

With Christ’s death, the veils of all the worlds are now ripped and they can leak into each other. It continues to rip every time the Eucharist is celebrated. As St. Gregory the Great puts it, “In the hour of sacrifice, things lowest are brought into communion with the highest, things earthly are united with the heavenly, and the things that are seen and those which are unseen are one.”

Every time we receive the Body and Blood of Christ, we are taken back to the moment of Jesus’ death. Many Protestants believe, wrongly, that Catholics are sacrificing Jesus over and over again. Rather, at the table, we are slipping through the veils of time back to the moment when the temple veil ripped. We are taken back to when the worlds collided and the boundaries no longer existed.  And, when we go to Mass, we are tearing at the veil, poking holes in it until the day when Christ returns and the veil will be shattered forever. All of reality will become one and time will take on a new meaning. There will be no dark powers haunting our dreams and terrifying us. They will be exposed for what they are, weak and contemptible.

St. Paul says as much in the second chapter of his letter to the Colossians.  He tells us that Christ’s death made a public mockery of death, the grave and hell. And when we eat Jesus, we can mock the devil. Which bring us back to the Irish and the Celts. They understood this truth, that the dark forces must bow the knees to Christ. And they celebrated that death no longer held sway over their loved ones who’d crossed over beyond the veil. Therefore, they could mock the devil and all scary things. That is why they kept celebrating Samhain and Halloween long after Christ took hold of their hearts. They understood the full truth of what Christ did on the cross.

The more I think about Christ’s death, the more I enjoy Halloween and All Saints’ Day. Death no longer holds the victory. Its not the final word. And the dead are not absent; they’re all around us. They walk with us, unseen, and if the book of Hebrews is to believed, cheering us on to the finish line. When I was a Protestant, I used to believe the dead could not interact with our world and that they are “with Christ.” But, oddly, I never questioned what I meant by that. The Bible doesn’t give us much to go on.

As I embraced sacramental theology, I realized the Righteous dead could never leave us. We are bound together in the Body and Blood of Christ. We’re bound with them in that moment of time when Christ started to bring everything together.

So, when I’m done mocking the devil on All Holy Ones’ Eve, I’ll go to Mass on All Saints’ Day.  I’ll take the Eucharist and try to imagine my dead brothers and sisters who are with me at that moment. One day, we will all see The Mystery face to face. And one day, we will no longer have to stare at each other through the veil of tears. Christ tore it and will one day do away with it.

And we will realize, we were never really alone.

October 28, 2016
Dark Devotional: The Terror of the Saintly Call
Next Post 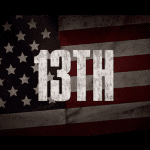 November 1, 2016 Slavery Still Haunts Us
Recent Comments
0 | Leave a Comment
"A serious study of Catholicism will show that Jesus' Gospel message was and is a ..."
Jo Ann Elder-Nativity Dark Devotional: On the Outside with ..."
"That is a beautiful little essay."
Tom Hanson Sonnet 73: Time, Friendship and Chronic ..."
"I recommend it, too."
Ame Book Recommendation: Meditations on the Way ..."
"and so this lent, I'm listening. I will do that too. God bless you"
emmanuel chibuikem Mental Illness and and the Darkness ..."
Browse Our Archives
Follow Us!