This post begins our series of features on the writers, musicians and artists who will be speaking and performing at the Trying to Say God Conference, June 22-24 at the University of Notre Dame.

“Talking about spiritual activity to a secular audience is like doing card tricks on the radio,” Mary Karr, bestselling author of and “unlikely” Catholic convert, told Terry Gross.

I remember hearing Karr on Fresh Air as I pulled into the parking lot of my desk job after a miserably cold and grey Indiana lunch break. I’d recently graduated from an MFA program in nonfiction, where I’d been told I shouldn’t use the word “soul” in my essays because it was “too vague.” I’d gone to work writing marketing materials for a Catholic university, thinking, naively, that I’d find my kindred there. Instead my office mates referred to me as “the witch” because I preferred lamplight to florescent overhead bulbs and I had a collection of vintage holy cards displayed on my desk.

Hearing one of the most respected authors in the genre I loved–memoir and personal essay–talk about the discomforts and attractions of practicing an ancient faith as an artist gave me yet another reason to be late returning to work.

I’ve always looked up to Mary Karr. Not just because she’s a brilliant memoirist, though The Liars Club is still a book I return to again and again in wonder at how she does what she does. But because Karr comes from a world that I recognize–the working class world of the deep south. 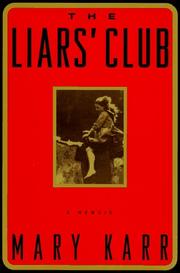 Karr didn’t have the pedigree I’d grown, in grad school, to think was essential to writerly success. I was only the second person in my family to graduate from college (my sister was the first) and the fact that I’d gone to Louisiana’s flagship state university–LSU–and not a regional college had been enough to make my family think I was too big for my britches. They were proud, sure, but they’ve always been skeptical. Going to graduate school up north at the University of Pittsburgh–hardly a bastion of the elite–made me insufferable and unrecognizable to them. Imagine my surprise when, at a writing conference I attended, I heard the guest author opining that she had to lecture to “state school kids,” as if this was the very bottom rung of literary status.

Karr’s parents weren’t professors. She wasn’t carefully groomed from birth for success. And yet, she had succeeded–overcoming trauma, sexual abuse, addiction, a “ruined childhood” in a backward town. I was already her devoted fan. But then I heard from her own lips–via NPR–that she had converted. And when I heard why Mary Karr converted, the needle screeched off the record.

KARR: I thought I had a better shot at becoming a pole dancer at 40, right, than of making it in the Catholic Church, and I think what struck me really wasn’t the grandeur of the Mass. It was the simple faith of the people. For me this whole journey was a journey into awe. I would just get these moments of quiet where there wasn’t anything. My head would just shut up, and I knew that was a good thing. And also the carnality of the church: there was a body on the cross.

So much of the contemporary apologetics of the Catholic Church that I’d been reading focused on the rational reasons to believe in Catholicism, all of which left me cold. I am not really a rationalist.  I was back in the Catholic Church because I wanted the faith I’d experienced in my childhood in New Orleans, a faith of human experience, not merely a faith of intellect; a faith whose rituals, by design, encourage a sense of awe; a faith that isn’t afraid of death and suffering (of which I’d already seen too much to believe pat Christian platitudes of a god who spends days running around slamming doors and opening windows) but instead goes right ahead and puts death in the middle of the church where you can’t help but stare at it.

And that’s the thing about Karr’s work–she writes about death, trauma, suffering, addiction, sin with a capital S, but she doesn’t resolve them neatly, nor does she give them the final word.

“I was a lonely, weird little kid, and for me poetry was eucharistic. The fact that another person felt the way I felt, as lonely, or sad, or scared, was so comforting to me, and I was so hungry for it. It was as if I could eat the poems, like they went into my body. That’s what I mean by eucharistic: somebody else’s passion, suffering, comes into your body and changes you.“

But here’s something else I love. Karr doesn’t just find religion in poetry, she finds poetry in religion. Religion is so often a dirty word–we’re fine with “spirituality” but “religion” is too confining a word, too old-fashioned, maybe, too backward. To say we are religious implies that we’ve given up our autonomy, foregone intellectual and personal freedom. The word itself, religion, does mean “to bind,” and God knows that this bondage has resulted in horrific abuse anywhere and everywhere it’s been enforced.

But Karr sees her own “binding” differently. The Mass, for example. It binds her to others in ritual worship, and it binds her to eternity, to Christ resurrected, in the Eucharist:

“I call it the carnality of mass: you stand up and kneel together, you all touch your chests when you say the act of contrition. My body bends the same way yours does. This type of connection is in poetry, too: when I read a poem, I breathe the way Wordsworth breathed. When we sing together, when we move together, inhaling and exhaling, our mechanisms are unified. I know a lot of people hate that as being sort of sheeplike, but sheeplike-ness, for me, for somebody who has been so special for so much of her life, is a very good thing. Pride is the sin I struggle with most. For me to become a citizen among citizens, a worshipper among worshippers, is central to my having any kind of spiritual change. Before, I didn’t know how much I needed this. I didn’t go in looking for it. But again, I was drawn.”

Karr’s most recent memoir, Lit, told me even more about how a smart-ass from small town Texas went on to start a renaissance of American literary memoir–and how her Catholicism is part of a story that has now inspired and encouraged many other smart ass girls from the south to take her as, if not a patron saint, than a patron “black-belt sinner.” And Her Art of Memoir gave us all the chance to eavesdrop on her classes in the graduate program at Syracuse University, worth the price of admission for the reading list alone.

Karr will speak at the Trying to Say God Conference on June 22, 2014 at 8 pm. To learn more about the conference, the invited speakers, and how you can participate, visit www.tryingtosaygod.com, follow the conference’s Facebook page, and/or contact us at Sick Pilgrim. 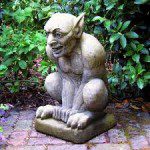 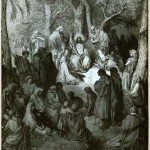 January 27, 2017 Dark Devotional: Blessed are the Poor in Spirit
Recent Comments
0 | Leave a Comment
"https://www.youtube.com/wat..."
Theodore Seeber How Blogs Hurt (and Help) the ..."
"I agree with Jacobs. Our writer could have bowed to the altar in the Episcopalian ..."
edlondinium Dark Devotional: The Case of the ..."
"Oh dear. Shades of Pascal's wager. What I choose to do with my life is ..."
Linguagroover Dark Devotional: On the Outside with ..."
"A serious study of Catholicism will show that Jesus' Gospel message was and is a ..."
Jo Ann Elder-Nativity Dark Devotional: On the Outside with ..."
Browse Our Archives
get the latest from
Sick Pilgrim
Sign up for our newsletter
POPULAR AT PATHEOS Catholic
1

Facing this Election, We Must Recall...
suspended in her jar
Related posts from Sick Pilgrim