Dark Devotional: He Who Comes to Me Will Never Be Hungry

Dark Devotional: He Who Comes to Me Will Never Be Hungry July 30, 2021 guest writer 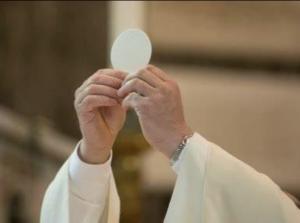 It was 8.30am on Ash Wednesday, 10 February 2016, when I noticed an email from one of the priests at the church I’d been to for the 7.30 am mass-–the church I had attended faithfully for 19 years until just before Christmas.

This Ash Wednesday morning, I’d gone to mass, then come into work to tweak the sermon I was giving at chapel at 9.30. After firing up my computer, I noticed an email from the priest who had celebrated mass. Given that the community rarely responded to my emails, I was rather surprised to receive one less than 30 minutes after I’d left church. I opened it:

As you know, Holy Communion is–amongst other things-–a celebration of union with all who believe the same Faith, both across the globe and across history. You, yourself, have told us that you frequently attend a non-Catholic church on Sundays. If this is the case then I must ask you not to present yourself for Holy Communion in a Catholic Church. If, on the other hand, you no longer attend non-Catholic churches on Sundays and Holy Days then, like anyone else who has returned to the Faith, you are of course most welcome.

He’d cc:ed two other members of the community. After the initial shock came the anger. “Who the f*** do you think you are, you coward,” I thought. “You have known me for *13* years, and you didn’t have the decency, the pastoral sense, the *balls* to catch me after mass and say, ‘Hey, haven’t seen you for a while, are you ok, can we help?’ and find out what was actually going on.” Pushing down my rage, I continued reviewing my sermon. Once I’d delivered it, I vented to friends (still my longest email thread at 30 messages). I moved on, closing the Catholic Church door and committing to the Anglican Church, where I am now churchwarden, on the PCC, and a member of both the deanery and diocesan synods.

Five years later, the USCCB drove hobnail boots into those old wounds and that rage with its attempt to bar President Biden from communion, acting as if he were putting on a Broadway musical to encourage women to get abortions when, in fact, the truth is quite different:

Biden has said he personally believes life begins at conception but recognises others do not share his view. “What I’m not prepared to do is impose a precise view that is borne out of my faith on other people,” he said in a 2015 interview with America magazine. (‘Soul of the Nation: How Joe Biden’s Faith Will Shape His Presidency,’ The Guardian, 20 November 2020)

Let me get this right, USCCB. You want to excommunicate Joe Biden, the man whose deep, quiet faith has gotten him through the loss of a wife and two children, who goes to mass every Sunday, carries his son’s rosary in his pocket, whose words have poured balm when hearts have been broken, who sponsored the Violence Against Women Act and the American Disability Act, whose infrastructure and safety net will decrease the number of abortions? The Joe Biden who wrote “My Catholic faith drilled into me a core truth – that every person on earth is equal in rights and dignity, because we are all beloved children of God.” That Joe Biden?

Not Bill Barr, who, since 1992, actually has put on a musical encouraging the death penalty in defiance of church teaching, reinstating the federal death penalty in his time as Attorney General, murdering 13 people in the last 6 months of 2020? Is that your final answer? Do you want to phone a friend? Ask the audience? Go 50/50?

No? Refusing Joe Biden communion is the hill you want to die on? All right, you do you, but this apostate would remind you that you are meant to do Christ.

I don’t know what Joe Biden felt when this USCCB threat materialized, but I remember feeling like I’d been kicked in the solar plexus, unable to breathe. I wrestled with some aspects of Church teaching-–which didn’t bother me, because growth needs resistance-–but I never had an iota of doubt that the Eucharist was the body and blood of Our Lord; ‘our food, our stay’ (Alleluia, Sing to Jesus); the source and summit of our faith. It was the Eucharist I turned to for nourishment: receiving Him in ordinary times, in dark times when I was just holding on, taking Him in every day that I might pour Him back into our broken world, His hands working through me to heal it.

What that email promised me, what the USCCB threatened Joe Biden, was spiritual starvation, each party stepping between us and Christ.

Before anyone starts with, ‘But you know the rules,’ yes, I do–and one of those rules was told to me by another priest, ‘I would never presume to withhold communion if you came to the rail, because it’s between you and G-d.’

G-d. What would G-d say, Father and Son? In today’s reading, Exodus sets us in the middle of Israelites so frightened and uncertain that they lash out, “Why did we not die at the Lord’s hand in the land of Egypt, when we were able to sit down to pans of meat and could eat bread to our heart’s content!” How does G-d respond to their mistrust, their throwing His gift of freedom in His face? Does He turn away? Let them starve?

He does not. He feeds them manna and quail, but only enough for the day-–except for Shabbat, for which they gathered a double portion the day before-–that they may learn to trust and follow Him, because He knows that faith is a process of growing and deepening (see Madeleine L’Engle, A Wind in the Door), not static, not a fixed point. He knows that journey requires food.

In John’s gospel, Jesus tells us to “work for food that endures to eternal life,” which, for a brief moment, appears to imply that food is a reward for work well-done…but then, someone asks the question:

‘What must we do if we are to do the works that God wants?’

Jesus gave them this answer, ‘This is working for God: you must believe in the one he has sent.’

That’s it. I don’t have to be perfect; I just need to go to Him: running, walking, on my knees, or, as my friend Liz Ferris says, ‘hanging on to the hem of His robe by my fingernails.’ When I do, this is His promise:

I am the bread of life.

He who comes to me will never be hungry;

he who believes in me will never thirst.

These passages and others, including Our Lord’s rehabilitation of Peter by asking him, ‘Do you love me?’ three times, then exhorting him to ‘Feed my lambs’ in response, have always led me to see the Eucharist as Pope Francis does: a powerful medicine and nourishment for the weak.

When I first heard that thought reflected in the invitation before communion in the Anglican Church, I held back tears:

Come, because it is the Lord who invites you.

This was what I needed in that email: an outstretched hand, a listening ear, even had the outcome been the same. “Come, Irim, come home. How can we be here? Let us talk and decide together.” It is what the USCCB should have offered Joe Biden and what a priest who, in the parish newsletter, publicly named someone he asked to refrain from communion, should have done. Instead, a number of priests and bishops use the Eucharist the way abusive parents use their ‘love’: withholding it to assert their will and control.

Beware, gentlemen: that love, that food, is G-d’s, not yours. Let Ezekiel 34 be your warning:

Would I withhold the Eucharist? Along with Rebecca Bratten Weiss, my answer is ‘yes’, and she presents her case beautifully here. My list includes Franco, Pinochet, the Argentinian junta of the 1970s, Jozef Tiso, the fascist priest who facilitated the deportation of Slovakian Jews to Nazi concentration camps. They dehumanized, oppressed, brutalized, and murdered many. Their actions were anathema, and hence, anathema sit. Even so, I would tremble and fall to my knees in sorrowful prayer as I did it. Withholding the sacraments is not a power play, but the gravest of actions and a last resort.

Those who use the sacraments for their own ends, attempting to build a wall between others and G-d, end up building a wall between themselves and Him: the very definition of Hell.

And so I say to email priest, the USCCB, parish newsletter priest, and others like them: bring it. You won’t keep me, Joe Biden, or anyone who seeks Our Lord away from Him, nor will you keep us from doing His work. He will feed us with the bread of Heaven, now and evermore, and we will respond in thanksgiving:

Almighty God, we thank you for feeding us with the body and blood of your Son Jesus Christ. Through Him we offer you our souls and bodies to be a living sacrifice. Send us out in the power of your Spirit to live and work to your praise and glory.

July 27, 2021
Things Keeping Us Going: Away on a Writers’ Retreat Edition
Next Post

August 2, 2021 Things Keeping Us Going: Circle of Life Edition
Recent Comments
0 | Leave a Comment
"https://www.youtube.com/wat..."
Theodore Seeber How Blogs Hurt (and Help) the ..."
"I agree with Jacobs. Our writer could have bowed to the altar in the Episcopalian ..."
edlondinium Dark Devotional: The Case of the ..."
"Oh dear. Shades of Pascal's wager. What I choose to do with my life is ..."
Linguagroover Dark Devotional: On the Outside with ..."
"A serious study of Catholicism will show that Jesus' Gospel message was and is a ..."
Jo Ann Elder-Nativity Dark Devotional: On the Outside with ..."
Browse Our Archives
get the latest updates from
Sick Pilgrim
and the Patheos
Catholic
Channel
POPULAR AT PATHEOS Catholic
1 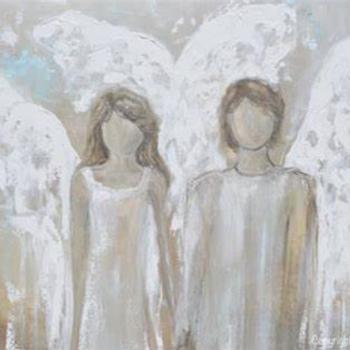