Trying to Say God (as artists)

A few years ago, Kaya Oakes wrote in America Magazine that “Catholic literary culture today might best described as a funeral for multiple corpses. This, for living Catholic writers, makes for a rather depressing set of circumstances to enter into.”

Soon after, I went to the Future of The Catholic Imagination conference at USC and saw this funeral on full display.

What depressed me most was that no one ever really defined a Catholic artistic imagination, how it gets formed, and what we can do to encourage this development in the future. But really the whole thing depressed me. I left the conference feeling depleted and worried about the future. Many of the other “young” writers (in Catholic literary circles, you’re considered young if you’re under 60) who attended felt the same. A panel of these young writers–ostensibly created to encourage dialogue with the old guard–was sparsely attended. All this talk about the death of Catholic imagination, and those of us who are very much alive and working in this inhospitable climate felt irrelevant and ignored.

When I first met Jess, we discussed this “funeral” for Catholic writing at length, and we asked ourselves a few different questions. Is there really no Catholic literary culture–or is this just something the intelligentsia like to say and hear? What’s the real problem here, and how can we address that problem? What do we actually do about it?

To be sure, we’re not the first ones who have ever asked these questions. This tempest has been swirling in the Catholic intellectual teapot for quite some time now. Dana Goia wrote about this in First Things. Paul Elie in the New York Times  and  Gregory Wolfe’s interview in The Jesuit Post and Dave Griffith for Good Letters. And then, Kaya Oakes’s piece in America, which Jess thought nailed her own problems to the wall: we’re here, the young Catholic writers–but we’re mostly ignored by those who could help us enter the holy land of mainstream publishing. We write books that receive favorable press from secular institutions, but we’re ignored by our Catholic “elders.”  Or we write books that are too Catholic for the secular world and too secular for the Catholic world, like Oakes’s Radical Reinvention or Jessica Griffith’s Love and Salt or David Griffith’s A Good War Is Hard to Find. Or like me, they get pigeonholed as a “genre” writer, (I write paranormal thrillers) which somehow became a dirty word, even though many of our literary heroes would be pigeonholed as such if they were publishing today. In short, we know there are plenty of us—Catholic, doing solid artistic work–and yet we felt like the Whos in Whoville, shouting “we are here!” but not being heard.

Our theory is this: The lack of Catholic literary culture is related to the lack of any sort of distinguishable Catholic culture period. As Catholics have become more and more protestant, losing touch with the mystery of the Mass and the wrestling with the often outrageous claims of the Catholic faith, we were left with nothing to push against. We aren’t calling for a return to the Latin Mass, but the fact is that the great artists that we hold up as our gods of the arts were formed by that Mass and participated in the life of the Church, and their art reflects the clash of that ancient Church with their contemporary milieu. It was the framework from which they wrestled with life and questioned God–it was how they saw reality.

The modern Catholic writer seems embarrassed by the Mass and maybe for good reason. Many of our parishes have started to resemble the ugly stadium/concert hall atmosphere of Protestant megachurches, complete with easy to read pulp books in the back of the church that boil Catholicism down to easy self-help formulas. Artists are often attracted to the Catholic Church they discover through masterpieces of Catholic literature and art, but they go to their local parish and find no Mystery to engage, to worship, or even to be angry with. They find pablum. Catholic arts and culture no longer have a center that holds everything together.

We artists bear some of the blame. We’re more concerned with literary acclaim and the respect of our secular peers. And yet if we strive to create art from our experiences with real life–divorce, addiction, doubt, and so on–we also risk being scorned by our faith communities. Mary Karr, in an interview with NPR, admitted she was afraid she wouldn’t be invited to the table anymore if she wrote honestly about her conversion story.  But in striving only for literary respect, as Randy Boyagoda pointed in his article in First Things Catholic writers aren’t reaching a wider audience. They write to each other in an echo chamber while the wider culture remains oblivious or uninterested. Instead of focusing on the Eucharist–exploring and discovering in their art the truth and pain and sorrow of a life lived in tension with Catholicism–they are focusing on the Pultizer. Or even the Pushcart. They rightly fear a loss of respect or even their livelihoods. Often they are academics who fear “coming out Catholic” would hurt their chances at tenure. We get it.

In short, we had a hunch that hostility towards Catholicism from the outside, and from the inside, ill-defined and frankly awful sacramental theology, had strangled Catholic artists and eroded Catholic literary culture. We’ve become bookish navel gazers who glorify the past, performing post-mortems instead of doing the work.

So, how do we move forward? Well, the first solution we offered (to ourselves) was to come back into contact with the Mystery of Faith and all the contemplation that comes with it. It meant going back to Mass–even an ugly, liturgically offensive Mass–and to engaging deeply with the Catholic writers, saints and mystics that spoke to us, and to enter a life of prayer.

Second, we were going to make a commitment to seeking out other Catholic writers and artists. We suspected there were more like us–laboring in obscurity–working to hone their skills and their faith simultaneously, feeling left out of the discussion. So we set up this blog as a kind of beacon. We threw up a soap box and offered people the mic.

We started reading and talking about the Catholic literary “renewals” of the past–the English revival of Sheed and Ward, the French revival of the Maritains, and the less cohesive but probably even more beloved American golden age of O’Connor and Percy and Merton. They all wrote things that pushed against their current context, their culture and time. This is a hugely important idea in all three movements–resistance. And second, though they counted professors and theologians among their circles, they didn’t confine themselves to professionals or the the literary elite. They were in conversation with all kinds of people. They read each other’s work and saw each other’s paintings and listened to each other’s songs. They encouraged and inspired each other to make art–and to continue to live out their faith. They weren’t traveling alone.

It’s in this spirit that we founded, with Ken Garcia, the Trying to Say God conference, taking place June 22-24, 2017 at the University of Notre Dame. Instead of “a funeral for multiple corpses,” we envisioned this conference as a celebration of the contemporary writers, artists, and musicians who have emerged in a literary, religious and cultural milieu vastly different from that of our lionized predecessors. We want the adjuncts, freelancers, bloggers, poets, painters, singer-songwriters and genre fiction writers to come together and share the ways they’re working, often alone and isolated and amid hostility toward their faith, within a tradition that may trouble them, challenge them, and inspire them all at the same time.

We don’t want to mourn the past, but to celebrate what is living, and to create a community of support, encouraging each other in a world that is dismissive and outright hostile toward our faith. We want to help each other to continue Trying to Say God in our own distinctive ways.

Starting now, the Sick Pilgrim blog will be ground zero for the discussions that will lead up to and follow the conference. We’re going to introduce you to all our invited speakers and link to our favorite essays and articles on this subject as we prepare to meet in June.

We know we aren’t the first to notice this problem. We stand on the shoulders of giants. And we don’t claim to know the right way forward. We barely know the right step to take in our own lives. We really don’t know how all this is going to shake out. But just as this blog was, in some way, our throwing up a soap box and handing over the mic, we’re hoping the conference will give the stage to those who are doing the work now. We’re going to come together for three days of conversation and worship and contemplation at the University of Notre Dame and see what happens. 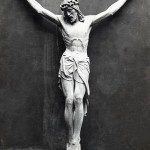 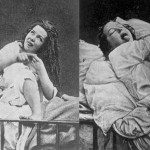 January 19, 2017 Dark Devotional: We must be crazy
Recent Comments
0 | Leave a Comment
"I agree with Jacobs. Our writer could have bowed to the altar in the Episcopalian ..."
edlondinium Dark Devotional: The Case of the ..."
"Oh dear. Shades of Pascal's wager. What I choose to do with my life is ..."
Linguagroover Dark Devotional: On the Outside with ..."
"A serious study of Catholicism will show that Jesus' Gospel message was and is a ..."
Jo Ann Elder-Nativity Dark Devotional: On the Outside with ..."
"That is a beautiful little essay."
Tom Hanson Sonnet 73: Time, Friendship and Chronic ..."
Browse Our Archives
get the latest from
Sick Pilgrim
Sign up for our newsletter
POPULAR AT PATHEOS Catholic
1

St. Maximos, The Will, And Universal...
A Little Bit of Nothing
Related posts from Sick Pilgrim