‘Cause the world can’t stand what it cannot own
And it can’t own You ’cause You did not have a home.

from “You Did Not Have a Home” by Rich Mullins

It’s been nearly 20 years since the world lost Rich Mullins. I never met the man or even attended one of his concerts, but I wept like a family member passed when news of his death in a car accident after a concert began to spread in my little evangelical bubble. That bubble was filled with super spiritual nonsense, prosperity gospel excess, and a demand to keep up appearances. I was 21 back then, already exhausted by the lies, and there was the Ragamuffin troubadour whose songs, essays, and interviews had such a humble authenticity born of broken dreams and bold faith. More than a few of my peers adopted Rich as a true north for how Jesus would have lived in the late twentieth century.

Mullins was raised a Quaker and became an evangelical superstar performing Christian contemporary music, a genre where the usual shallowness of safe and mushy pop positivity masquerading as Christianity was only surpassed by the routine falsehood of calling it contemporary or music. But he refused to learn how to dance on stage to make himself more marketable. He wrote and sang songs about brokenness, loss, temptations, and doubt alongside songs exploring the mystery of Christ in both his divinity and his humanity. Being no angel, his exposed humanity was the hallmark of his Christlikeness. He let others take his money and sow it into various ministries while he lived off the average salary of an American worker in any given year. He broke away from Nashville and found his calling living on Indian reservations in the Southwest where he taught children how to play music.

Within days of his death, word began to break of his intent to become Catholic. His fans were aware of his fascination with Chesterton and St. Francis of Assisi. Some were concerned by his use of Catholic imagery and the increasingly Catholic bent of his preaching during concerts. Several years before the accident, Mullins attended RCIA, Catholic catechism classes for adults. He did not convert then because of an inability to believe in the Eucharist. Yet the night before he died, he called Father Matt McGinness, the priest responsible for his Catholic instruction, to set up a meeting in two days to say his first confession and be confirmed, an act that would have severely limited his audience while opening up a new vocational question for a single man engaged in ministry within this new Catholic context.

Mullins told the priest, “This may sound strange, but I HAVE to receive the body and blood of Christ.” He died en route.

In the twenty years since, this conversion story has been ridiculously whitewashed, presumably to safeguard both his legacy among evangelicals and the religious opinions of evangelicals who might be tempted to swim the Tiber and defect to the Roman church. ‘Canticle of the Plains’, his musical adaptation of the life of St. Francis as a Civil War veteran sojourning through the American West, is no longer performed. Official biographies and tributes either ignore the Catholic thing or do their best to downplay it or explain it away.

But as an anti-Catholic evangelical frustrated with the legalism of my church’s trappings, I learned the man I saw as most alive and free in the grace of God was ready to do what I found unthinkable. Rich Mullins had bridged the chasm of my own prejudices and preconceptions, and after two years of wrestling with the harder teachings of Catholicism on my own, I received the sacraments of confession and confirmation that Mullins missed by a day.

During those two years of not being Catholic yet and no longer fitting in with the evangelical subculture, my spiritual life was a miniature agony in the garden, but I had the Ragamuffin mythology of the homeless man. I devoured everything Mullins ever said or wrote. He frequently sang about taboo things for a Christian musician to talk about, topics like breakups, false friendships, and American violations of social justice demands. He talked openly about writing “Hold Me Jesus” while he was alone and fairly anonymous in Amsterdam, tempted by an environment where everything was legal. But nothing moved me as much as his last project. A couple of weeks before he died, Mullins recorded acoustic demos of his intended next album on a cheap cassette recorder he bought at K-Mart. The Jesus Record was an album of meditations on the life of Christ. Believe it or not, this was a somewhat groundbreaking concept in the Christian music industry, and Mullins offered deeper insights into the person of Christ than any sermon I had heard until that point. He reminded us that “the hope of the whole world rests on the shoulders of a homeless man,” that “the whores all seem to love him and the drunks propose a toast,” saying “surely God is with us.”

This is a dark devotional for Palm Sunday, also called Passion Sunday. Our readings start with a gospel about how popular our Lord was when he rode into Jerusalem atop an ass. The readings conclude with a different gospel, an account of how the uneasy alliance of religious folks and an unpopular godless government collaborated to put Jesus to death. The crowds turned on the Savior within a week’s time. The readings are long. You’ll hear them at Mass. I’m doubtful that I can say anything original about Jesus dying on the cross, let alone worthy of being a footnote to the event that secured our salvation.

But you have to indulge me in talking about Rich Mullins on this occasion. The Jesus he knew is the Jesus in whom I believe. And I wish Rich was still here with us, no doubt getting a kick from Francis being Pope, railing against the injustices of American politics at home and abroad while gently refocusing our attention on Christ, reminding us that the applause of the crowds on our Palm Sundays is not a kind omen, and that the crucifixions coming to us on our Good Fridays are not the end of the story either.

And if the stories about Rich are true, you know he’d be smiling about getting to say ass in church this Sunday.

Brian C. Jocks is an award-winning illustrator with a B.A. in fine art from the University of Louisiana. Brian’s art makes its way online on Tumblr, Instagram, and Twitter. 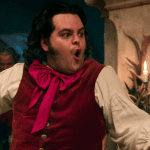 April 3, 2017
What Your Outrage at LeFou's Presumed Sexuality Says to the Mom of an LGBT Child
Next Post 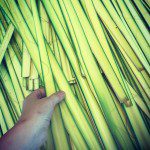 April 10, 2017 For the People Who Cry During Holy Week
Recent Comments
0 | Leave a Comment
Browse Our Archives
get the latest from
Sick Pilgrim
Sign up for our newsletter
POPULAR AT PATHEOS Catholic
1

Catholic
Not by the Book
Sick Pilgrim
TRENDING AT PATHEOS Catholic