For the People Who Cry During Holy Week

For the People Who Cry During Holy Week April 10, 2017 Jessica Mesman Griffith

On Palm Sunday, we process into church waving blessed fronds. The priest walks amongst us, bearing the crucifix. We’re recreating a scene that has the power of a cruel joke: Our Lord, greatly feted by his people, riding to his kingship on a borrowed ass. And Jesus knows, as we know, waving our palms like spears, that this kingship means torture and death. The victory march is a death march, victory and death braided as intricately as the little girl next to me braids her fronds to pass the time. It’s a long Mass.

I don’t want anyone to see me crying. Nobody else is crying. Why isn’t anyone crying? An innocent man, a healer, a teacher, kind to women and widows and children, is being led by donkey to mockery and death.

Later, on Facebook, I see a post from a friend confessing her own tears, and her shyness of them, during Palm Sunday Mass, and I realize I wasn’t the only one hiding my face.

Why do we cry during Holy Week, when the story is so old and so familiar?

I cry because I’m Judas’s disbelief that he could be the betrayer. I know his conviction that this, after all, can’t be the Savior, this man who won’t go to war, who won’t seek justice as Judas’s imagined God would. This is no savior at all, and worth no more than 30 pieces of silver.

I cry because I’m Peter’s boast never to deny my friend. I am his humiliation when fear overtakes him and he forgets his promise; when he fails to live into his love bravely, despite the cost. I’m his self-hatred when the cock crows the third time, confirming the predicted weakness of his flesh.

I’m Pilate’s desire to keep the peace, to get away from the crowd, to wash his hands of the whole mess and get on with his day, to let these seething, contradictory, self-abusing religious people eat their own.

I’m Pilate’s wife’s trust in a fever dream, her frantic message to her husband, her desperate attempt to intervene, too late. She does the right thing, but probably for the wrong reasons. Have nothing to do with this man.

Pilate releases Jesus to the soldiers and they drape him in a red military cloak, give him a crown of thorns and a reed for his scepter. Here is our king. Our church, too, is cloaked in red–the crucifix, the flags that hang above the pews. Martyr’s red. Mockery’s red. Same. What is more of a mockery than a martyr’s death? For love and conviction, for faithfulness and obedience, you earn the honor of torture and death.

Then come the Marys, the women who minister to Jesus “at a distance” while he walks to his death. They must serve “at a distance;” they’re women. In this church where I worship, we must still keep our distance from his sacrifice, never welcome at the altar to break his body as bread.

Then a crowd gathers to gape and to taunt. If this is truly the Son of God, why must he stay on that cross? If your God is real, then get down from there and get on with your life. Why must you weep and suffer? Why are you not full of joy, full of gratitude?

How do you keep from singing?

The anguished cry from Jesus on his cross is the wail of defeat, not a victory whoop. And yet this is what it looks like to win in Christ’s fashion. This, we know, is real love. This, we know, is Passion: horror and torture and abandonment and loss, endured. God, trusted. Even unto death.

We bow our heads in silence and pray.

May all who cry this Holy Week be comforted. Somehow.

At the end of our tale, we hear of the generous man who was so moved by tragedy that he supplied his own tomb for the mendicant preacher, who had no place for his head while he lived.

Think of it. Even if we are by turns Judas and Peter and Pilate, we might also be Joseph of Aramathea. In every tragedy we can’t prevent, and even in the tragedies we create, we might at least provide the dark tombs where resurrection begins. 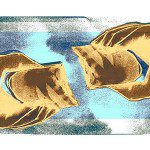 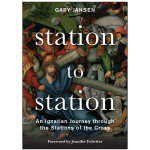 April 11, 2017 Stations of the Cross: A Spectator to the Execution
Recent Comments
0 | Leave a Comment
"https://www.youtube.com/wat..."
Theodore Seeber How Blogs Hurt (and Help) the ..."
"I agree with Jacobs. Our writer could have bowed to the altar in the Episcopalian ..."
edlondinium Dark Devotional: The Case of the ..."
"Oh dear. Shades of Pascal's wager. What I choose to do with my life is ..."
Linguagroover Dark Devotional: On the Outside with ..."
"A serious study of Catholicism will show that Jesus' Gospel message was and is a ..."
Jo Ann Elder-Nativity Dark Devotional: On the Outside with ..."
Browse Our Archives
get the latest from
Sick Pilgrim
Sign up for our newsletter
POPULAR AT PATHEOS Catholic
1 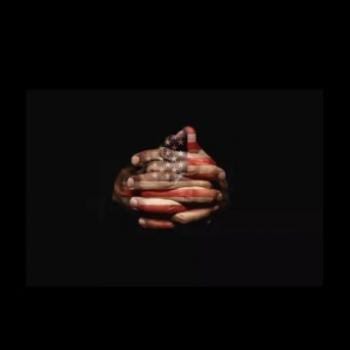 Catholic
Prayers of the Faithful on Inauguration Day
Sick Pilgrim 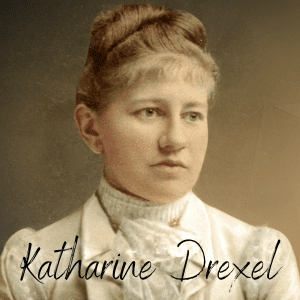 Katharine Drexel - Letting God Wreck Our Plans
Has God ever thrown a wrench in your plans? Katherine Drexel had...
view all Catholic blogs
What Are Your Thoughts?leave a comment
Copyright 2008-2020, Patheos. All rights reserved.