Dark Devotional: Get Behind Me, Satan!

From that time on, Jesus began to show his disciples that he must go to Jerusalem and suffer greatly from the elders, the chief priests, and the scribes, and be killed and on the third day be raised. Then Peter took him aside and began to rebuke him, “God forbid, Lord! No such thing shall ever happen to you.” He turned and said to Peter, “Get behind me, Satan! You are an obstacle to me. You are thinking not as God does, but as human beings do.” (Matthew 16) 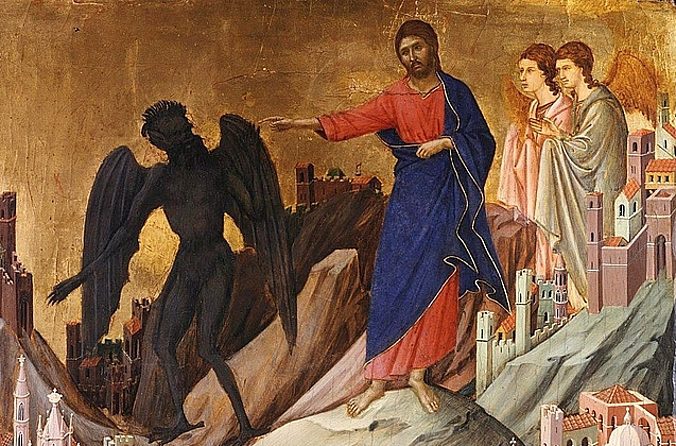 When Jesus tells his Disciples that things are going to get rough in Jerusalem, that He will be killed, and then will rise from the dead, Peter responds in a way that, to me, sounds utterly reasonable. Peter, as Jesus’ loyal lieutenant, vows to fight to protect Christ. For the longest time, Jesus’ response—Get behind me, Satan!—bothered me deeply. I couldn’t understand why Jesus would be so angry. Shouldn’t He be gratified that Peter loves Him enough to lay his life down for Him? Like Peter, I’ve only been looking at this story from a human perspective. God’s ways really aren’t our ways.

I don’t presume to understand the Unknowable God. I’m no biblical scholar. Still, rereading this passage, I see that Peter’s solution would further splinter the Jews. (My side is right! No, my side is right! Your side should just cease to exist!) It would also alienate the gentiles Jesus was seeking to reach (Why would anyone want to believe in a God that gets His followers so violently angry at one another?) Perhaps Peter’s response should have been to ask Jesus how to walk through these trials—and share the miraculous glory of the resurrection—with Him.

I get it, though. I see how the Church, at least here in America in her many iterations, has all but failed to see things from God’s perspective. We’re very much like Peter, that working-class fisherman, loyal friend and aide, hot-tempered, man of action. We have seen the truth of God, and we’re itching to fight anyone who says anything against Him. We identify enemies of God (people of color, Muslims, gays, women who feel led to preach, someone like me who dares to ask questions…), and we’re prepared to wipe them out to protect our Savior.

Like Peter, we still have no idea how this God business works. Christ the Savior doesn’t need us to fight to protect Him. What does death mean to the Son of God? It only matters because we care about death. Out of His love for us, He came and saved us from it.

It’s been over two thousand years, and we still think like people. We still don’t understand God and His ways. Yes, Jesus was angry with the Pharisees and the teachers of the law, because they got it wrong, and were hurting the very people they were charged with teaching about following God. Yes, He called them out on their errors, and yet, He didn’t destroy them. He’s All Powerful, He certainly could have. Instead, He persisted to show them, and everyone else who was watching, the truth. This is the piece that Peter—and I—failed to understand. He still loved them. Likewise, He still loves us all.

Despite His frustrations with him, Jesus chose Peter, a hot-headed fisherman, to carry on His work after His return to the heavens. Peter finally figured it out. Leaving his boats to follow Christ was nothing. When the time came to really lay down his life for his faith, Peter was no longer itching for a fight.

I’m not there yet. I want to fight everyone who is wrong. I’m not yet able to muster up any love for Neo-Nazis, or the politicians arguing that some Americans are not valuable enough to have access to quality health care, or the PTA moms who shun the single-mother who didn’t make her own organic baby food, or… I want to burn it all down. Get behind me, Satan. My Christ have mercy on me and on us all. 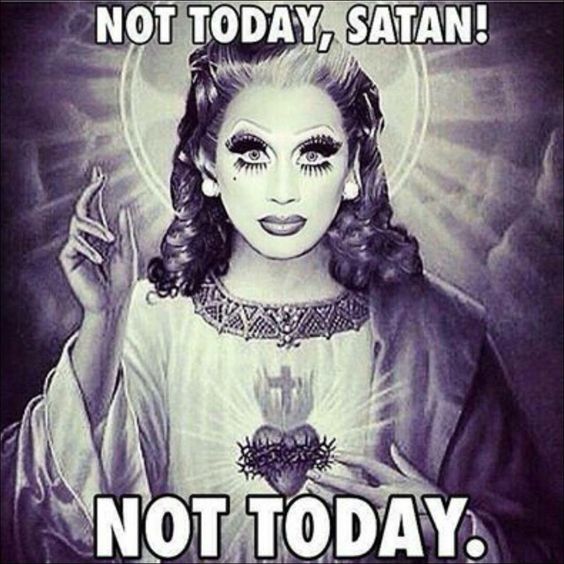 Kristen Allen is a mother, daughter, wife, aunt, niece, and preschool teacher. She lives in central Massachusetts with her remarkable husband, two sons (because her daughter had the good sense to move out of town) and two incorrigible dogs. She’s written about family life, education, community service, and her ongoing battle with the Almighty at The Prodigal Son’s Mother (http://prodigalsonsmom.blogspot.com/), The Woonsocket Call newspaper, and other publications. 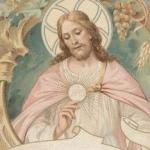 August 31, 2017
My Daily Bread-lessness: A Celiac Sufferer’s Prayerbook
Next Post 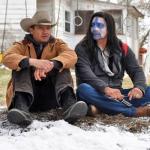 September 6, 2017 Wind River and The Death of the "Godly Man."
Recent Comments
0 | Leave a Comment
"https://www.youtube.com/wat..."
Theodore Seeber How Blogs Hurt (and Help) the ..."
"I agree with Jacobs. Our writer could have bowed to the altar in the Episcopalian ..."
edlondinium Dark Devotional: The Case of the ..."
"Oh dear. Shades of Pascal's wager. What I choose to do with my life is ..."
Linguagroover Dark Devotional: On the Outside with ..."
"A serious study of Catholicism will show that Jesus' Gospel message was and is a ..."
Jo Ann Elder-Nativity Dark Devotional: On the Outside with ..."
Browse Our Archives
Related posts from Sick Pilgrim