Associate Editor’s note: This Dark Devotional was written reflecting on the Feast of Christ the King, the end of the Church year. I thought it fitting now, at the beginning of a new calendar year. Hope you will too. Happy new year. -Matt 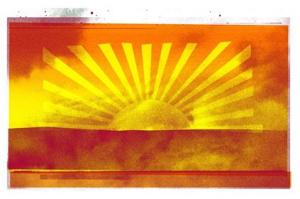 The year is nearly over. Today marks the beginning of the end. Next Sunday we begin the new year with the start of Advent. It is almost as though we have finished our journey. Our quest is accomplished, we’ve limped back home, broken, beaten, but not destroyed. That’s how I feel anyway. This last liturgical year has been something of a whirlwind. I began it desiring to be Catholic, but not in full communion with the Catholic Church. Now I am. More things in my life, things best left unsaid for the moment, have caused me to feel a little down, a little beaten, as the year comes to the close. And yet, I am supposed to be reminded that Christ is the King. That somehow he is still reigning over all the pain and suffering I have encountered and others as well, who have encountered worse suffering than I. And then I came to the readings for today.

In the final passage, the Gospel for today, we receive what looks initially like rather stark news. The sheep and the goats are divided, with things not ending well for the goats. But then we look at why the sheep and the goats are divided. The sheep clothed Christ, fed him, gave him something to drink, welcomed him, clothed him, cared for him, and visited him in prison. The goats did not. When both groups ask when they saw Christ hungry, thirsty, a stranger, naked, ill, and in prison, they are told that whenever they do––or don’t do––these things for the least of Christ’s brothers (who are all people, really) they have done it for him. In other words, those who have been beaten and left lame by this year, they must be cared for by the rest of us, for they are Christ. It does not matter if the least of these is a Christian, a Muslim, or a trans or gay person. We, the Church, the sheep (some of the stupidest domesticated animals on the planet, by the by), must care for the least among us, the marginalized, the weak.

Buy why must we do this? Why is this our job? Well, the first two readings tell us. In Ezra we learn that God himself is the one who will pasture his sheep, give them rest, seek out the lost, bring back the strayed, heal the injured and sick, and even destroy the strong. And whether we interpret the strong to be those ready to move on to the next stage, or those who use their power to oppress the weak, it does not matter. The emphasis is clear, God is the one who will do this work of healing the poor and the oppressed. So if God himself is to do this, what has this to do with us?

In the second passage from 1 Corinthians, we are shown that Christ is the King of death, having defeated death by death “so that God may be all in all.” What is a glorious example of Christ’s kingship is also a reminder of our of job in all of this. After all, Christ is the first fruits of those who have fallen asleep. “For just as in Adam all die, so too in Christ shall all be brought to life….” We who are in Christ have a share in Christ’s resurrection and also a share in his kingship. As the rest of Scripture makes clear, those who are in Christ are so united to him as to, ultimately, make the distinction between him and us blurred. This means that when Ezra tells us that God will care for his sheep, thanks to Christ this means he will often do so through us, for we are on the path of theosis, of deification.

In the end this ought to give us hope for many reasons. First of all, those of us who have been beaten by this last year will be cared for. God will bind up our injuries, heal our infirmities. And he will often do so through his Church wherever it may be found (after all, as C.S. Lewis has noted, even the sheep didn’t realize they were caring for Christ). But we are also given a mission. We are to enact Christ’s kingship on earth? How? by caring for the poor, the oppressed, the marginalized. For in them we will find Christ. The poor man’s face, as Pope Francis writes, can unfold “mystical meaning” (Laudato Si’, 6.233).

The old year ends with a reminder that Christ is King, and that we are called to enact his kingship on Earth. This, to me, is the perfect way to end the year, just before we start waiting for Christ’s return. While we wait, we must remember, there’s work to do.

David Russell Mosley has a PhD in theology, smokes a pipe, drinks scotch, writes with a fountain pen, and does all these things decidedly un-ironically. He writes over at Letters from the Edge of Elfland. 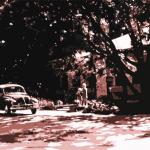 January 3, 2018
Approaching Mystery: Angela Crow's "It's a Cage"
Next Post 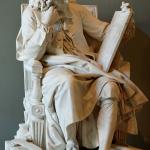 January 10, 2018 Approaching Mystery: Emily Terrell on Pascal and the Mystery of Wondering
Recent Comments
0 | Leave a Comment
"What age do you think this book is appropriate for? I'll put it on my ..."
Biking in a skirt Rereading “I Walk with Jesus” in ..."
"In the 90s, I knew a few Catholic women who would flirt with every priest ..."
Linda Daily What I Learned from Dating a ..."
"REally distrubing that you choose to make this poltical, cannot take you seriously and now ..."
ME Narcissism, Exorcism, and the True Nature ..."
"It's always the clearest sign of capitulation to block yourself from reading that which confuses ..."
rationalobservations? What I Learned from Dating a ..."
Browse Our Archives
Follow Us!