You Are Not Alone: Catholic Women’s Real Life Experiences of NFP, Part VI 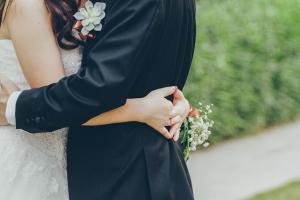 There are things no one tells you when they tell you about NFP.

Most people don’t know ahead of time that they’re infertile. When they walk down the aisle and dream of the future, no one ever says, “And it’ll take us (insert months, years, decades, never) to have a child.” No one ever tells you, “You will have children so fast and furious despite your best attempts not to, that you will begin to wonder if your uterus is a clown car.”

No one tells the ten couples seated in a room to learn about the exciting and wonderful art of Natural Family Planning, “At least one of you couples will not get pregnant when you want to, when you hope to. At least one of you couples will require time and outside intervention to conceive and maintain a pregnancy.” Yet, this is what the data tells us: one in ten American couples battles with infertility. For those infertile couples who find themselves part of “NFP culture,” stories of heartbreak and loneliness are all too familiar.

No one tells women who sign up to learn Sympto-Thermal through the Couple to Couple League that you might be one of the up to 25% of women who – for various reasons – don’t have the thermal shift which is needed to confirm ovulation in this method. Most of the women who “flunk” this method go on to a mucus only method.

No one tells women in the Billings or Creighton Model introductory sessions that you might be one of the untold scores of women who has cervical mucus discharge every single damn day. If you’re lucky enough to have a well-trained, competent instructor and a base infertile pattern easy to identify, yellow stamps and diligent charting will get you through. For a while. Until you hit 35, or 37, or 40 and that pattern changes entirely. No one tells you then, that you’ll have to start all over again.

No one tells you that it will be next to impossible to make the periodic abstinence of NFP work if both spouses are not equally committed to its use. No one tells you what will happen when one of you is Catholic and the other is not.

No one tells you when they veil the post-partum time in the euphemism of “challenging” that you’ll spend upwards of a year trying to figure out what the hell is going on – all while being told you must feed your baby on demand at the breast, you must be sexually available to your “poor husband,” and you must not get pregnant – good luck with that. If you’re incredibly lucky, you won’t be one of the 30% of women who ovulate before their first post-partum period. If you’re less lucky, you might have sex once in that year and find yourself staring at a positive test with a one year old on your lap.

No one tells you when they advise you to, “Just seek out NaPro Technology to help you conceive”, that the closest provider might be 200 hundred miles from your home, and doesn’t take your insurance, and you’ll have to have approximately a thousand vials of blood taken every cycle until Jesus comes back. No one tells you that you’ll have to shove progesterone into your vagina and wear a panty-liner every single day to contain the mess. Or if you’re less lucky than that, you’ll get to stick a two-inch needle into your own ass cheek to take an injection of progesterone that will feel like someone is burning you with hot coals. And by the way, you’ll have to order those shots from a compounding pharmacy in Azerbaijan that most assuredly does not take your insurance – so that will cost you a thousand dollars a month.

And if at any point along the way you question this “wisdom,” you’ll have every demeaning statement possible thrown your way.

“If you really wanted to be a parent you’d find a way to pay 10k out of pocket for that surgery.”

Said by someone who read an article online about NaPro Technology once.

“If you really understood the purpose of marital sexuality, you’d never be tempted to use condoms, the pill, get sterilized.”

Said by a priest, to a woman with six children under the age of 8 and a ruptured disc and hernia from back to back pregnancies.

“What else besides being a mother to many can sanctify your soul so well, and bring you true joy!”

Said by a woman at moms group who is pregnant with number 8 and secretly getting her tubes tied after this one, to a woman with “only” one child, who is on miscarriage number 5 and who secretly hates herself for not being the right kind of Catholic woman.

“If you just prayed more, the sacrifice of abstaining during fertile times would be easier!”

“You don’t even have to use NFP! You can just do nothing and let the babies come when they want!”

Said by a woman married to a millionaire who has a housekeeper and a nanny. She never struggles to keep food on the table, and has never had to choose between new school shoes for kids and paying her electric bill. She’s never lost even one of her many pregnancies to miscarriage, and her husband is a loving and attentive parent.

Many couples in the “NFP culture” wear masks, with which they affix joy, contentment, and holiness to pain, and confusion, and even sometimes despair. Yet, for those of us who cannot affix a mask – who cannot hide behind a pew full of smiling children – our pain and isolation is erased. No one tells you when they tell you about NFP that your story only matters when it fits the pre-approved narrative or joyful sacrifice and “honeymoon periods.” No one tells you the truth when they only tell happy tales. 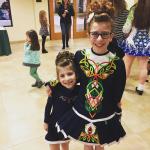 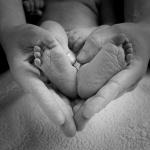