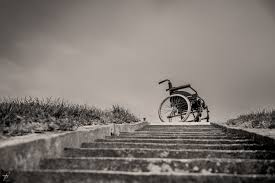 “Hey man, just thinking about you. I heard about your wife’s cousin last night, and wanted to remind you that I’m here if you need to talk or hang out sometime. Love you brother.”

I sent the text and put my phone facedown on my desk at work. Roony texted back a few minutes later, and we had a brief back-and-forth of messages. Through the text conversation, I learned that his wife’s cousin, who as his good friend, committed suicide. I’d only known that he’d died suddenly.

Roony let me know that his friend committed suicide with the text message: “I just wish he would have known his life was worth living.”

“Just promise me you’ll never do anything to hurt yourself.”

Maybe this seems like a platitude.  Maybe a conversation of this depth was inappropriate to have via text message. But it’s not the first time that my friend Roony and I have had this type of awkwardly deep conversation via texts.

In the year 2000, I finally crossed the threshold — I became what I assumed would be the pinnacle of my maturity — I entered high school. As a freshman, my innate introversion and my love of things scifi and bookish, coupled with my burgeoning developmental disorder which left me clumsy and unbalanced most times, became exaggerated by puberty. As a result, I believed that my awkwardness and inability to fit in with my crowd of peers was undeniably obvious. That belief didn’t lead me down roads of anger and anxiety, but to the slow-burn of depression.

Maybe I veered toward sad rather than mad because of my choice in music. I didn’t enjoy the loud and in-your-face hard rock, but the subtle, slightly melodramatic emo-punk music.

And I used to cringe at their regular use of the word “fuck.” I was so innocent back then.

I still feel the echoes of that music today, in how I gravitate toward heavy discussions; how I am fine discussing deeply meaningful ideas through the convenient and perhaps inappropriate route of text messages.

At the end of a particularly rough day of feeling like an outcast (so, you know, a regular day for a melancholic teenager), I found myself sitting on the bed in my room, head in my hands, feeling the throat-clenching, heavy feeling when psychological depression manifests itself physically. My eyes were dry though — I wasn’t then and still am not much of a crier. But I knew that the overwhelming worthlessness I was drowning in was bad for my well-being.

I don’t think suicide was more than a passing thought — but I had to do something to get out of the cycle I was in. I grabbed my first-ever cell phone and shot out a text message, a cry for help, to my friend Roony.

A big part of me didn’t expect a reply; I was blowing off steam and it was cathartic to just get the message out. Plus Roony and I weren’t exactly cut of the same cloth — he was cool, snarky, funny, charming, athletic, and blonde. I was awkward, inappropriate, quiet, geeky, and kind of brainy. We were basically the Cajun Zack and Screech from Saved by the Bell. 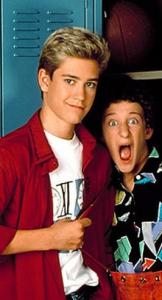 This may or may not be from our yearbook.

So I sent the text, saying that I’d had a lousy day, and put my phone down. I thought that was the end of that. It’s funny how looking back on that day, I can’t recall what happened to set me off in hormonal teenage depression. If the story ended with no reply to my melodramatic message , that day would have been just a typical day; one that doesn’t stand out in the backstory of my childhood.

“I’m coming pick you up. You’re going to spend the night here.”

We didn’t do anything out of the ordinary when I got to his house. We watched TV, talked a little with his mom, then went to bed. After all, it was a school-night.

I think that might be why the memory is so powerful to me: because it was no special event, just a guy snapping his friend out of a cycle of self-hatred. People like me, who often get trapped in their own interior doubts and insufficiencies, need that lifeline.

As you may have guessed from the text messages at the start of this essay, Roony and I remain close friends. He even found me a date to Homecoming my sophomore year, and he said that we would be able to ride with him, to dinner and the dance. I probably wouldn’t have gone otherwise, and definitely wouldn’t have had the courage to ask a pretty girl to be my date.

Again, it’s not the acts themselves that are noteworthy — Roony would have taken most of the same actions that Homecoming to give himself a good night — it was his thoughtfulness that was impactful. The thoughtfulness of reaching out to a lonely boy having a bad day, and then getting him a date to a teenage dance.

I don’t know if I can say he saved my life, but I can definitely say he reminded me that life is worth living.

Earth-shaking experiences are not necessary to leave a lasting impression on someone. Sometimes kindness shouts, especially when you live in a world of empty quiet.

May you always be reminded that despite what life looks like, others are there waiting for you. And on your best days, remember that whatever small acts you may do for another can have profound, lasting meaning.

And in your darkest hours, may you have a Roony.

“I no doubt deserved my enemies, but I don’t believe I deserved my friends.” –Walt Whitman 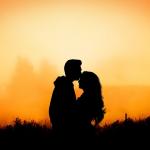 April 10, 2018
You Are Not Alone: Catholic Women's Real Life Experiences of NFP, Part IV
Next Post 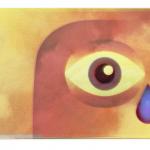 April 13, 2018 Dark Devotional: Let's Play a Game
Recent Comments
0 | Leave a Comment
"https://www.youtube.com/wat..."
Theodore Seeber How Blogs Hurt (and Help) the ..."
"I agree with Jacobs. Our writer could have bowed to the altar in the Episcopalian ..."
edlondinium Dark Devotional: The Case of the ..."
"Oh dear. Shades of Pascal's wager. What I choose to do with my life is ..."
Linguagroover Dark Devotional: On the Outside with ..."
"A serious study of Catholicism will show that Jesus' Gospel message was and is a ..."
Jo Ann Elder-Nativity Dark Devotional: On the Outside with ..."
Browse Our Archives
get the latest updates from
Sick Pilgrim
and the Patheos
Catholic
Channel
POPULAR AT PATHEOS Catholic
1