Dark Devotional: Who Owns the Vine? 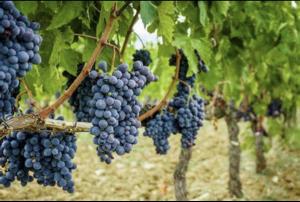 “The sexual abuse is awful and all, but you just can’t leave! You don’t want to go to hell!”

This was actually said to me when I wrote a piece about whether to stay in the church or leave when the 2018 abuse scandal broke. While the church has not taught that those outside it cannot attain Heaven since before Vatican II, this is still a common misconception.  A portion of today’s gospel doesn’t help:

Anyone who does not remain in me
will be thrown out like a branch and wither;
people will gather them and throw them into a fire
and they will be burned.

Of course, the verse compels us to remain in Christ. He says quite clearly,

I am the vine, you are the branches.

So we are to remain specifically in Christ; at this point there was no Catholic Church to speak of.

And who tends the vine? Again, it is not the Church:

Jesus said to his disciples:
“I am the true vine, and my Father is the vine grower.

God the Father owns, tends, and is responsible for the vine; not the church.

Let me say that again: The Catholic Church is not the Vine, nor does it own the Vine. Jesus Christ is the Vine, and we are each branches.

At first the apostles thought only Jews would be branches, but the vine expanded to include Gentiles.

The first branches all happened to be brown people, but the vine expanded to include all colors.

Frankly, we don’t know if all of the first branches were straight, but the vine certainly includes our LGBT siblings. The church states that simply having LGBT inclinations is not sinful. And wherever you stand on the sinfulness of acting on such inclinations, it must be admitted that all humans—therefore, all the branches—are sinful, so sinfulness does not prevent one from being a branch connected to the vine.

And how do we remain on the vine?

This is My commandment, that you love one another as I have loved you. Greater love has no one than this, that he lay down his life for his friends.

Lay down your life. I don’t think it’s too presumptuous, if we are supposed to lay down our lives for each other, to say that we are certainly supposed to save a life if we can.

So how is it that the USCCB lobbied against a national suicide hotline because it contained special funding for LGBT support? What justification can there be to prevent specific support for LGBT people considering suicide? LGBT youth are 3.5 times more likely to attempt suicide than their heterosexual peers. It seems like a no-brainer for the quintessentially “pro-life” church to be in favor of a hotline that would reach out to human beings at risk.

But instead of reaching out to a group in need, our shepherds lobbied against such efforts. They are not only not being good branches, they are taking it upon themselves to be the vine grower. They are attempting to take the place of God, in deciding who gets support to live when in a crisis and who does not.

This is personal to me. Those at risk have been my children, my friends, and my colleagues. There’s a good chance they are yours too, whether or not you are aware of it.

The thing about vines is, they’re feisty. Hardy. They find a way to wrap around, tunnel through, and stretch up to the sun. I have no intention of separating from the vine. But make no mistake: the true Vine grows abundantly, inside, outside, and all around many different buildings. You are not cutting yourself off and dooming yourself to the fire if you seek some sunshine and fresh air to grow. 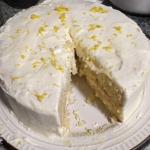 May 3, 2021 Things Keeping Us Going: Bird Watching Edition
Recent Comments
0 | Leave a Comment
"https://www.youtube.com/wat..."
Theodore Seeber How Blogs Hurt (and Help) the ..."
"I agree with Jacobs. Our writer could have bowed to the altar in the Episcopalian ..."
edlondinium Dark Devotional: The Case of the ..."
"Oh dear. Shades of Pascal's wager. What I choose to do with my life is ..."
Linguagroover Dark Devotional: On the Outside with ..."
"A serious study of Catholicism will show that Jesus' Gospel message was and is a ..."
Jo Ann Elder-Nativity Dark Devotional: On the Outside with ..."
Browse Our Archives
Related posts from Sick Pilgrim