Dark Devotional: More Than a Slave?

Dark Devotional: More Than a Slave? May 11, 2018 Guest Contributor 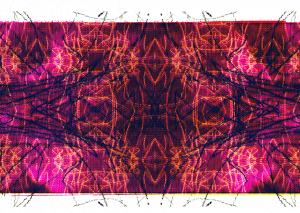 Art by the colorful and wovenly Brian Jocks.

In last Sunday’s gospel reading, Jesus commands his disciples to love one another as He loves them. It mostly makes sense to me. Even the corollary makes sense – that if I don’t cherish all those for whom Christ died, then I am no friend of His. The difficult part of this reading, for me, is when Jesus contrasts those whom He calls slaves with those whom He calls friends. This is difficult because I am compelled to identify myself as the slave. Jesus says that “a slave does not know what his master is doing,” and I do not know what Jesus is doing.

In the final lines of his very last letter, Screwtape howls in frustration at the failure of Hell’s Intelligence Department: “If only we could find out what He is really up to!” The joke is that all along he has refused to believe that God means it when says He loves the human vermin. Screwtape does not understand the catch: the catch is that there is no catch.

I have to admit that I howl with Screwtape. I’ve set a limit on God’s love. That God loves others, I can believe. That God loves me seems impossible. I do not know what He was about when He made me. I am not a good person. I find it much easier to excuse and forgive the wrongdoings of others than to forgive those which are mine. I clutch them like a miser. My fight with God has little to do with the problem of evil in the rest of the world. It has a lot to do with a stinking resentment that He never stopped me from doing bad things.

I seek understanding from a lot of places – but chiefly in poetry and literature. “I to poetry, I to my own heart,” writes Virginia Woolf in The Waves. Sometimes I find relatable content by which I feel personally attacked, but in which I also feel known and understood by the poet. For example, these lines from Franz Wright’s “Prescription”:

While you lie in bed

of every last terrible

thing you have done…

Or these from William Stafford’s “Mein Kampf”:

In those reaches of the night when your thoughts

burrow in, or at some stabbed interval

pinned by recollection in daylight,

a better self begs its hands out to you…

Or the ending of “Deer Hit” by Jon Loomis:

All your life, the trail of ruin you leave.

If only I had been good all along, I think to myself, I would be a friend of Christ. I would know what He is up to. I theorize about the inevitable good God will blossom out of the disease of sin. I try to organize the parts a wicked man plays into a drama that goes on longer than the one or two acts he appears in. I read in Wolfe’s You Can’t Go Home Again that “The seed of our destruction will blossom in the desert, the alexin of our cure grows by a mountain rock, and our lives are haunted by a Georgia slattern, because a London cutpurse went unhung. Each moment is the fruit of forty thousand years.”

I read in Stevenson’s Markheim the words of the protagonist’s – soul? Conscience? Angel? Demon? Doppelganger? Jungian shadow? – that “The bad man is dear to me; not the bad act, whose fruits, if we could follow them far enough down the hurtling cataract of the ages, might yet be found more blessed than those of the rarest virtues.”

I read in Eliot’s Murder in the Cathedral the final statement of Thomas Becket before he has the doors of the church unbarred to let in the drunken, murderous knights:

You think me reckless, desperate and mad.

You argue by results, as this world does,

To settle if an act be good or bad.

You defer to the fact. For every life and every act

Consequence of good and evil can be shown.

And as in time results of many deeds are blended

So good and evil in the end become confounded.

I want to say that humanity’s attempts to deface the great tapestries of God only serve as opportunities for more intricate and more beautiful patterns to be woven. But it is not enough. Jesus tells the disciples that they were appointed “to go and bear fruit that will remain.” What are the remainders of sin? What is the point of allowing it? Maybe Scott Cairns is right to contrast repentance with metanoia, when he writes:

on the other hand, turns

without regret, turns not

so much away, as toward,

as if the slow pilgrim

has been surprised to find

that sin is not so bad

as it is a waste of time.

What better description could there be of acquiescence to the currents of grace? Why then do I set limits on its power? Must I hug the cactus?

Do you want to know what gives me hope? Passages like General Loewenhielm’s speech in Isak Dinesen’s Babette’s Feast: “Man, my friends, is frail and foolish. We have all of us been told that grace is to be found in the universe. But in our human foolishness and short-sightedness we imagine divine grace to be finite. For this reason we tremble…we tremble before making our choice in life, and after having made it again tremble in fear of having chosen wrong. But the moment comes when our eyes are opened, and we see and realize that grace is infinite. Grace, my friends, demands nothing from us but that we shall await it with confidence and acknowledge it in gratitude. Grace, brothers, makes no conditions and singles out none of us in particular; grace takes us all to its bosom and proclaims general amnesty. See! that which we have chosen is given us, and that which we have refused is, also and at the same time, granted us. Ay, that which we have rejected is poured upon us abundantly. For mercy and truth have met together, and righteousness and bliss have kissed one another!”

“Hast Thou prepared astonishments for man?” writes John Berryman, in his “Eleven Addresses to the Lord.” At the end of this gospel reading, Jesus says that the disciples have been chosen “so that whatever you ask the Father in my name he may give you.” Well, I am asking to be given back everything I have ever rejected. If, as the Wovenhand lyrics go, “There is a sorrow to be desired / to be sorrow’s desire,” then I’ll take it. I do not want to be a slave.

Isak Bond is a husband, father, teacher, poet, actor and excruciated Catholic living in Phoenix, Arizona. He likes Shakespeare and Joyce. If you’d like to recommend better reading to him than what’s represented in this piece, he’s cool with it. 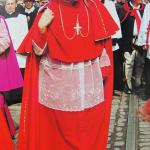 May 9, 2018
Here's Yer Catholic Culture: The Met Explores the Enduring Influence of the "Catholic Imagination"
Next Post 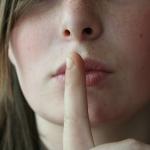 May 14, 2018 When NFP Doesn't Work: A Conclusion to Our 'You Are Not Alone' Series
Recent Comments
0 | Leave a Comment
Browse Our Archives
get the latest from
Sick Pilgrim
Sign up for our newsletter
POPULAR AT PATHEOS Catholic
1