You know you’re from Southern Louisiana when you’re shocked that people are shocked by the “appropriation” of Catholic symbols and traditions. We call our professional football team Saints and sing “Bless You Boys” at games. St. Joan of Arc, affectionately known as Joanie on a pony, guards the entrance to the French Market. The Met Gala has nothing on Mardi Gras. In New Orleans, we all live according to the liturgical calendar and the Catholic symbol system. Our imaginations are Catholic, whether we like it or not. And whether you like it or not.

It’s one of the reasons it’s so hard for me to be Catholic anywhere else. Without a lived Catholic culture, the vibrancy, the mystery, the marrow of the faith is all but lost. Can you be Catholic without it? Sure. But you’re not having nearly as much fun. In New Orleans you can throw out your convictions about proper etiquette and your ideas about the line between the sacred and profane. There’s glory–and evangelical gold–in the serendipitous beauty of that blending.

I was so thrilled by the Met’s new exhibit, “Heavenly Bodies: Fashion and the Catholic Imagination,” my heart rate dangerously accelerated. I’m not even joking. Here’s what it is, in case you haven’t heard of it: ” A dialogue between fashion and medieval art from The Met collection to examine fashion’s ongoing engagement with the devotional practices and traditions of Catholicism.”  This, people, is a folk piety nerd’s (I know you’re out there) and art lover’s dream come true. They’re not talking theology or doctrine here. They’re talking “devotional practices” and “traditions”–the faith of the people.

But when the pictures of the opening Gala started circulating on the web, Internet Catholics immediately commenced freaking out. And not in a good way. My reaction to their reaction: sadness. Brothers, Sisters, Gender Nonconforming Siblings, this is a moment to celebrate the unstoppable supernatural power and enduring allure of the Catholic symbol system–not to circle the church lady wagons and call the orthodoxy police.

Cardinal Dolan understands this. The Vatican understands this. Even Ross Douthat, for God’s sake, appears to understand this, and that in itself is proof of the miraculous nature of this moment in art history–though I disagree that decadence is a sign that the Church is dead. Decadence is the Catholic way, and can even be a powerful tool of conversion (see Brideshead Revisited and anything by Graham Greene).

The designer who dressed Rihanna also understands this. People are freaking out because she wore a mitre with her dress? The man I call my “spiritual father”– a pillar of my native parish and the former mayor of my hometown outside of New Orleans — wore a mitre every damn Christmas while he poured Ancient Age into the punch bowl, and his had a crawfish on it. Come on, Catholics. We’re funnier than this. Even Cardinal Dolan cracked wise about Rihanna’s head gear, saying he’d lent it to her. Are you more Catholic than the good Cardinal?

Y’all settle down. You’re missing a very rare chance to be proud of our tradition, to feel blessed indeed to share a heritage of beauty that can move even the most secular heart to awe. This is what Catholic culture–which is endlessly bemoaned as in its death throes if not dead altogether–is. When you let the people at it, you’re gonna lose control of it. And that can be a very good thing. Some of us wouldn’t have found Jesus without Mardi Gras.

I called my friend Colleen Mitchell, also a Catholic writer and New Orleans expat, to get her take on it. Here’s what she said:

“I’m sitting in the waiting room of a non-contraceptive prescribing obstetrician’s office whose normal birth practice is entirely midwife run. Who seeks this services? Look around. Catholic women with large families. Infertile women of all walks, desperate to get pregnant. Mennonite women, Highly tattooed crunchy mamas seeking natural, hands-off counterculture healthcare. Women over 40 who are looking for compassionate, comprehensive hormonal care. This doctor’s practice is informed by his faith. By default, that faith stance attracts different people for different reasons. Yet all benefit from it in specific ways. This is how faith blends seamlessly into the fabric of a community. ”

From an obstetrician’s office in Fort Wayne, Indiana, to the red carpet of the Met. That’s Catholicism, y’all. 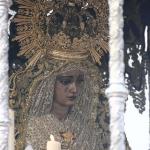 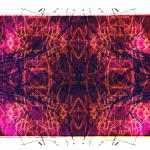 May 11, 2018 Dark Devotional: More Than a Slave?
Recent Comments
0 | Leave a Comment
Browse Our Archives
get the latest from
Sick Pilgrim
Sign up for our newsletter
POPULAR AT PATHEOS Catholic
1

From Founding a Startup to Deloitte...
Through Catholic Lenses
Related posts from Sick Pilgrim