It really was on a whim. I had nothing to do that evening, and a Moviepass card had been tempting me. Like Eve, I bit the damn apple, and found myself in a darkened, loud theater at my local cinema. I settled in with a small tub of salty, unbuttered popcorn from the concession stand and a ziplock bag of coffee-nut M&M’s I smuggled in. (My friend had asked me to bring my candy, but I still wanted to buy something from the cinema. I’m a rebel, but only when someone else asks me to be one. Like Adam.)

Adrift began with the unexpected: Tami, the main character, wakes on a mostly destroyed sailboat in the middle of an ocean. She is alone, independence forced upon her. She straightens the toppled sail, attempting to gain momentum from the wind, instead of remaining at the mercy of the water’s currents.

Tami yells for Richard and searches the horizon using the yellow pair of binoculars attached to the helm of the ruined boat. Richard is nowhere to be found. As this knowledge begins to seep in, Tami’s will is visibly shaken. On her own, lacking confidence, can she persevere in this unexpected situation? She is far from her set path, without any contact, adrift on the ocean, alone.

Instead of answering this question, the film flashes back in time to when Tami worked with a friend on an island in the South Pacific. Here, she meets Richard, a sailor docked there. Richard invites Tami to go sailing with him on a boat he built himself. Tami, probably swooning over the fact the he built his own boat, agrees, though she also admits that she doesn’t know how to sail very well.

Tami catches on quickly.  Her prowess astonishes Richard, who can’t believe that she lacked confidence in her sailing. The two dock on a secluded and vibrant Eden, and a love-story is born.

The film then cuts back to Tami, alone on the ruined sailboat, drifting in the middle of the ocean. The time hops are incredibly poignant. The film flips between complete desperation and cookie-cutter happiness, never letting one emotion drown the other.

I know that feeling.

Tami sees a pile of wreckage and sails toward it, seemingly on a hunch. Unbelievably, among the wreckage is Richard, mostly unconscious and in great pain, sprawled on a small raft. Tami dives in the water, gets him into the boat. In the wreck, Richard broke his ribs and shattered his legs, but Tami is overjoyed at having found him. She believes that with his nautical knowledge, their chances of survival are improved. Surely his expertise will make this situation better than if she were alone and naive.

And there is the premise of the movie. A quest for survival in the harsh, monotonous grey of an inhospitable ocean, juxtaposed with a time of plenty and puppy love in a kaleidoscopic paradise. The film highlights a constant shift between the idyllic dreams of what the future may hold and the sober reality of surviving in the present moment.

I didn’t realize how strongly I related to the movie until the next day, when an argument about Catholicism broke out among friends on the Internet. The seal of the confessional is being threatened in Australia; when it comes to abuse, priests may be mandated by law to report it. Many of my Catholic friends are appalled. They think the seal of confessional should never, ever be broken. Meanwhile, I am unmoored. To me, it’s obvious that reporting abuse is always the right move. Church teaching and practices should be secondary.

But this is not how many of my Catholic friends see it.

My point is not to debate the pros and cons of this issue, but to marvel at my own lack of concern for church teaching. In the past, I was always extremely loyal to whatever the church required I believe. Today, I find myself looking towards what seems best for humanity, not what the church tells me is best for humanity.

I feel adrift, like Tami, unsure of my abilities, too hardheaded to lie down and die. And Richard, my guide and my anchor, may be Jesus and the Church. But he is broken, quiet, barely there. What would the future look like if it were only me? Do I dare wonder?

I remember my past and reflect on how adamant I’ve been about following church teaching. Those teachings saw me through times past when my faith was drifting.  Maybe it will again. Maybe you should pray for me.

Aside from shaking my confidence, there’s another side to being unmoored. The threat of hell, the eternal torture chamber, one of the anchors of practicing Christianity, is not a concern of mine. So what else is there? The words and comfort of Jesus? Maybe, but isn’t that like Tami depending on Richard to survive, even though she’s the one doing the actions that keep her alive? At what point does our reason for living switch from something external (Richard, the church, Jesus), to something internal?

I was taught to feel ashamed to even think of relying on myself.  I believed that I needed an external standard, and that relying on myself was foolish and wrong. But I’ve found that being less bound up in hazy “eternal” consequences, imposed on me by an external source, gives me less to worry about. I’m finding that being adrift is akin to freedom. I’m wondering if trusting myself is a step on the path to trusting God. 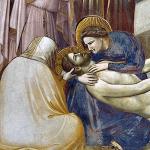 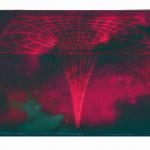 June 15, 2018 Dark Devotional: Opus Scientiae
Recent Comments
0 | Leave a Comment
"https://www.youtube.com/wat..."
Theodore Seeber How Blogs Hurt (and Help) the ..."
"I agree with Jacobs. Our writer could have bowed to the altar in the Episcopalian ..."
edlondinium Dark Devotional: The Case of the ..."
"Oh dear. Shades of Pascal's wager. What I choose to do with my life is ..."
Linguagroover Dark Devotional: On the Outside with ..."
"A serious study of Catholicism will show that Jesus' Gospel message was and is a ..."
Jo Ann Elder-Nativity Dark Devotional: On the Outside with ..."
Browse Our Archives
get the latest updates from
Sick Pilgrim
and the Patheos
Catholic
Channel
POPULAR AT PATHEOS Catholic
1

Abuse, the Rosary, and an Old-Fashioned...
Steel Magnificat
Related posts from Sick Pilgrim