I Want To Believe: Matt’s Story

I’m not sure about this.

This whole series, I Want To Believe, scares me, even though it was my idea.

I was born into a Catholic family. I went to Catholic school for my entire primary school career. I grew up in a reality that was obviously created by an invisible God who spoke to us through the Bible, through Jesus, and through the Republican platform.

Apologetics –arguing why one should believe in Christianity and Catholicism– was, for me, cathartic: by countering doubts brought up by a theoretical “other,” I was able to satisfy my own creeping paranoia about my uncertainty in faith.

I was a prominent Catholic in my high school, at my college, and in my grad school’s Catholic ministries. In my hometown, I’m well known by priests and regular Mass-attenders. Maybe out of my own arrogance, I’m afraid if I admit to doubting what I’ve been taught to believe, I’ll harm their beliefs.

Also–it’s just plain embarrassing to question the basic tenets of a faith you grew up with.

But here I am. Disappointed in the effect that religious faith has on society. Fed up with arguing for belief in a God who doesn’t seem to believe in me. At my most devout, I would have done anything for God, even attempted to move those biblical mountains…but at my lowest, when I cried out to God, I received silence. And guilt for expecting omnipotence to have more ability than dying two thousand years ago.

I’m also holding onto the fragile hope that being genuine about doubts, even though rarely openly discussed in religious circles, matters. Even when it’s embarrassing. To someone. Maybe?

I can’t disentangle my faith life from the strangling vine growing along with me: Friedreich’s ataxia. My rare genetic disorder, which became apparent when I was 11 years old, has slowly sapped my ability to walk independently, see and hear pristinely, speak eloquently, maintain balance entirely, and even for my blood to pump sustainably. Doubt easily creeps into the place of certainty when you’re facing a life-shortening disorder.

Suddenly, my focus is not on the future, which I was always told would be better. I have to focus on the here-and-now. When my daily routine gets progressively more difficult, I am learning that tomorrow is too late: my present moment needs to be what matters. And that doesn’t just make me happier: it keeps me alive.

Growing up, I kept myself rooted in the Catholic faith of my culture. It was a comfort. Despite social, political, and existential crises, the foundation of my Catholic identity held firm. Though I didn’t have the answers, I was on the side of brilliant philosophers, great saints, and most importantly, Jesus. and knowing that I was on their team strengthened my faith.

But a progressive disorder never stops. And my new normal is degrading faster than I can adapt. Stronger people than I may hold firmly to belief, but as I become more handicapped, my faith foundation is cracking.

I don’t even know if I believe.

I can’t say that I give myself to a God who I can’t feel. Everyday, when surviving gets faintly but gradually harder, I can’t say that Catholicism, or any belief, is a comfort. I can recite Mass in my head, and I’ve spent more hours in a pew than I can count. But I don’t find comfort there anymore.

But you know where I do find comfort? In raising awareness about and funds toward fighting my rare disorder; in reaching out to others who may feel shitty and consider ending their lives; in watching movies or TV shows; in catching up with friends, either across town or across the world; in contributing to a goofy blog where I can write honestly about my faith or lack thereof.

Those are things that give meaning to my existence. Maybe it’s not grand enough to matter to anyone else or get me into Heaven.

But for me to survive and keep going, it’s enough. I hope Jesus would be okay with that. 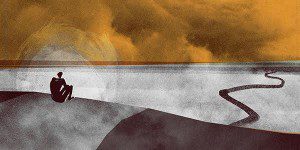 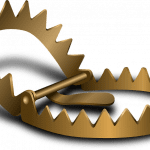 July 26, 2018
Dark Devotional: The Traps of Desires
Next Post 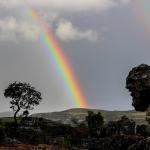 July 31, 2018 Heavenly Protest: On the Afterlife of Radiohead
Recent Comments
0 | Leave a Comment
"What age do you think this book is appropriate for? I'll put it on my ..."
Biking in a skirt Rereading “I Walk with Jesus” in ..."
"In the 90s, I knew a few Catholic women who would flirt with every priest ..."
Linda Daily What I Learned from Dating a ..."
"REally distrubing that you choose to make this poltical, cannot take you seriously and now ..."
ME Narcissism, Exorcism, and the True Nature ..."
"It's always the clearest sign of capitulation to block yourself from reading that which confuses ..."
rationalobservations? What I Learned from Dating a ..."
Browse Our Archives
Follow Us! 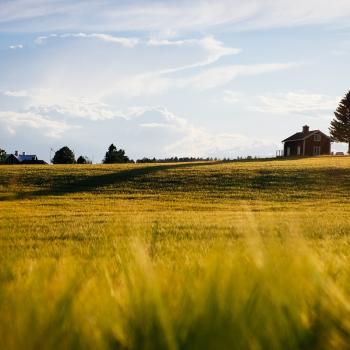 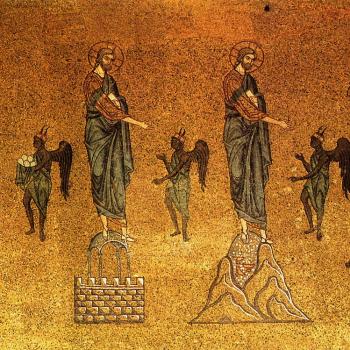 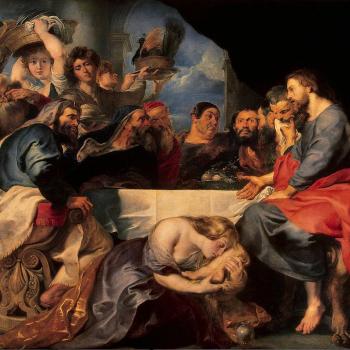