Women Watch the Witch While Kavanaugh is Confirmed 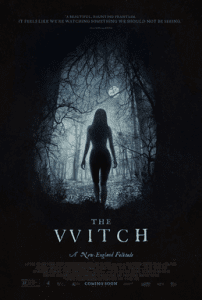 The Witch: A New England Folktale, one of the best horror movies of the last decade, is now streaming on Netflix. It says a lot about current events that a few of us at Sick Pilgrim found it to be a comforting alternative to our social media feeds last week. We found relief in just straight up acknowledging how scary the world feels right now. (Comedy makes me want to punch someone in the face, one friend commented on FB). Right now, for women, horror feels like the honest genre.

Some of our thoughts on The Witch and why these folk tales about women running away with talking goats are still so relevant: (*WITH SPOILERS*):

Joanna Penn Cooper: The movie is kind of a mashup of several narratives. Killing the mother so the girl can come of age. Pride of the father punishing family. Paranoid Christianity. I could tell it was a combination of witch trials and folk/fairy tales, which was interesting. It felt Hawthorne-ish but more desperate. Very American— the family pays the price for the pride of the father.

I guess we could say that according to the logic of the movie (and of American patriarchy), the woman kind of has to sell her soul to live deliciously. There’s a price to be paid. She gives up the protection of the family. But what she’s already found is that giving her agency to the father wasn’t really a protection anyway. He was a hypocrite and ill equipped to lead but couldn’t ask for more help, given the male authority he had claimed.

Marie Kopp: I thought it was super bizarre and not what I expected. But then, maybe it’s because I don’t often watch horror movies? So I was expecting her to fight him or the coven or something.I guess….perhaps she felt trapped into it? Or perhaps it was a release. They had told her she was so evil for so long, perhaps it was comforting just to accept it.

Jessica Mesman: That’s the life of an abused teenaged girl. Or anyone who is spiritually abused really. Throwing in with the talking goat becomes a kind of victory of rebellion. Except we know it’s not a victory at all, which makes it tragic. But you’re right that it subverts the usual horror movie ending. She submits rather than fight. She is exhausted by trauma.

Marie Kopp: I saw that in her face in the very first scene. The scene in the court room, when her father agrees to leave the community. The terror. And then her last efforts are a desperate appeal to win her mother’s approval. Her mother is killing her, literally choking her to death, and she just keeps begging her, “I love you, I love you.”

The film reminded me of Kafka’s Metamorphosis. The whole thing is so tense, so psychological. It all could have happened without any otherworldly element. The witch and Black Philip add the tension and pressure that make everything crack apart, but the true evil and darkness in it was in the hateful self-righteousness of the father and mother, all at the beginning of the film. I think it’s a scene that must resonate with anyone who has been emotionally or spiritually abused.

And the hatefulness of the twins is easy to gather as well. When a family is toxic like that, it is easy for the children to behave that way.

So yeah: the tragedy of the relief on her face at the end. She’s embraced the evil that was forced onto her. She’s ceased the fight.

Which is odd when we consider how often Catholics talk about that in regards to God. Submitting our wills to his.

Joanna Penn Cooper:  The whole movie doesn’t necessarily fit one neat allegory. I think the filmmakers worked all this material together (Witch trial stuff, folk tale stuff) in a way that just keep hammering home “we’re damned. Yep. Probably damned.” And it resonates in terms of America, the patriarchy, the family, religious pride, women’s coming of age. It’s just this stew of all that material.

That’s what fairy tales do–explore the idea that it’s a wilderness out there. Be careful setting out on your own … Oh, oops. It’s also a wilderness in here.

Watch The Witch on Netflix. 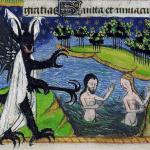 October 5, 2018
One Body: A Mother Reads the Creation Narrative
Next Post 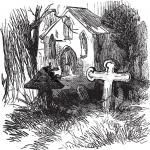 October 17, 2018 The Important Thing
Recent Comments
0 | Leave a Comment
"https://www.youtube.com/wat..."
Theodore Seeber How Blogs Hurt (and Help) the ..."
"I agree with Jacobs. Our writer could have bowed to the altar in the Episcopalian ..."
edlondinium Dark Devotional: The Case of the ..."
"Oh dear. Shades of Pascal's wager. What I choose to do with my life is ..."
Linguagroover Dark Devotional: On the Outside with ..."
"A serious study of Catholicism will show that Jesus' Gospel message was and is a ..."
Jo Ann Elder-Nativity Dark Devotional: On the Outside with ..."
Browse Our Archives
Related posts from Sick Pilgrim