I want to control everything: the way I am hurt and the way I am healed, to make a conquest of my own body by brute forcing nature with less grace than an animal. I am three years old, slipping in the bath and splitting my chin where the bone is closest to skin. The memory that sticks is having my chin sewn up, a doll who had misbehaved and split a seam. I fought angrily because no one should be allowed, I thought, to add insult to injury by hurting a part of me that had already been hurt. So I was held down, hands pressing into the flesh of my arms and legs, and a middle-aged doctor with a skeleton’s death-head face took a needle to my chin. After the local anesthetic I didn’t feel pain, but I felt the tug on my flesh with every movement of the needle. I stared at him, a half-moon frown on his face, and thought that I would kill him as soon as I could escape. When you are that young, you do not have words red enough for the rage you feel when someone tries to change you. I wanted to gouge out his eyes and scratch up his face. I did none of these things, and the scar of the split chin, initially hidden well under my jaw, tracked upward and larger as I grew. Scar tissue scales up and scars can move if we earn them early enough. Someone with moving scar tissue cannot be dead, can only be a survivor.

2. War
My son curls on the sofa and wails, “I wish I wasn’t born yet so that I could do everything again without mistakes!”  I want to tell him that he should wait years to say that; don’t waste it now. Eight years old and the anger in him already exhausts him. When he is bullied at school, I speak with his teacher and the slow machinery of justice creaks, complaining as it starts. Of course it is unacceptable; of course they’re shocked. We pretend that the cruelty of children is startling in order to avoid sitting down and never getting up. In my arms my son’s hands clench as he tries to relax; he looks sometimes, these days, like a trapped animal, but the vise is in his ribs, not on his foot. The same anger tastes like pennies in my mouth; can I tell myself it’s due to love? Anger itself is an act of hope, the knowledge that things should be more just. He feels old these days, my son; he told me he isn’t sure that he believes in space aliens anymore. But in the car at night, a booster seat making his small frame taller, he tells me plans for sharing earth with invaders, should they arrive. The stars are patient and warm and so is he. He dreams of classic aliens, with neon skin and wise eyes. He dreams an alien friend pushed him out of a tree and he climbed back up, but the friend was long gone. He has faith the friend might return, in a shape he will love but does not yet recognize.

3. Hunger
The weight of things matters most in a famine. The weight of something alive can be the matter of life or death. Cats are good at not dying, but only because of timing. They hunger for heights, to be as high and close to heaven as they deserve. They like to fall out of high windows, well, not like to, but do. One or two stories, that’s not very much. They’ll probably be fine. Three, four, five stories? They’re dead, placed in a box in the back garden. But higher than that? The odds turn again and they’d probably escape with just a scare or two. They’ll eat again and relish their eating. Their balance is nearly flawless, given the right amount of time, and the fluid in their ears  is exactly what they need. A miracle, each survival, and they take it in stride and continue hunting. Their dedication to feeding themselves is gratitude enough.

4. Death
In a lakeside cabin last summer I woke at 4AM, my family sleeping with the smug warmth a long vacation provides. Everything moved in the forest around us; the animal noises trembled in the pre-dawn, moving toward something unstoppable. Surrounded by the forest sounds, I thought of Philip Larkin’s “Aubade” and the deep terror of “a special way of being afraid/No trick dispels,” the great tragedy “not to be here…/And soon; nothing more terrible, nothing more true.” My heart was hollow and sweet in its hollowness, the pain of waiting its own trick of balance. There are many solutions to fear I give my children: warmth, touch, words, tears. None of them are efficacious in the velvet blanket before dawn. Later that day the sun arrived and the death was pushed back under the picnic table with the peach my kid was told they had to eat if they wanted dessert. Death crouched, forgotten momentarily, a still point among a whole bright world that could still move, still change. 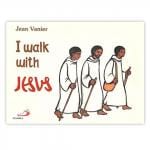