Dark Devotional: Your Daughters Shall Prophesy

Dark Devotional: Your Daughters Shall Prophesy May 21, 2021 guest writer 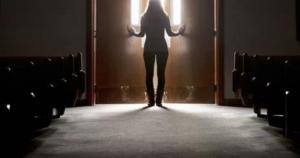 “Granted, this is not a world that keeps us.

Granted, there are some sadnesses in which I do not long for God.”   – Mary Szybist

I’d run out of Mass again. The third Sunday in a row. As the liturgy of the word gradually unfolded into the liturgy of the Eucharist, the bile rose in my throat. An apologetic look over to my then-husband, who was wrangling our three young children, and I bolted to the back. In the vestibule I stood dry heaving, as in the background I could hear the priest saying the familiar words of the consecration.

Moving away to where I couldn’t hear them any longer, I stood next to our church’s perpetual adoration chapel. “Well, if I can’t be with Jesus in there, I can be with him in here,” I thought as I quietly slipped into the chapel. Since Mass was going on, only one other person was in the chapel. It was silent, still, with early summer sunlight streaming in through the many windows. Built in the round, with the altar in the center, anywhere you sit you can see Jesus. I pondered this while thinking of the crowded church where the chosen few sit to the front with their sprawling families and crowing pride, front row seats for Jesus.

So many years as an orphan child from a broken family, I sat in the back of the church, unsure of my place. I longed to be one of those shining intact families up front. Now here I was with a successful husband, three beautiful children, and a life I should be overjoyed to be living, dry heaving in the back of church and taking refuge in the small, silent chapel. Here, you cannot escape from the Presence. Even if you want to, even if you try to hide.

Is that comforting or terrifying? I guess if I’m being honest, it’s both. From somewhere deep inside I heard a small voice say, “That’s not for you anymore.” What’s not for me? Dry heaving during Mass? Because that would be great. Yet, as I gazed at the monstrance and tried to turn my thoughts to holy things and prayer, I heard it again. “You must tell the truth.”

I must tell the truth? What the hell does that mean?

The silence of the space washed over me like a rolling wave and the nausea I was battling for the last hour was gone. I could have stayed in that stillness, pondering which truth I had to tell for hours, but I knew Mass was ending and my family needed me.

For the next six to eight weeks, the same thing happened every single Sunday. After a while, even I was smart enough to figure out that the place that wasn’t for me anymore, was the sanctuary during Mass. Instead, the peace of the chapel called to me and it was there I sat and conversed with whatever spiritual reality inhabited that space.

Before, I’d been able to sit through the Liturgy of the Word without feeling sick. However, what started happening was an overwhelming sadness. Looking around at all of the people at Mass, hearing the priest drone on about some irrelevant personal anecdote that was supposed to somehow relate to the gospel, I choked on grief. More than half of the people in this space were women, and they had never, would never, hear the voice of a woman preaching.

What a poverty for every single person in this church to never hear a voice that sounds like half its members speak with authority. What a poverty to internalize that being small and silent is a virtue and not a tragedy. The grief of never hearing a woman preach or teach the Gospel, as an educated woman in my 30s, overwhelmed me.

What the hell am I doing here? This isn’t for me anymore.

Two weeks later, the Pennsylvania Grand Jury report was released and I learned that my childhood pastor, who presided at my wedding, abused a child. I took a sharpie to his face in my wedding photos.

That summer was my Pentecost. Rather than in one ragged breath, the Spirit came to me softly, slowly, and in my body, to speak. It was in my embodied experience that I knew something was rotten in the church that had been my home, and I became literally sick to be in its presence.

My body shed the tears of internalized misogyny as an entire life listening to men at the expense of hearing women washed over me.

Whatever spirit inhabited that peaceful, holy chapel, saved my spirituality while setting me free from my church. Its sweet balm drew out the toxins I’d ingested, and whispered like a breath on the wind.

Woman you are free. Tell the truth.

Sarah Babbs is a recovering Catholic who writes about feminism and Italian Folk practices at her website, The Spiral Strega.

May 18, 2021
Things Keeping Us Going: Blowing Deadlines Edition
Next Post

May 24, 2021 Things Keeping Us Going: End of the Semester Edition
Recent Comments
0 | Leave a Comment
"https://www.youtube.com/wat..."
Theodore Seeber How Blogs Hurt (and Help) the ..."
"I agree with Jacobs. Our writer could have bowed to the altar in the Episcopalian ..."
edlondinium Dark Devotional: The Case of the ..."
"Oh dear. Shades of Pascal's wager. What I choose to do with my life is ..."
Linguagroover Dark Devotional: On the Outside with ..."
"A serious study of Catholicism will show that Jesus' Gospel message was and is a ..."
Jo Ann Elder-Nativity Dark Devotional: On the Outside with ..."
Browse Our Archives
get the latest updates from
Sick Pilgrim
and the Patheos
Catholic
Channel
POPULAR AT PATHEOS Catholic
1 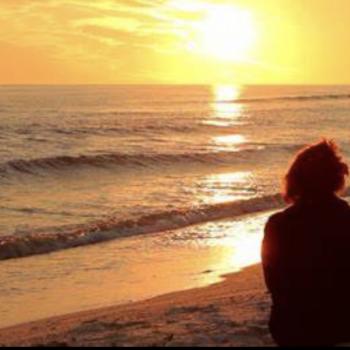 Catholic
Dark Devotional: Get Thee Behind Me, Lord
Sick Pilgrim 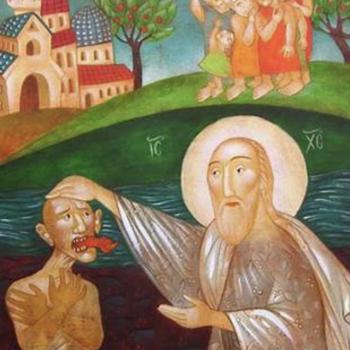 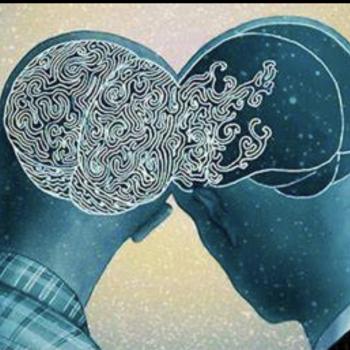