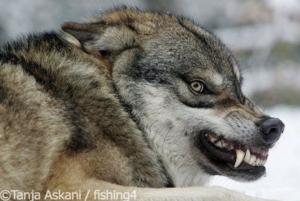 Thus says the LORD, the God of Israel, against the shepherds who shepherd my people: You have scattered my sheep and driven them away. You have not cared for them, but I will take care to punish your evil deeds (Jer. 23:2).

I was six years old the first time I experienced the death of someone I knew and loved.

The details are somewhat fuzzy in my memory, but I still see myself sitting on the floor near the screen door, waiting for Mrs. Monte’s car to pull into the driveway. My younger brother and I went to her house after school, where she and her husband provided daycare for neighborhood families. I remember that Mrs. Monte had promised me that when she returned from shopping with her daughters, we would make cookies. She was an Italian nonna, or at least that’s how I remember her, and her cookies were even better than my grandmother’s—something I dare say only now, twenty-some years after Grandma is no longer around to hear such heresy.

Mrs. Monte never came home that day. Instead, Grandma came to pick up my brother and me to stay at her house until our parents arrived. As we walked down the sidewalk to our grandparents’ house (they lived in the same neighborhood as the Monte family), holding Grandma’s hands, she gently broke the news to us. Mrs. Monte and her daughters had been struck by a drunk driver and Mrs. Monte was killed instantly. Her daughters would survive but had been seriously injured.

Mrs. Monte’s husband would die by the end of that year—another victim of that drunk driver, my parents liked to say.

Mr. and Mrs. Monte were Catholics, well-loved members of the neighborhood parish. I don’t remember their funerals, but my non-Catholic parents occasionally talked about the funerals for years after. Dad was impressed by the priest who celebrated the funerals. I was told that because of the Montes’ stature in the parish, the founding pastor himself had returned to the parish to preside. Knowing that many non-Catholics were in attendance, Dad said that the priest gave little anecdotes throughout the vigil and funeral Mass, explaining why Catholics did things like pray rosaries for the deceased and kneel on padded cushions during church services.

Long before I became a Catholic myself, that story of the Montes’ funerals shaped my understanding of priests, burning them into my psyche as kindly souls who dropped everything to hurry “home” to comfort the grieving and help people understand “why.”

A few years after my conversion, I learned more about that sweet, kindly priest who shepherded a community through the grief of losing their beloved neighbors. He turned out to be one of the most notorious priest abusers in the Diocese of San Diego, whose perfidies were well known years before the scandal in Boston drew international attention to clerical abuse throughout the United States.

When I did some genealogical research on the Montes recently, trying to create historical perspective for those early memories that still tugged at me every so often, I found an article on that priest that had some interesting information on what he was up to while he was comforting friends and family of the Montes. Around the same time Mr. Monte died, that priest had been accused of mishandling funds at a church he’d been serving at after being transferred from my neighborhood parish. The bishop of San Diego removed him from parish work but gave him a job raising money for the diocese.

The allegation that he’d mishandled church funds was nothing compared to what he was accused of doing to children at my neighborhood parish.

During my years as a Catholic apologist, I had to answer questions from Catholics and non-Catholics about abusive priests. At first, I focused on the numbers. There were very few abusive priests, I’d say. What they did was terrible, but there are always a few Judases in Christ’s Church. Don’t leave the Church because of Judas—remember the eleven apostles who remained faithful. There’d always be more faithful priests than unfaithful.

But the numbers kept growing. Instead of abating, the scandals grew bigger. It wasn’t just a few abusive priests. There were a lot of abusive priests, and a lot of bishops who made the abuse possible. So, I reminded clients that we follow Christ himself, that he’s our true model. Even if priests do terrible things, we can trust Christ to protect the Church. Hell may roar outside the gates, but the Church won’t fall.

Toward the end of my tenure with Catholic Answers, I finally started speaking as loudly as I dared about the dangers of orthodoxy—about how it can be a cape for evil. About how priests can groom laypeople to love and trust them by presenting themselves as trustworthy sources of authentic Catholic teaching—much as the priest my parents met at the Montes’ funerals had done. I wrote an essay that I titled “Orthodoxy Doesn’t Equal Holiness.” My editor had the final say on titles, and my title was changed to “When Orthodoxy Doesn’t Equal Holiness.” Catch what he did there? He suggested that sometimes orthodoxy does equal holiness.

I’ve lost my naïve trust that there are very few abusive priests. Not all priests commit sexual abuse, of course, but many commit various forms of spiritual abuse. Yes, Christ is our model, the Good Shepherd who stands in contrast to all the Bad Shepherds, but he won’t save the Church without our help. The Bad Shepherds will have to go and the shepherds who replace them will have to be held accountable in ways they’ve never had to be accountable before. And I do still firmly believe that orthodoxy is one of the best masks for evil that exists in the Church today.

But there is one thing left in which I can place my hope. I believe in divine justice. Human justice can and should be leveraged to bring relief and reparations to those who have been harmed by the wolves in shepherd’s clothing. But those wolves will someday stand naked, shorn of the clothing they appropriated from the Good Shepherd, and they will be judged by God himself. 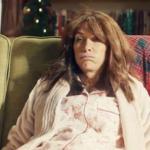 July 9, 2021
Dark Devotional: Prophet in a Bathrobe
Next Post