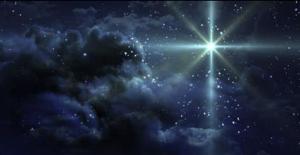 What does your faith move you to do?

During a train trip, a religious sister, who had spent nearly twenty years living the fairly privileged life as a teacher of the daughters of wealthy families in India, saw a destitute man sitting alone and abandoned. He reached out to her, saying, “I’m thirsty.” In his desperate plea, Mother Teresa of Kolkata heard the voice of Jesus on the cross, saying to her, “I thirst” (John 19:28). She would spend the next fifty years serving Christ by caring for the poorest of the poor in India.

Mother Teresa always told anyone who wanted to join her work in the hopes of creating social change in India to go home and create that social change where they lived. What she and her sisters were doing wasn’t “social work.” The focus of the Missionaries of Charity was on finding and venerating Christ in the destitute they encountered in their communities.

Some Catholics claim their faith moves them to do, well, vastly different things. When I was an apologist, I heard from people who claimed their faith was moving them to shun relatives, including their own children, for choices those relatives made. These Catholics decided their faith compelled them to refuse to attend weddings and holiday gatherings, either because they disapproved of a new partner or because they disapproved of the life the loved one was leading.

The reason they were contacting me usually was because they wanted my help in snubbing their relative without having to experience consequences for their act. For example, “My son is telling me that I’ll never get to see any children he and his fiancée might have if I don’t attend their invalid wedding. How can I refuse to go to the wedding without losing the chance to be a grandma?”

Some people did want to know if their Catholic faith actually compelled them to cut family members or other people out of their lives—for everything from marrying the “wrong” person to voting for the “wrong” political party. But most people just wanted to know how they could do what they believed their faith was moving them to do without personal inconvenience or discomfort.

Needless to say, there are significant differences between how faith prompted Mother Teresa to act and how many Catholics believe their faith is moving them to act. Here are a few:

Doing good. Mother Teresa’s “call within a call” motivated her to reach out to other human beings to help them in their time of need. She may not have been interested in creating social change, but she took in the sick and dying, fed them, nursed them, washed them, made sure their needs were taken care of so that they could either recover in peace or die with dignity.

Building connections. Even non-Christians who had no interest in Christ were impressed by Mother Teresa’s faith. She once approached a baker to beg for leftover bread for her home for the dying. The baker, who was annoyed both by the request and by Mother Teresa bringing the destitute and dying into his neighborhood, spat in her face. She calmly wiped off the spittle, then said, “That was for me. Now, do you have any bread you can spare for my people?” He was so shocked by her response that he handed over the bread.

Inspiring others. Mother Teresa didn’t seek out accolades, and she didn’t even set out initially to create a religious order. But the work she did impressed people, even those who started out hostile because of religious differences. Many were inspired to either join her in India or to do similar work in their own communities.

Accepting consequences. Mother Teresa knew that the choices she made would affect her own life. She gave up her original religious community, of which she’d been a member for two decades. The life of ease and privilege as a teaching sister vanished, and she lived side by side with the poor she served, sharing the life they lived. When she died, she was famous around the world, but her fellow Missionaries reported that she never accepted anything that wasn’t also available to them.

By contrast, those Catholics who claim their faith moves them to cut off people of whom they disapprove do nothing more than satisfy their own sense of righteousness. They don’t do good. Their actions create mistrust of Christians and Christianity. Any hint that their actions might have consequences leads to complaints about “persecution.” And, ultimately, they have contributed to the deeply polarized world in which we now find ourselves, in which everyone eyes each other with suspicion across a wide cultural chasm.

When the wise men saw a new light in the night sky, they knew it meant something. They believed the star had appeared as a sign that a king had been born. That faith that the appearance of the star was important, that the message it signified was meaningful to them, inspired them to set out on a journey to find the source of the message.

The journey wasn’t simply to confirm the message. The wise men also wanted to honor this newborn king, to bring him gifts worthy of royalty. Along the way, they made connections with people they met. Not all of the people they met looked kindly upon their mission; Herod, for one, saw in this a threat to his own power. But the wise men were able to complete their mission, and their joyful response to the baby king, pouring out the gifts they brought at his crib, undoubtedly startled the child’s mother (who St. Matthew otherwise largely ignores in his infancy narrative, but takes note of here).

The wise men’s journey created a ripple effect far beyond what they might have imagined. They had to take a different route home, which likely made for a more difficult journey than the one they’d just completed. The couple they just visited had to pack up their baby son and flee to Egypt. And the town they’d just left would soon be devastated by the arrival of henchmen at the service of an evil king bent on protecting his family’s claim to his throne.

If your faith doesn’t move you to act—if it doesn’t inspire you to do good, no matter the cost—your faith may be dead. And what if your faith inspires you to cause harm? To shun other people? To pass judgment and create dissension? To harm others instead of helping them? To destroy families, including your own? 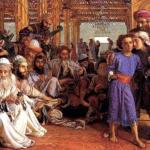 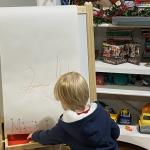