Well, looks like I haven’t been fired yet, so here goes with this week’s thrilling adventure.

Before I start, I’d like to thank all of the readers who sent in suggestions for future reviews, both of you. Once I can track down those titles, Troll 2 and The Island of Dr. Moreau, for $5 or less, I will put them on the list. (Hey Paula, your package is being delivered.)

I also want to thank Simcha for giving me the space for this nonsense. Yes, I do have incriminating pictures of her, for those of you wondering why she puts up with me. (I told her it was for my sketching class!) 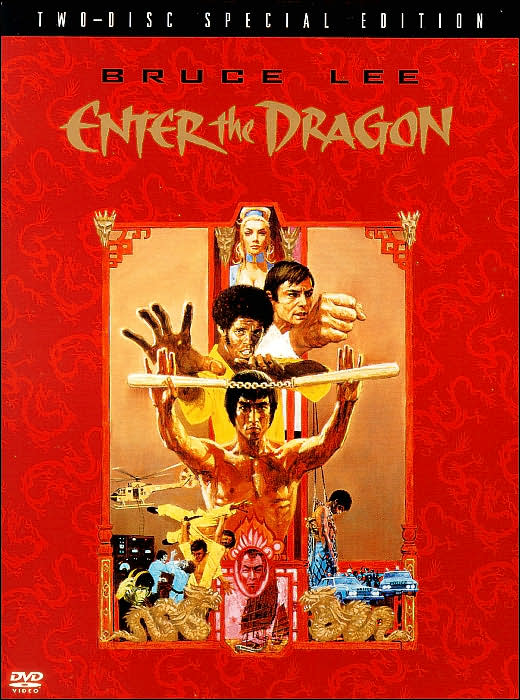 Tragedy surrounds this 1973 release. No, I’m not talking about Bruce Lee’s untimely death shortly after it was completed. This was to be his first big American picture, one that would catapult him to super-stardom. He was gonna be bigger than those guys from Shanana!

Nor I am talking about John Saxon’s career, which also died shortly after this movie was completed. He went from being the next Armand Assante to being the next, um, John Saxon. In no time, he was playing a vampire on Starsky and Hutch. Though, he did get to be in a two-part Hardcastle and McCormick.

Yes, I’m talking about Yang Sze’s perfomance as Bolo, the big, muscular villain who menaces our heros on Mr. Han’s island. This could have been one of the great villains of all time, or at least of Bruce Lee movies featuring John Saxon and Jim Kelly. But the film makers blew it. Does Jim Kelly looked scared to you?

Bolo should have been a heck of a lot scarier. Bolo should be right up there with Jaws, from the crappy Roger Moore Era of James Bond movies, or Bobba Fett. You know, cool bad asses who can kill indiscriminately. Instead, he’s just the big oaf John Saxon kills. Oh, yeah, um, spoiler. The film makers didn‘t give Bolo the humanity he needed to take his place along side the greatest galoots of all time. Check out this clip, from the master. (Seriously, go here. Now. Watch it all. It’s like 3 minutes. It’s not going to ruin your day. What, you don’t have time? You need to get something done? Maybe the baby needs a change? You’re here. Until you change out of your pajamas, you have the time.)

I would like to propose we create a personality profile for Bolo. 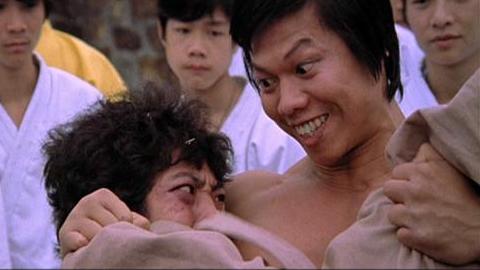 So the movie comes with a pretty interesting title. I have never been able to figure out what it means. Are we, the audience being asked to enter the dragon? Does it mean the dragon is entering the movie? Is it a stage direction that accidentally got typed on the front of the script?

The movie centers on the martial arts tournament hosted by the evil Mr. Han. You can tell he’s evil just by his Nixon hairdo.

He invites martial artists from all over the world to the event, which is held on his island of mystery.  They make opium there, and keep women as slaves for the sex trade, oh, and they run a nice bed and breakfast. The Sunday Brunch is lovely.

This movie has not one, but three martial arts action heros. Kind of like The Magnificent Seven, but minus four dudes, and pretty much anything good from that movie, actually.

Bruce Lee, is, well, Bruce Lee. The Dragon! He’s recruited by the British government to go to the tournament and help bring down Mr. Han, as explained in this scene that makes little sense. The exposition starts at 54 seconds, but feel free to drink in some of that Lalo Schifrin score first.

Of course, our Bruce has more personal reasons to go to the island. His sister, (I think, though the relationship is not that clear from the script,) was once chased and almost raped by one of Han’s goons. A big bearded guy with an Irish name, who is also some martial arts expert, cornered her in a warehouse. She defends her honor by killing herself.  (Don’t worry, Bruce Lee gets his revenge at the end of the movie. Oh, damn. That was a spoiler too. Sorry.)

I hate to say it, but Bruce’s sister, or whatever, could have totally avoided this whole scenario if she listened to a concerned friend.

Then there is Saxon as Roper, a professional gambler, down on his luck. As you can see from this fight scene, Saxon has less business being in a martial arts movie than I have writing about one.

I would like to draw your attention to Roper’s outfit. The too tight turtleneck, the pressed slacks, the comb over; this is pretty much how I dressed through to the fourth grade. The only thing missing are the husky sizes.

Our third hero is Jim Kelly as the black guy. Williams, I think. He knows Roper from ‘Nam! He bangs prostitutes five at a time! He has the world’s greatest ‘fro! Aww, who cares. Just check out his flashback sequence and see if you can spot Morgan Freeman.

Once they get on the island, all sorts of crazy stuff happens. I wouldn’t want to spoil it for you, but Bruce Lee kills Han in the hall of mirrors.

Crap! I did it again. I’m never gonna get the hang of this. I might as well quit now.

Oh, so a warning for the prudes in the reading audience, there is some mild violence, gore, some not so mild violence, some topless ladiness, and Saxon does take his shirt off.

I’m gonna give you all the choice for the next movie. I will either review Tango and Cash, a movie starring Kurt Stallone and Sylvester Russell. That’s right, they made a movie together and the world did not explode in an orgasm of awesome. Or, Thunderball, the most inexplicable James Bond movie not starring Roger Moore.

In the meantime, you can send your suggestions to thejerkdoesnotlikeyou@gmail.com, or catch me at the Twitter @thejerknotlikeu.

July 14, 2010 Hallie Lord: "What's wrong with you?"
Recent Comments
0 | Leave a Comment
Browse Our Archives
get the latest from
Catholic
Sign up for our newsletter
POPULAR AT PATHEOS Catholic
1

Racial Justice and Third Party Politics:...
Cracks in Postmodernity
Related posts from I Have to Sit Down 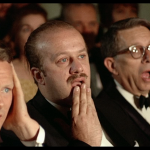 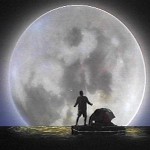 Catholic
Worth another look: Joe Versus the Volcano
I Have to Sit Down
TRENDING AT PATHEOS Catholic