So Tell Me: Supermarket Tales

I was standing there, rummaging through the turkeys.  For some reason, I was convinced that it was really important to find a 21-pound turkey instead of the 2o-pound one I already had.  As I rummaged, a guy on the other side of the freezer started chatting.

We talked about this and that — how many guests we were having, what kind of stuffing we like, and so on. We discussed various methods for thawing a frozen turkey. I said, “Ha ha, I just bring mine to bed with me!” and then thought, Hm, that was kind of a weird thing to say.  Oh, well. Then we talked about different styles of cranberry sauce, how far our guests would travel, and about a pig roast the guy had one time in Wisconsin.

Finally we found our turkeys, and I said, “Well, have a nice Thanksgiving!”  He answered, “You too!  Hope you get that turkey defrosted in time!”  And I answered, “Oh, I’ll just bring mine to bed with me.”

And then I left, even though I still had more shopping to do.  Because I knew that if I ran into him again, I’d once again tell him that I was going to bring my turkey to bed with me.

Which I’m not.  Why do I say these things?  What is it about supermarkets that makes people reveal too much about themselves?

And the woman wasn’t saying anything, in her eyes was written: “K.I.L.L.”

Another time, in another aisle of the same godforsaken Walmart, I saw another couple.  The young man, bored to the point of semi-bonelessness, draped himself over the cart while his monolithic girlfriend surveyed the shelves of cereal.

“Well, how about Wheaties?  Do you like Wheaties?” she asked.

“Well,” she went on,  “Well how about, do you like, like, Honey Bunches of Oats and Shit?”

I swear, that’s what she said.  Doesn’t that sound delicious?  I see a happy future for that couple.  As long as someone else makes breakfast.

How about you?  Any supermarket stories to tell?

December 1, 2010 No petty virtues
Recent Comments
0 | Leave a Comment
"Can The Jerk have this space now that you're done with it? I mean, it's ..."
Josh I’m moving!
"Thank you."
JohnHoward The hardest part of being a ..."
"[It isn't wrong.]Prove it."
Proud Amelekite The hardest part of being a ..."
"Wonderful Ideas for newborn baby and their parents also, its good to give them handmade ..."
Jeff Mccoy Welcome, baby! 12 gifts that new ..."
Browse Our Archives
get the latest from
Catholic
Sign up for our newsletter
POPULAR AT PATHEOS Catholic
1

Flo Case Shows Inadequate Data Privacy...
Through Catholic Lenses
Related posts from I Have to Sit Down 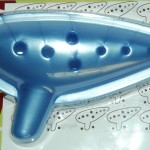 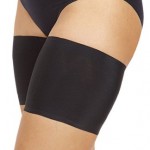 Catholic
Skirt season is chafing season. What's a meaty...
I Have to Sit Down 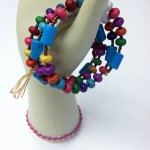 Catholic
Etsy and handmade open thread! List your goods...
I Have to Sit Down 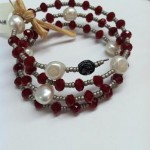 Catholic
Free shipping on rosary bracelets and more from...
I Have to Sit Down
TRENDING AT PATHEOS Catholic