Try this one weird trick for ending the war on women

You know what would cut through 99% of this crap, where we find ourselves arguing about whether or not saying, “Yes, I want to have sex with you” counts as sufficient consent, and whether or not “bystander intervention training” is sexist, and who’s waging a war on whom, and who’s winning?  Try following this simple rule:

If you are not married, assume there is never consent; and if you are married, treat your spouse like a person, not a thing.

I also know there will be a neverending fountain of confusion and recrimination as long as we treat sex like something that can just happen between anyone at any time, and if we just figure out the right new rules, then no one gets hurt.

We already have figured out the rules. It’s called abstaining before marriage, getting married, having children if you can, and working hard at staying married.   Trying to figure out sex in any other context besides heterosexual marriage is like trying to grow tomatoes in a post-tomato cage era.  Congratulations, you’re free! And now you’re going to fall over and die.

February 25, 2014
Advice for mom who is unexpectedly expecting?
Next Post

February 26, 2014 Confession book winner!
Recent Comments
8 Comments | Leave a Comment
Browse Our Archives
Related posts from I Have to Sit Down

Catholic
Not everything is fixable (God have mercy on...
I Have to Sit Down 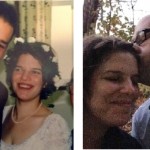