Are WHO and UNICEF secretly sterilizing Kenyan women with a tetanus vaccine? Maybe, but probably not.

Last week, the bishops of Kenya accused the WHO and UNICEF of secretly lacing a tetanus vaccine with a hormone intended to induce miscarriage and sterility in Kenyan women of childbearing age, in an effort to reduce the population. The bishops issued a press release, saying:

[W]e shall not waver in calling upon all Kenyans to avoid the tetanus vaccination campaign laced with Beta-HCG, because we are convinced that  it is indeed a disguised population control programme.

We do know that the WHO and UNICEF do not take seriously the bodily integrity of poor families, especially women. The West has a shameful history of exploiting third world populations in the name of humanitarian efforts. So the bishops’ allegations are understandable, and if they are true, this is a dreadful crime against humanity. But if the allegations are false, then spreading the story could have disastrous results. Neonatal tetanus brings a prolonged and agonizing death to tens of thousands of children every year. If Kenyans are afraid to vaccinate against tetanus, people will die needlessly.  That’s why I didn’t write about this story, even as it cropped up everywhere. All I could find  was the same facts and sources in every story, no new information. Now we have some new information, and there is more on the horizon. The story is far from settled, but there are strong reasons to suspect that the bishops’ allegations arise from a misunderstanding and there has been no sterilization campaign.  Catholic News Agency did an excellent job of reporting the story in a balanced way:

“There are aspects of this that need to be raising red flags because of history and because of the way it was all being done. But raising red flags doesn’t mean that there’s something that actually has occurred,” said Dr. Kevin Donovan, director of the Pellegrino Center for Clinical Bioethics at Georgetown University.

The red flags are primarily: (a) that the vaccination campaign targeted women of childbearing age, raising suspicions that the effort was tied to population control, and (b) that, when the vaccine was tested at the request of the Kenyan bishops, hCG was found. HCG, in high enough quantities, can induce miscarriage and sterilization. But these red flags can both be explained.

The WHO said that they decided to focus the vaccination campaign on women of reproductive age “because of the focus on eliminating maternal and neonatal tetanus.” They also said that the methods needed to provide adequate protection against tetanus for unborn and newborn children require a different testing schedule than the one usually used for other forms of tetanus.

But what about the hCG detected in the vaccine? Why would it be in a tetanus vaccine at all, even in low levels “millions of times less than the amount needed to trigger this contraceptive response“? The WHO and Donovan both noted that the techniques used by the labs who tested the vaccines, and the reports they produced, are irregular and problematic. One likely explanation for the small levels of hCG detected? A false positive. Donovan explains:

“If these were labs that were using tips to test for pregnancy and such, they may not be the appropriate measuring techniques for picking up small amounts of hCG, leading to false positives.”“I suspect that the tests that the hospital labs tried to do for the Catholic bishops weren’t really designed to test the way that they did, maybe giving them erroneous results,” he added.

For a detailed and rigorous explanation of why it is by no means certain that the tetanus vaccine is anything but a tetanus vaccine, Rational Catholic has once again done the legwork , sifting carefully through the possibilities of what may or may not have happened here, and explaining in detail how a false positive could have been found. Rational Catholic also notes:

I have seen the lab results from the tests performed at the request of the bishops in Kenya, and my understanding is that they will be published shortly in an online news source.  I will update and link to them when that happens.

The main obstacle to finding the truth seems to be that the local government in Kenya did not initially take the bishops’ concerns seriously, but that may be changing. According to a Kenyan newspaper, (link courtesy of the Rational Catholic post)

[T]he Parliamentary Committee on Health ruled that a joint team of experts from the Ministry of Health, Catholic Church and other stakeholders would conduct a fresh round of independent medical tests to end the controversy on the safety of the vaccines.

There is mistrust and bad feeling on both sides, but it is clear that both the Kenyan bishops and the Kenyan government are eager to make sure that Kenyans are not dissuaded from protecting themselves from a vaccine that saves lives, so we can only pray that the new round of testing will be definitive and that the results will be shared in a clear and transparent way. In the mean time, I urge concerned readers with good intentions to stop spreading the story that the vaccine was deliberately and secretly contaminated. This has not been proven, and can only add to the general confusion about vaccine safety.

November 18, 2014 Francis to meet with Catholics on the autism spectrum
Recent Comments
23 Comments | Leave a Comment
Browse Our Archives
Related posts from I Have to Sit Down 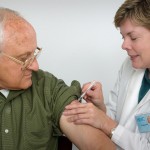 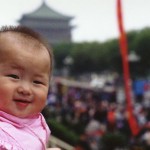 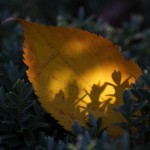 Catholic
Pro-life Even at the End of Life: What...
I Have to Sit Down 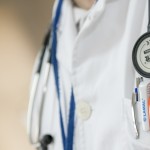 Catholic
Does a UK Court Plan to Kill Baby...
I Have to Sit Down
TRENDING AT PATHEOS Catholic