We are not naming the baby Tuna Fish. 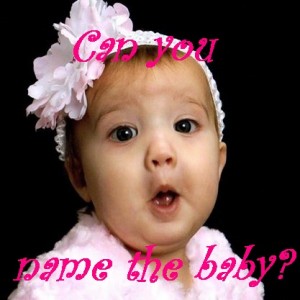 What will we be naming her, after reviewing the hundreds of suggestions generously and thoughtfully provided by friends and strangers here and there? The baby will be named . . .

Something. Definitely something, shortly after she is born.

Look, I’m sorry. Probably this is why people don’t throw more parties for me! Weeks ago, I was supposed to pick a winner from among the 100+ name suggestions in the virtual baby shower Rebecca Frech threw for me, and I kept forgetting, and then I remembered, but I got overwhelmed, and then everyone got sick, and then we had to have a birthday party . . .

So there you have it: I feel that I am capable of gestating, bearing, nourishing, clothing, spiritually forming, educating, and preparing ten children to survive and thrive in this world and to glorify God in the next.

BUT. I’m having trouble picking a name.

We actually kinda sorta mostly settled on something just the other day — something that popped into my head while driving, and is a combination of a name I’ve always liked and my husband never really did, and a name my husband’s always liked and I never really did. Together, they sound pretty good, we can all pronounce it, and the kids have even worked out a Studio Ghibli-related theme song for the baby, based on the nicknames they intend to impose on her. So that’s taken care of.

But I still have to choose a name from among the suggestions, so dear Rebecca can award the $15 Starbucks card prize! So . . . . .

For pleasant rhythm, for the right combination of strength and femininity, for appealing and Catholic-ish connotations, for avoidance of any troubling towel monograms (ARF, etc.), I choose a combination of names that won’t sound too bizarre to future classmates, but which won’t be in the top ten in the next several years, and which doesn’t sound too much like any of the other names we’ve already used, but which isn’t a jarringly different kind of name . . .

Isn’t that pretty? I could totally go with that!

What did we choose for an actual name?  Oh, you’ll just have to wait and see! Some of you will like it, some of you will wonder if we’re aiming at raising a vegan stripper, or possibly a British lady-in-waiting for Persian nobility.  The only other hint I’ll give you is that it’s not Una, which we initially were very happy with, until we realized that Una Fisher is Tuna Fish. It just is.

Thanks so much for the thoughtful suggestions, everybody! I really, really enjoyed looking through them. Thanks for throwing the baby shower, Rebecca, and thanks to Sancta Nomina for the consult. It makes me so happy that this little girl already has so many people thinking of her and ready to welcome her.

Now! Who wants to come over and help me sort baby clothes? 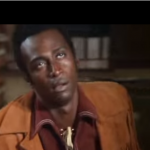 February 2, 2015 Today I am Donna Summer
Recent Comments
8 Comments | Leave a Comment
"Can The Jerk have this space now that you're done with it? I mean, it's ..."
Josh I’m moving!
"Thank you."
JohnHoward The hardest part of being a ..."
"[It isn't wrong.]Prove it."
Proud Amelekite The hardest part of being a ..."
"Wonderful Ideas for newborn baby and their parents also, its good to give them handmade ..."
Jeff Mccoy Welcome, baby! 12 gifts that new ..."
Browse Our Archives
Related posts from I Have to Sit Down