This is the season where House of Cards lost us.

For the first few seasons, the writers managed to keep up the with complicated, deliberately heavy-handed game they were playing. But when we got to season 3, episode 4, my husband and I watched quietly, and then reached the same conclusion: “Hey, remember Frasier? That was a good show. Let’s watch Frasier.”

Here’s what pushed us over the edge. It made sense, at first, that a guy like Frank Underwood would start to falter as soon as he actually achieves everything he’s been striving for — no more worlds to conquer, etc. — but boy, things fell apart fast. I feel like I was seeing highlights from a longer show, and key developments have been left out. One minute, he’s on top of the world; next minute, people are suddenly sick and tired of him for being horrible all the time; next minute, Lady Macbeth is throwing Heavily Symbolic Eggs around and they’re having Heavily Symbolic Sex, again, because it’s TV, and who’s going to argue with that?

Then suddenly he’s mad at his father, and then even more suddenly, he’s shaken to the core because he hung around in Arlington Cemetery for a while; and then, most suddenly of all, he finds the time to stroll over to the local church and hold a Socratic dialogue with the bishop about he meaning of justice. Here’s the scene (warning: they show some pretty heavy duty blasphemy, which is upsetting to see):

Hmmm, really? Up until now, Francis Underwood has been vigorously secular and, more importantly, ruthlessly practical, in a show which has only ever used religion as a minor and lazy plot pusher (church! It’s where you go when you’re a loser, and possibly a secret lesbian). But with zero warning, this guy suddenly strides up to God, shoutss at him, and spits in his face, ZOW! And then God topples over, POW! And he winks at the camera and makes a third grade valentine-grade pun about it all, YOW!

Here we have the common error: the director thinks he’s delivering High Drama à la Irony Flambé, and instead serves up a steaming bowl of “Wocka wocka!” He could have achieved the same thrills and chills for the audience by, for instance, having a dog run in on his hind legs and shriek at Francis, “IT JUST DON’T ADD UP!” That would have made me gasp, too. No need to go smashing crucifixes.

It’s not my religious sensibilities that were offended, although that’s also the case. The problem is that you gotta earn these moments, with careful character development and exquisite pacing, and by planting seeds ahead of time so that the sturm und drang are at least plausible, rather than just sturmy. If you want to expose some interior turmoil, you have to do it in a way that is natural to the character — ideally, in a way that actually shows you something about the character, as well as what’s on his mind.

Perfect example of this? NYPD Blue’s season finale of season 7, “The Last Round Up.” Sipowicz is in the hospital yet again, facing the death of yet another son. His life has been a tangle of unearned suffering and humiliation and undeserved blessings and rewards. He is one part Job, one part Phillip Marlowe, one part the person we wish we could be, one part the person we’re afraid people will find out we actually are — and as such, especially the Job part, he has certain things to say to God.

So how do they let the viewer in on his state of mind? If you’re Frank Underwood’s writer, you channel Francis Ford Coppola’s dumb cousin, and assume that everything that happens with stained glass in the background is, by definition, highly effective cinema.

But if you’re David Milch, you do something subtle and brilliant (and I couldn’t find a clip online anywhere, expect for piratey looking sites): desperate with fear and grief, Sipowicz finds himself in the hospital chapel, and the only other guy in the room is deaf. Sipowicz has become more tolerant and enlightened in the last several years, but you can only push him so far; so in his rage and despair, he rails against the foreign grunts and mutterings of the deaf man as he prays — until Sipowicz realizes, to his disgust and relief, that no one in that room can hear him, besides God himself. So he speaks aloud, and he says exactly what’s on his mind.

The only time we ever hear Sipowicz being totally honest is when he’s alone with someone he hates — some revolting criminal locked in an interrogation room — or with someone he loves, likes one of his long-suffering wives. And to Sipowicz, God is both of these, the unquestionable authority and the inexcusable criminal. It doesn’t really matter whether he actually believes in God or not: The scene gives you everything you need to know about his thoughts, and the presentation is so absurdly natural, just the kind of painfully ridiculous scene that a homicide detective wades into every day. No gimmicks were necessary to break down the third wall. Oh, it all adds up!

The writers of House of Cards, on the other hand, have written themselves into a bit of a dilemma. Since Francis has been speaking directly and sincerely to the camera since the first episode, it’s almost impossible to have him reveal anything that will shock us. So they had to ratchet everything up by putting him right at the foot of the cross, challenging God face to face. To viewers who will cheer anything that looks edgy, it’s a daring and hilarious move. To anyone who expects the show to deliver what it promises, and who have been making the effort to understand who Frank Underwood really is,  it’s a craven trick, and lands with a splat.

I really liked Frank Underwood’s speech from an earlier episode, where he tells Americans, “You are entitled to nothing.” It’s a message the writers of House of Cards need to hear. 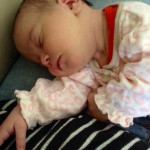 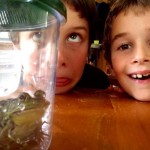 March 18, 2015 A short history of awful pets
Recent Comments
6 Comments | Leave a Comment
"Can The Jerk have this space now that you're done with it? I mean, it's ..."
Josh I’m moving!
"Thank you."
JohnHoward The hardest part of being a ..."
"[It isn't wrong.]Prove it."
Proud Amelekite The hardest part of being a ..."
"Wonderful Ideas for newborn baby and their parents also, its good to give them handmade ..."
Jeff Mccoy Welcome, baby! 12 gifts that new ..."
Browse Our Archives
Related posts from I Have to Sit Down 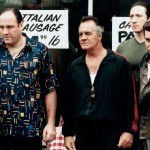 Catholic
I'm reading, I'm watching, I'm listening to ....
I Have to Sit Down
TRENDING AT PATHEOS Catholic