When You Are Engulfed In Flames by David Sedaris 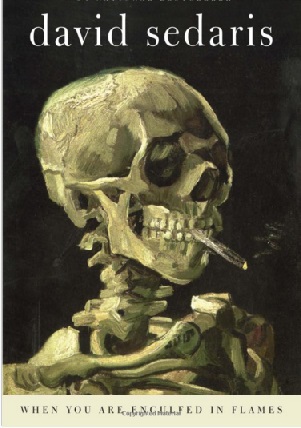 Sedaris is the master of the short, comic, grotesque personal essay.  Are his rambling ideas connected, or is he just really good at making it seem like they are? I don’t know, but I die of envy. A little David Sedaris goes a long way, though, and the essays in this collection are not quite as tight and sharp as some of his other works — but still, very funny stuff, enough to make me snort while I’m reading in bed.  An excerpt from “What I Learned”:

It’s been interesting to walk around campus this afternoon, as when I went to Princeton, things were completely different. This chapel, for instance—I remember when it was just a clearing, cordoned off with sharp sticks. Prayer was compulsory back then, and you couldn’t just fake it by moving your lips; you had to know the words, and really mean them. I’m dating myself, but this was before Jesus Christ. We worshipped a God named Sashatiba, who had five eyes, including one right here, on the Adam’s apple. None of us ever met him, but word had it that he might appear at any moment, so we were always at the ready. Whatever you do, don’t look at his neck, I used to tell myself.

It gets a little more R-rated than that in other essays; caveat lector.

“John Henry,”
“Lorenzo,”
“The Little Matchgirl,”
“How To Hook Up Your Home Theater,”
“Tick Tock Tale,”
“Prep & Landing: Operation Secret Santa,”
“The Ballad Of Nessie,”
“Tangled Ever After,”
“Paperman,”
“Get A Horse!”
“Feast,”
“Frozen Fever” which even the kids thought was kind of weird. Adorable animated snot monsters? Sure, why not.

“Feast,” which premiered before Big Hero 6, is just wonderful, especially if you have a dog. Very beautifully rendered, sweet, deft, and funny. Also, I appreciate the fact that Pixar consistently says, “Psst, babies don’t actually ruin everything!”  (It’s not about kids, it’s about a dog (well, really it’s about love, like all Pixar films); but it shows a happy family as the natural progress of love.)

We have a bunch of pukey kids at home, and these are keeping them happy, but they are skipping past the little introductions before each short.

For Halloween, the little kids watched Abbott and Costello Meet Frankenstein, which features actual Bela Lugosi and Lon Chaney, Jr.  Benny, 3, was almost overcome with terror; the rest of us watched with one eyeball and let the other eyeball rest. This movie is a bit of a puzzle for us, as my husband and I are both convinced that we only show it to the kids because the other one desires it. I don’t even like Abbott and Costello, so I guess that settles that. Why would you watch Abbott and Costello instead of the Three Stooges? Other than Lon Chaney, Jr.?

The older kids were too worn out to deal with the scary DVD we rented, Diabolique, so we watched Army of Darkness again.  Still funny. But the next day we went to Mass and I told my son I was going to write the grandparents’ names in the Book of the Dead, “UM, I mean ‘Book of the Deceased.'”

This is the kind of thing that gets us quietly taken off the LifeTeen email tree.*

*Not really. They are very  nice.

a bunch o’ Sibelius, because it’s his birthday, and I’ve had just about enough. I do like singing hymns set to “Finlandia,” though, unless the words they choose are “This is my song.”

My country’s skies are bluer than the ocean,and sunlight beams on cloverleaf and pine;but other lands have sunlight too, and clover,and skies are everywhere as blue as mine:O hear my song, thou God of all the nations,a song of peace for their land and for mine.

What, are you saying God is racist? That’s just weird. 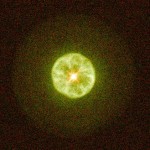 November 3, 2015 Bagels from Heaven, very imperfect contrition, and conversations with the dead
Recent Comments
7 Comments | Leave a Comment
Browse Our Archives
Related posts from I Have to Sit Down