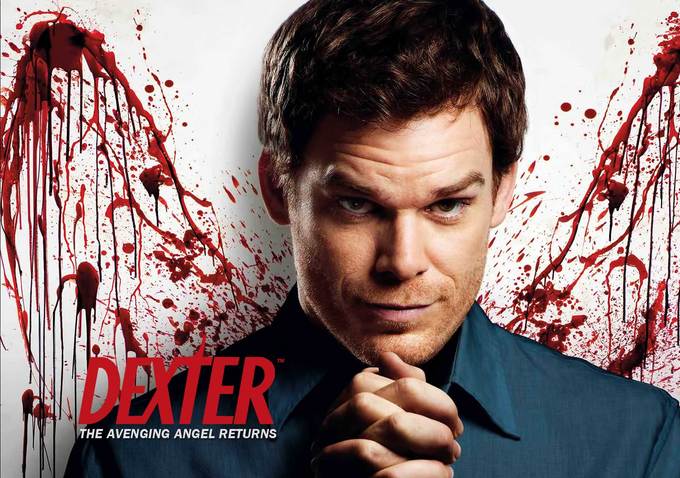 I wondered on Facebook about Dexter’s theology in last night’s episode (season premiere) as well as all last year – which I missed (by choice). But for some unexamined reason I am drawn to Dexters murderous psychopathology.

Given that I recently took a vow of non-violence I am thinking in expanded ways about what I watch.

One of my nieces responded to my query about Dexter’s theology with a link to this excellent article “Dexter’s Theology: Shedding Blood in God’s Name”. The author, Christian Platt,  writes on his blog at Sojourners:

It’s love that redeems, and love requires no blood to be spilled in order to exist, or else it’s not really love. There’s no such         thing as conditional love; love never comes with an asterisk, a caveat or fine print. It is whole, complete and absolute in and of itself.

Justified violence may be culturally acceptable. It may even be considered Biblical in some cases. But it’s not Christ-like.

Last Saturday at a Pax Christi retreat led by John Dear, SJ, at Loyola Marymount University here in LA, he spoke briefly, when responding to a question, about the harmony, if you will, between the Catholic Church in the US and the US government at war. I did not know that the USCCB (United States Conference of Catholic Bishops) began as a war organization: Handbook on the National Catholic War Council (1918), note Cardinal Gibbon’s introduction especially.

October 1, 2012
Les Miserables preview: live singing (I dare you not to cry)
Next Post

October 3, 2012 "Babette's Feast" and the Goodness of God (celebrating 25 years)
Recent Comments
0 | Leave a Comment
"When did this receive and Academy Award?"
Chrys Who Invented the “Jump Shot”? New ..."
"Character matters. Yeah? What then? Look what sort of character is running to grab power ..."
ounbbl The Hopeful Relevance of “The American ..."
"lol wut"
Bloodeagle 1917 is a relentless video game-like ..."
">To each their own I supposeSo you admit you wasted your time writing what you ..."
GoldRushApple Doubt the Movie
Browse Our Archives
get the latest from
Entertainment
Sign up for our newsletter
POPULAR AT PATHEOS Entertainment
1