NOAH is not your typical robe-and-sandal Bible movie 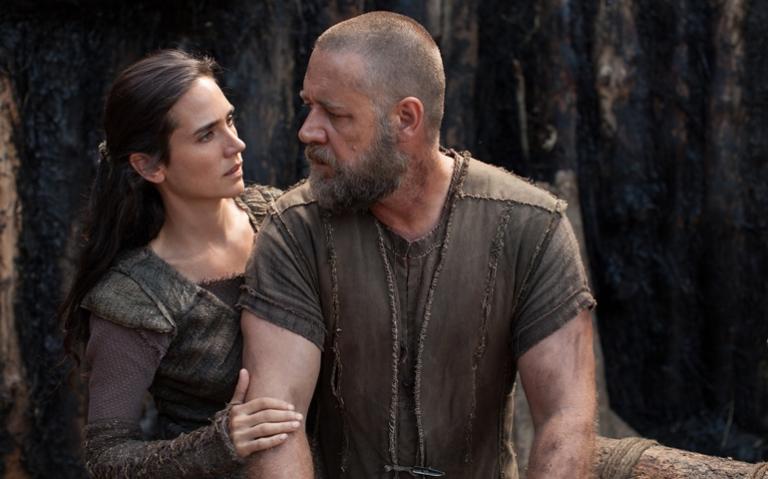 There is no doubt that Darren Aronofsky’s epic “Noah” draws from post-apocalyptic images and gives a nod to science fiction and the popular vampire genre to tell the story of Noah, the grandson of Methuselah.

And Aronofsky has done his Bible-storytelling homework. The entire narrative has the feel of an oral storytelling culture, with the use of repetitive “chiastic” or “ring” structure so hearers will remember. The film begins with the creation story in images, then over and over, Noah tells his family about the Creator and the six-day creation story that includes the first temptation, the fall, and the role of the devil in bringing paradise to an end. Sin is alive and well in Aronofsky’s “Noah.”

As a child, Noah (Dakota Goyo) witnesses the death of his father, Lamech (Marton Csokas), by a band of marauders looking for food in a barren landscape. The earth has been consumed. As a man, Noah (Russell Crowe), his wife, Naameh (Jennifer Connelly), and their two sons, Shem (Douglas Booth) and Ham (Logan Lerman) — young Japheth (Leo McHugh Carroll) comes along later — live in isolation to survive the decadence and violence of human behavior.

In dreams, Noah believes the Creator is telling him a flood is coming that will cleanse the earth and bring new life. He makes a journey to see his grandfather, Methuselah (Anthony Hopkins), and verify the Creator’s mandate. Noah and Shem come across a young girl, Ila (Emma Watson), who has been left for dead by her people. They bring her into their family and heal her severe injuries. It seems she will never be able to bear children.

In the wasteland, trees begin to grow, providing the wood needed. The fearsome Watchers (mythic creatures, half human and half heavenly, called Nephilim in Genesis) decide to help Noah and his family build the ark, the vessel where the innocent creatures will abide until the waters subside.

When a horde of people, led by the king, Tubal-cain (Ray Winstone), arrive demanding a place on the ark, Noah and Naameh have a conversation about what they would do to save their family, even killing if necessary. But Noah is a peaceful man, and the idea of killing any creature is abhorrent to him. But he admits that if he must, he will kill to defend his loved ones.

As the ark nears completion, the animals begin to arrive. First the birds, then snakes. Naameh burns an herbal sedative that causes the animals to fall asleep for the duration of the journey.

Then the rain begins.

“Noah” is not the typical robe-and-sandal Bible film we have become used to. Aronofsky has broken open the story of Noah (Genesis 5:29-9:29) and … CLICK HERE TO CONTINUE READING AT NCRONLINE

March 29, 2014 Cesar Chavez - my on camera review
Recent Comments
0 | Leave a Comment
Browse Our Archives
get the latest from
Entertainment
Sign up for our newsletter
POPULAR AT PATHEOS Entertainment
1