‘Klansville USA’ on PBS outlines the 1954 rise of the KKK 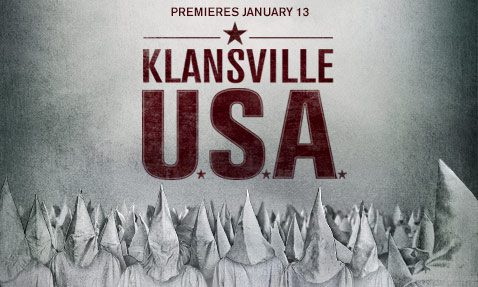 “Klansville U.S.A.” is a relatively short film that documents a portion of U.S. history that few may be aware of: the rise of the Ku Klux Klan in North Carolina after the Brown vs. Board of Education Supreme Court decision in 1954 that effectively began the dismantling of institutionalized segregation.
There is an especially poignant and tragic connection between this documentary and the new major film release “Selma,” now in theaters: voting rights activist Viola Liuzzo, who was killed by KKK members on March 25, 1965.

After the suppression of the KKK in 1871, other groups took up its violent mission to reinstate white supremacy in the South. But in 1915, the release of Hollywood blockbuster D.W. Griffiths “Birth of a Nation” glorified the KKK. The group organized, recruited members and spread beyond the South, even including, briefly, parts of Canada. At its height, the KKK as a “fraternal organization” claimed between five and six million members. Corruption and internal divisions led to a huge decrease in membership in the early 1930s.

The most successful Grand Dragon, or national head of the organization, in the country was Bob Jones, of North Carolina (not to be confused with Bob Jones, Sr. and Bob Jones, Jr. at Bob Jones University in South Carolina, though they have their own history with racism.)

Born poor and labeled “white trash,” Jones struggled to make a living. He found a home in the KKK however, and in 1963, with the rise of the Civil Rights Movement, he applied for a membership charter from the United Klans of America. Jones tapped into the fear and resentment of the white working poor, and grew the KKK in North Carolina into the largest Klan organization in the country. Jones used hate-filled, racist rhetoric but turned the group away from violence to maintain the KKK as a political force. The group maintained a militarized look.

The string of murders attributed to the KKK — notably that of Liuzzo — internal strife, and investigations by the FBI, led to the demise of Jones’ empire.

“Klansville U.S.A.” makes the claim that the heritage of Jones is a more subtle and insidious form of racism that is with us today.

Given the deaths of black men and youths by police in recent months, Klansville U.S.A. is a more important and relevant film than I bet the producers ever thought it could be.

Narrated by Oliver Platt, it is produced and directed by Callie T. Wiser. The documentary is based, in part, on the book Klansville, U.S.A.: The Rise and the Fall of the Civil Rights era-Ku Klux Klan by David Cunningham, taking its place in the canon of films about civil rights in America.

January 19, 2015 'Broadchurch' Season Two starts March 4
Recent Comments
0 | Leave a Comment
"lol wut"
Bloodeagle 1917 is a relentless video game-like ..."
">To each their own I supposeSo you admit you wasted your time writing what you ..."
GoldRushApple Doubt the Movie
">neither of the main characters seemed to care about the welfare of the black child ..."
GoldRushApple Doubt the Movie
"WTF?"
Richard B ‘The Curse of La Llorona’ gives ..."
Browse Our Archives
get the latest from
Entertainment
Sign up for our newsletter
POPULAR AT PATHEOS Entertainment
1