Just wanted to share this news with you so you can program your DVR. This is a fascinating look at older films and why they were condemned or found offensive and objectionable by the Legion of Decency. I am the host for about 17 or 18 of the films, usually the first 3-4 of the evening (each Thursday during March.) My approach is cinematic, historical and educational. Some of the films once deemed “condemned” were revisited years later and reclassified by the National Catholic Office for Motion Pictures (that succeeded the Legion of Decency) or the Office for Film and Broadcast (that succeeded the office for motion pictures.) Its so interesting – I hope you will be able to tune in, especially on March 3 when the series launches. Feel free to comment on Facebook or here. Here’s TCM’s press release from earlier today: 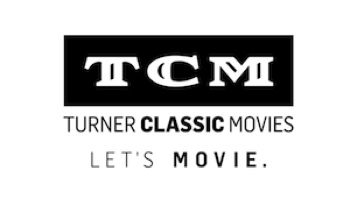 The Catholic Legion of Decency

Turner Classic Movies (TCM) will travel through the decades to explore a little-known aspect of film history: the powerful influence the Catholic Legion of Decency held over the movie business in the United States for more than half a century. Throughout the month of March, TCM will present Condemned, an expansive, 27-film programming event that will delve into the story of the organization that dedicated itself to protecting American audiences from “objectionable” content and explore the impact the legion had on how movies were ultimately produced and edited to avoid being labeled. Programming begins Thursday, March 3 at 8 p.m. and airs every Thursday throughout March with primetime screenings hosted by Sister Rose Pacatte, member of The Daughters of St. Paul, founding director of the Pauline Center for Media Studies and celebrated film reviewer.

Founded in 1933, the Catholic Legion of Decency was dedicated to combating objectionable content in films, often of a sexual nature, from the viewpoint of the Catholic Church. The Legion distributed a list of ratings for films, classifying them as A (morally unobjectionable), B (morally objectionable in part) or C (condemned). The Condemned programming slate will explore these films, screening 27 movies that were either condemned or found objectionable by this influential organization. Key programming highlights include:

“We’re always looking for creative ways to explore film history through various viewpoints and this month-long programming slate provides fans with a different perspective in order to view these films through a new lens. ” said Charles Tabesh, senior vice president of programming for TCM.

To view a trailer for Condemned, please click here. For a full schedule, please visit tcm.com/condemned

Additionally, fans are able to watch TCM whenever and wherever they want via http://www.tcm.com/watch and the Watch TCM mobile apps by logging in with a user name and password provided by their TV service provider. Watch TCM features streaming of the network, industry leading in-depth movie information, as well as more than 300 titles available on demand each month.

Sister Rose Pacatte, FSP, is a Catholic sister. She is a member of the Daughter of St. Paul and the founding director of the Pauline Center for Media Studies in Culver City, CA. She is originally from San Diego, CA and has been a Daughter of St. Paul since 1967. Rose has an MA in Education in Media Studies from the University of London and a Certificate in Pastoral Communications from the University of Dayton. In addition to being a course designer and facilitator for the University of Dayton’s online faith formation program, she does catechetical film reviews for RCL Benziger, She is the award-winning film columnist for St. Anthony Messenger and contributor to the National Catholic Reporter (http://ncronline.org) on film and popular culture. She also hosts the Jesuit-sponsored online program “The INNdustry with Sister Rose on the IN Network.”  She has co-written several books on scripture and film (Pauline Books & Media) and two books on media literacy education (Pauline Books & Media and St. Mary’s Press.) Her latest book is Martin Sheen: Pilgrim on the Way (Liturgical Press). She is currently writing a life of St. Hildegard of Bingen for Pauline Books & Media and a biography of the artist Corita Kent for Liturgical Press. Her blog, “Sister Rose at the Movies”  is currently ranked in the top 130 church blogs in the United States.

Sister Rose gives seminar and workshop presentations on media literacy, communications, and film and spirituality in North America and internationally.

Turner Classic Movies (TCM) is a two-time Peabody Award-winning network that presents great films, uncut and commercial-free, from the largest film libraries in the world highlighting the entire spectrum of film history. TCM, which is available in more than 85 million homes, features the insights of hosts Robert Osborne and Ben Mankiewicz, plus interviews with a wide range of special guests and serves as the ultimate movie lover destination. Currently in its 22nd year as a leading authority in classic film, TCM offers critically acclaimed series like The Essentials, hosted by Robert Osborne and Sally Field, along with annual programming events like 31 Days of Oscar® in February and Summer Under the Stars in August. TCM also directly connects with movie fans through events as the annual TCM Classic Film Festival in Hollywood and the TCM Classic Cruise, as well as through the TCM Classic Film Tour in New York City and Los Angeles. In addition, TCM produces a wide range of media about classic film, including books and DVDs, and hosts a wealth of material online at tcm.com and through the Watch TCM mobile app.

TCM is part of Turner, a Time Warner company. Turner creates and programs branded news; entertainment; animation and young adult; and sports media environments on television and other platforms for consumers around the world.

February 20, 2016
This is your brain on God - NatGeo "Brain Games" new season
Next Post

February 26, 2016 'Eddie the Eagle' -- The other 1988 Olympic story
Recent Comments
0 | Leave a Comment
Browse Our Archives
get the latest from
Entertainment
Sign up for our newsletter
POPULAR AT PATHEOS Entertainment
1