“Man of God” tells of an Eastern Orthodox saint for everyone

Nektarios (Aris Servetalis) is a priest in Alexandria, Egypt in the late 1800s. He was born in Turkey, however, and this lack of Greek citizenship becomes an obstacle and source of suffering during his entire life. The people of Egypt revere him because he is kind, gentle and helps the poor. This makes other priests jealous, and they fear he will be elected the next metropolitan archbishop of Alexandria and Cairo. They slander him and he is expelled from Egypt without any explanation. Rumors follow him wherever he goes for acts of immorality that are never explained.

He travels to Greece and struggles to find a ministry that can sustain him. Eventually he becomes the head of a state-run high school that is both religious and secular. His assistant, Kostas (Alexander Petrov), is faithful and helpful though he has trouble understanding Nektarios’ Gospel-like approach to attacks on his character and unwillingness to embrace ambition to become a “hierarch” or person of power in the Greek Orthodox church. His asceticism (pronounced as-ket-icism in the film), or spiritual and disciplined lifestyle, is often criticized by those who admire him as well as those who oppose him. 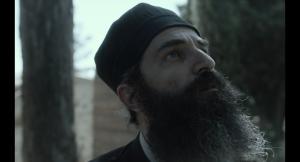 Some young women, led by a one who is blind, approach him and ask him to help them become nuns. He agrees and finds a deserted monastery on an island and with the blessing of the local bishop, accompanies them and helps them rebuild the monastery with his salary, some small donations, and trust in God. But even now, he and the nuns are persecuted when the bishop withdraws his approval. 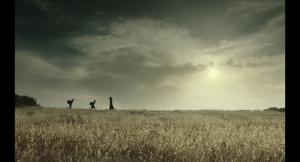 The film was a big hit in Greece when it was released in 2021. But for US audiences who may not be as familiar with the story or the history of eastern Christianity, it is important to know that the Turkish-led Ottoman Empire was Muslim and lasted from the 13th century until 1909. Greece, a mostly Christian country, was conquered in the 15th century and won its independence from the Ottoman Empire in 1829. As mentioned above, Nektarios was born in Turkey and initially educated there, and the intense bias shown by his hierarchical peers, though Nektarios was a Greek Orthodox Christian, drives the film’s narrative.  And if this isn’t enough, when Nektarios is elderly, the Greek secular authorities invade the monastery and accuse him and the nuns of immoral behavior.

In addition to his life of holiness demonstrated through simple charity despite poverty and profound inner suffering, Nektarios was a noted writer of spiritual works and scriptural commentary. He was proclaimed a saint of the Eastern Orthodox Church in 1961. 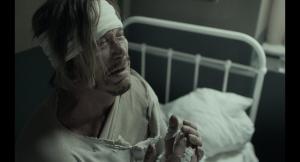 “Man of God” is slow-moving at first and the lack of detail needed to create the story’s context may be frustrating to a viewer in a hurry. I don’t think we find out Nektarios’ name until 30 minutes in and we do not find out Kostas’ name until the last half hour of the film. These faults notwithstanding, the film is written and expertly directed by Yelena Papovic with high production values and warm cinematography. American Oscar-nominated actor Mickey Rourke gets top billing for a brief portrayal of a paralyzed man with just a few lines of dialogue at the end of the film.

“Man of God” is inspiring and offers a life-story that invites our mature reflection, and it arrives with perfect timing during Lent. Anyone interested in church history and ecumenical dialogue will find this story rather fascinating.

“Man of God” will  be released in select theaters nationwide for two days: Monday, March 21, and Monday, March 28 Later online streaming access has yet to be announced.

February 22, 2022
"The Proud Family" returns louder and prouder
Next Post

April 22, 2022 "The Bad Guys" show us how to become good guys
Recent Comments
0 | Leave a Comment
"When did this receive and Academy Award?"
Chrys Who Invented the “Jump Shot”? New ..."
"Character matters. Yeah? What then? Look what sort of character is running to grab power ..."
ounbbl The Hopeful Relevance of “The American ..."
"lol wut"
Bloodeagle 1917 is a relentless video game-like ..."
">To each their own I supposeSo you admit you wasted your time writing what you ..."
GoldRushApple Doubt the Movie
Browse Our Archives
Related posts from Sister Rose Movies