The following was originally posted on May 20, 2003 on my old Blogspot site. The permanent links to those archives have gotten bloggered, and since I’d like to be able to link to this post in the future, I’m reposting it here.

“The most critical time in the history of the world”

What happens to a man to whom all things seem possible and every course of action open? Nothing of course. Except war. If a man lives in the sphere of the possible and waits for something to happen, what he is waiting for is war — or the end of the world.

— Walker Percy, in The Last Gentleman

Jeanne d’Arc at Body and Soul lately has been fruitfully drawing on Chris Hedges’ book War Is a Force That Gives Us Meaning.

The truth expressed in Hedges’ title is true both forward and backward. Just as war can provide a sense of meaning, so too a lack of meaning — or the desire to fill that absence — can provide the cause for war.

A while back, Josh Marshall posted a nasty little piece of hate mail he received that illustrated this point.

It’s the typical supercilious undergrad tone — the kind of thing written by people who want to be Ben Shapiro when they grow small. But one sentence in particular (and yes, this is all one sentence, if not quite one thought) stood out:

This may be the most critical time in the history of the modern world much less of our country; and it is my fervent hope that the American People will remember and appropriately reward those, like you, who have chosen to use this opportunity to forward a political cause, and not incidentally their own careers, by attempting to sabotage an honorable effort to make the world a safer, better place.

You have to love the uppercase “American People” — and I’m guessing this guy never expresses a hope without it being “fervent.” But the important part here is the section I’ve put in bold — that ours is “the most critical time in … history.”

Like many people who blindly support[ed] this war — including perhaps many in the White House and the Pentagon — the writer is desperate for his life to have some greater meaning or purpose than it apparently does. He hasn’t quite managed to stare into the abyss, but he’s taken a quick glance in its direction and seen something deep and dark and frightening that he doesn’t quite know how to deal with.

“All flesh is grass,” the prophet Isaiah said, and “the grass withereth.” This guy, understandably, doth not want to wither. He wants his life to matter, to mean something. He wants to be remembered after he is gone.

He has given this war a metaphysical, religious significance. For him, the war isn’t about oil, or “liberating” Iraq, or overthrowing an evil dictator. It’s grander than that — grander even than the dreams of empire that seem to be motivating Cheney, Perle and Wolfowitz. This war is an attempt to give his life meaning by turning our times into “the most critical time in the history of the modern world.” If our times are meaningful, he hopes (fervently), then our lives must also be meaningful.

The writer gives his life meaning by taking a part in this great, epochal, transcendent struggle.

And note how easy, how undemanding of sacrifice, it is for him to play a role in this epochal, historic event. All he has to do is watch Fox News and fire-off the occasional sophomoric e-mail — maybe even wave a flag, attend a corporate-radio rally, or rename some snack food.

This letter-bomber is not the only one narcotizing his existential crisis with an enthusiasm for “shock and awe.” This is widespread — it’s one of the reasons it is nearly impossible to have a civil conversation with our fellow Americans who believe — or want to believe, or need to believe — Bush’s baseless arguments for capricious war.

In terms of pure shock and awe, however, nothing in the Iraqi adventure compares to the gut-wrenching, paradigm-shattering, constitution-shredding shock and awe Americans experienced on September 11, 2001. As we watched the towers fall and the Pentagon burn we experienced shock, awe, and a powerful, inseparable admixture of fear, anger, sorrow, pride and love. But there was also something else, unseemly and almost unmentionable — the perversely giddy rush of vicarious significance.

On September 10, 2001, as in Thoreau’s day, the mass of Americans were living lives of quiet desperation but then — as nearly every observer proclaimed — everything changed.

A few writers took advantage of the anonymous forum provided by Salon’s “forbidden thoughts about 9/11” feature to express this:

When the towers started collapsing and all chaos broke loose, I felt actual excitement. Here was an event that broke banality. Finally, here was something meaningful. I had grown so tired of the meaningless fluff our continent had become so enamored with. Here was an issue of raw emotions. I was glad that this was happening to snap people back into reality, to snap them back to mortality. My last sinful thought was that of genocide — lets just send nuclear missiles to all of the Middle East and let it be done once and for all.

Such feelings were of course taboo, but they were hardly unique to “Name Withheld.” Josh Marshall’s letter-writer, like many supporting the war on Iraq across the blogosphere, expresses the very same perverse thrill:

“I felt actual excitement … here was something meaningful …”

The voices are different, the sentiments the same. Both are driven by a similar need to break through banality and ennui with the vicarious thrills afforded by war.

A whiff of something similar can be detected in the strangely envious plaudits baby boomers heaped upon the “greatest generation.” Look a little closer and there’s a hint there of something like “They’re lucky. I wish we had a Hitler we could go fight.” Little surprise, then, that mingled in with the horror of our own Day of Infamy was that taboo thrill and something like an unspoken, “At last.”

We Americans are the wealthiest, most educated people the world has ever seen. We are a people and a nation to whom all things seem possible and every course of action is open.

What happens to a people to whom all things seem possible and every course of action open? Nothing of course. Except war. If a nation lives in the sphere of the possible and waits for something to happen, what it is waiting for is war — or the end of the world.

The great struggle being waged by President Bush and his supporters is not really about making “the world a safer, better place.” It’s not even really about an imperial “Pax Americana.” It’s about the search for meaning by a people so bored, complacent, comfortable and desperate for significance that for them war gives birth not only to terrible beauty but to terrible joy.

“There comes a time in the late afternoon, when the children tire of their games,” G.K. Chesterton wrote. “It is then that they turn to torturing the cat.”

It is late afternoon in America, and tired at last of our meaningless games, we’re looking for a new source of excitement. 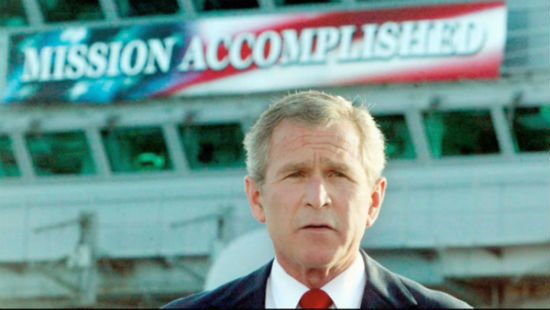 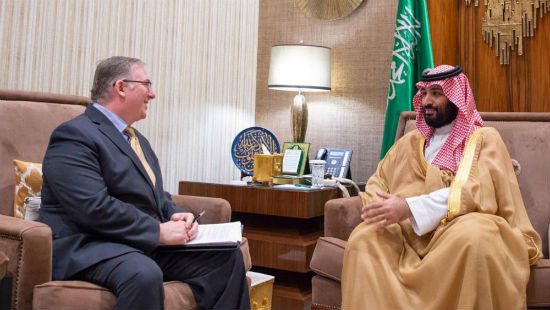