The pattern is the usual one. 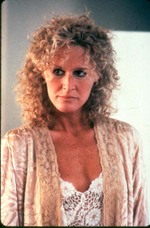 Step 1: Someone gets his (usually “his”) username/IP address banned from an online forum for generally acting like Glenn Close in Fatal Attraction.

Step 2: He gets a new username/IP address to sidestep the ban and his first post, always, is some variation of “I won’t be ignored, Dan!”

Step 3: Lather, rinse, repeat and demonstrate four out of five of Kubler-Ross’ stages of grief in long angry-denying-depressed-bargaining screeds that demand a detailed response to a long series of enumerated points and sub-points.

“Christian Mantras: Hearing from God When You’re Deconstructing”
Mantra meditation can be an effective way for Christians to hear from...
view all Progressive Christian blogs
What Are Your Thoughts?leave a comment
Copyright 2008-2021, Patheos. All rights reserved.
Close Ad